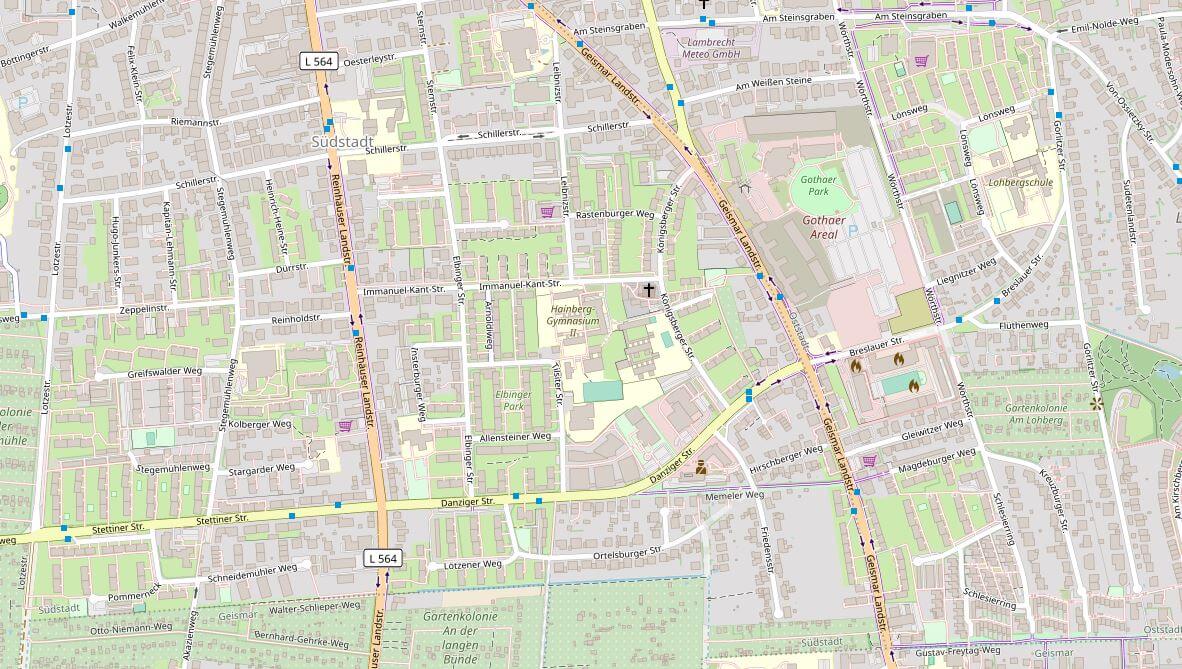 When exploring the south of Göttingen you will find a lot of streets named after former German cities. Cities that you can still find on maps but that have new names. Cities that Germany lost after World War II. And these streets are all lined-up along an axis that begins with the street Stettiner Straße (Szczecin) that becomes the Danziger Straße (Gdańsk) and later turns into the Breslauer Straße (Wrocław).

Why is that? On July 20th, 1951, the city council of Göttingen decided to use the streets in this area to remember the ‘lost’ German cities in the east. It should show the strong connection of the city to the former German areas now belonging to Poland, Lithuania and Russia. Many refugees from areas like Masuria, Pomerania, Silesia and East Prussia passed Göttingen after World War II because of the Grenzdurchgangslager Friedland which was built to help them arrive. Many settled in our region.

With them came my two grandmothers – one from Breslau (Silesia, now: Wrocław, Poland) and one from Allenstein (East Prussia, now: Olsztyn, Poland). Many people from the former Ostgebiete had a strong connection to their former home during their life and some wanted to have the signs of Silesia, Masuria, Pomerania or East Prussia on their tombstones; still today a source of conflicts. But most names are nearly forgotten today. Elbing? Goldap? Insterburg? Brieg? Bunzlau? Waldenburg? People living in the streets named after these cities might most often not know about the origin.

Around the Stettiner Straße (Pomerania)

Around the Danziger Straße (East Prussia, Masuria and other regions)

Around the Breslauer Straße (Silesia)

I remember that as a child I once travelled with a group of older people to Wrocław and one of them asked: ‘Will this here ever be part of Germany again?‘. I still today can recall the voice of my father responding: ‘It is now part of Europe and if you want to live here, you can!‘. That is one of the facets of the European Union that helps to preserve peace in Europe. And why shouldn’t they consider returning? Wrocław is a wonderful city, Gdańsk is like a fairytale and even Olsztyn in the poor east of Poland has its allure – autumn is simply amazing at Warmińsko-Mazurskie!