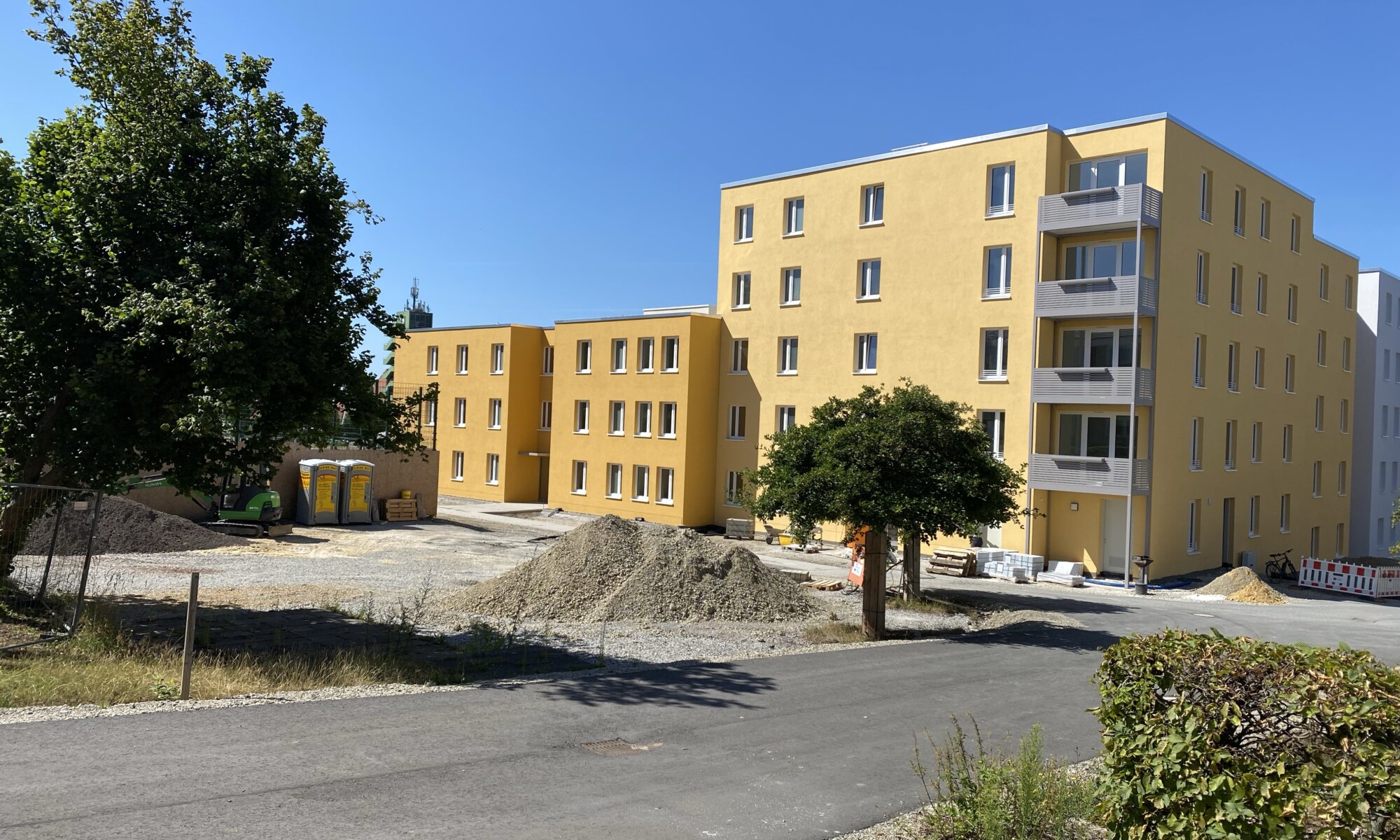 The Ebertal is an area of Göttingen that has a bad reputation, at least for older people. It was created as a PoW camp, became an emergency accommodation after World War II and then temporarily was seen as socially problematic area with a lot of youth crime. Currently it is completely rebuilt and thoughtful politics will lead to a good combination of inhabitants and a high living quality.

The Ebertal is located in the southern part of the city and surrounded by the streets Am Steinsgraben, Wörthstraße, Breslauer Straße and Görlitzer Straße. Some houses north of the Steinsgraben additionally belong to it. The area is located underneath the Zietenterrassen (former military grounds) and not far away from the city center giving good access to the bars, restaurants and shops of the city.

The city quarter has a primary school (Lohberg-Schule) and a kindergarten. You can find a REWE supermarket with a bakery, a hairdresser, a bicycle repair shop and an Italian restaurant north of it. In the South at the Geismarlandstraße there is a bakery which is open also on Sunday mornings and a gas station including a DHL Packstation if you want to receive packages while not being at home.

Heart of the area is the AWO-Häuschen am Lönsweg (named after the social organization Arbeiterwohlfahrt). It is a neighborhood center next to a green area with a playground offering different opportunities to get to gather and lending tools. The people of the Ebertal, the Ebertäler, are friendly people and somehow bound to this area. Few people move away which currently leads to rather old people living there. Due to the very old buildings people with lower income and migration experience live there.

The connection of the city quarter by public transport is good: three bus lines connect the area to the city center, the railway station and different other city quarters. In the North the lines 71/72/73 stop at Lönsweg and Am Steinsgraben bringing you up the mountain and to Grone. In the West you’ll find the stops Gothaer Platz and Geismarlandstraße where busses 21/22 stop also going up to the Zietenterrassen and in the other direction to Nikolausberg. In the Southeast at the Breslauer Straße and Görlitzer Straße you can access the lines 91/92 going to Herberhausen and Roringen, but the line takes a long trip through Geismar and the southern city.

From PoW camp to emergency accommodation

In 1914 shortly after the advent of World War I the Ebertal was used to create 200 barracks for 10,000 prisoners of war. It was close to the military barracks and French, Italian, British, Russian and Belgian soldiers were detained there and forced to work. After World War II the barracks were needed as emergency accommodations and workers were living there.

In 1980 the Ebertal was seen as a socially problematic area with a lot of youth crime. By different measures, including leisure time facilities for young people, the situation could be changed. An important role was played by the sports club S.C. Hainberg that offered activities to many people. It was located within the Ebertal until the late 1990s, then it moved to the Zietenterrassen above.

As the Ebertal was needed as a permanent residence the barracks had to be replaced in the 1960s. In between the barracks new houses were built house by house and after the people moved in the barracks were removed.

Now, after additional sixty years the houses don’t suit the need anymore and because of the used material most of them can’t be simply renovated. Therefore over a period of ten years again new houses will be built while the people remain in the Ebertal – and house by house they move into new homes. The new houses will be higher and standing closer together to increase the number of flats. Modern standards will be applied for heating and isolation, the flats will be barrier-free, equipped with Wi-Fi and photovoltaic cells on the roofs will create energy.

This happens as a part of the federal project Sozialer Zusammenhalt. The area was included in that project in 2019 as the so called Grüne Mitte Ebertal – stating also the requirements on many green areas and especially places for the inhabitants to get together outside. There are regular meetings and also a council to include the inhabitants and local business owners into this on-going redevelopment process.

Where the streets have new names

During this process new places, streets and pedestrian ways will be created. In Göttingen there are currently six times more roads with names of male than of female persons. Therefore it was decided to give roads only the names of female persons until parity is reached. Therefore the Ebertal will have mostly female names on street signs. The new streets and places will be named after:

But not only the Ebertal itself changes: On the neighboring Gothaer area (named after a large insurance company located there) many new flats are created. In 2022 BaseCamp has built 600 all-inclusive, high price flats for students with rich parents. Next to that the company Wertgrund will build 570 flats in 2023 – including a significant amount of housing for people with a lower income. This high number of new inhabitants will also change the face of the city quarter and hopefully bring additional infrastructure like bakeries, bars and restaurants. Let’s see what is going to happen!