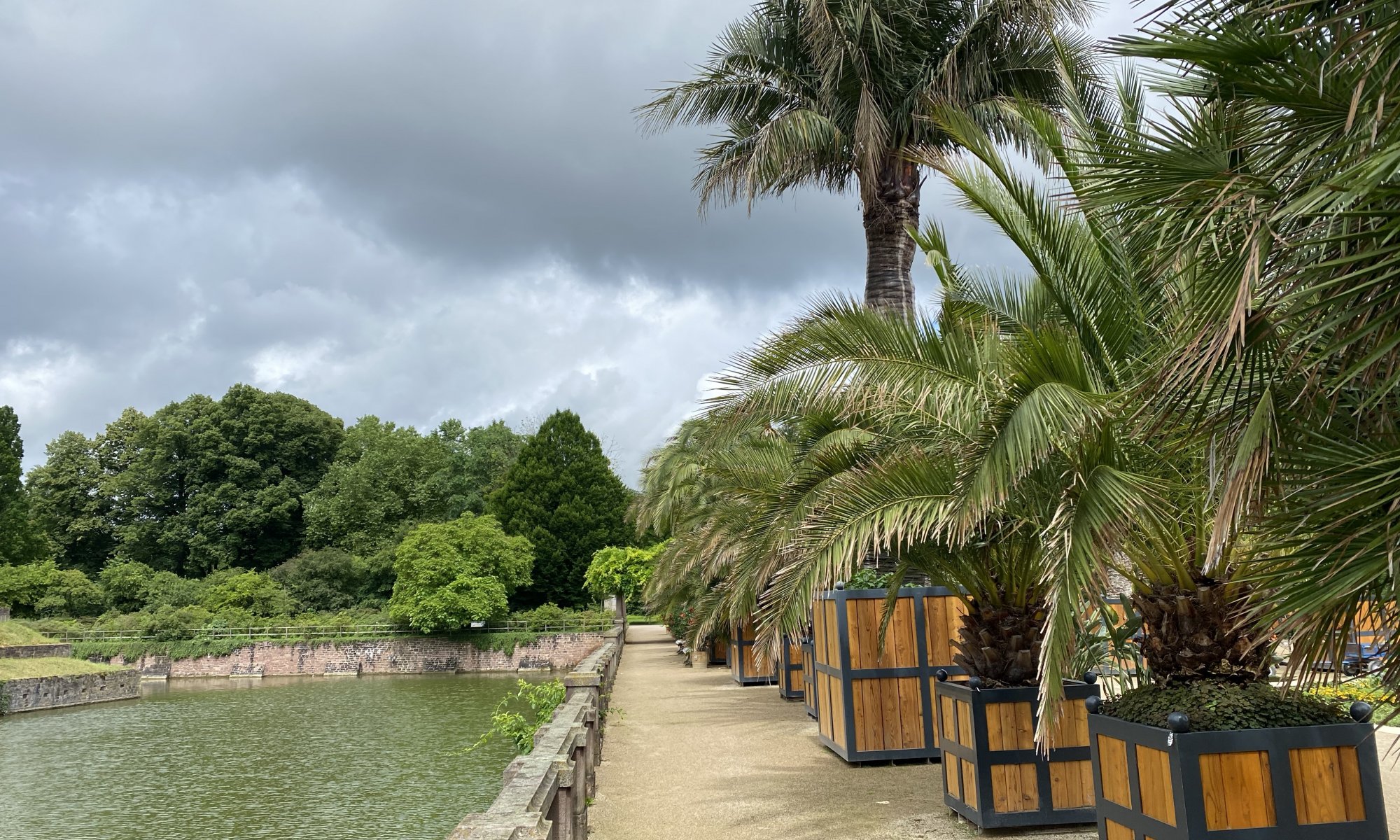 When you get old in Germany or suffer a serious illness then you will most probably have a Kur – a treatment at a health spa payed by your health insurance company. This includes different treatments, courses and sometimes drinking water from healthy springs. For that you’re travelling to a Kurort, a spa town that you can most often recognize in Germany by the town name having a ‘Bad‘ at the beginning. You will have nice walks in a special garden, the Kurpark, where you can relax and often listen to classic music. This is financed by a special tax, the Kurtaxe that everyone has to pay if he visits such a place. And sometimes you also get a Kurschatten (literally a ‘treatment shadow’) a person of the opposite sex that you’re spending most time with. Weird Germany.

At Bad Pyrmont all this exists: there are different springs spread throughout the city from which you can drink water and there is also a source of carbon dioxid used for treatments. Really! The city became well known as a Kurbad already from the year 1556 CE on. When you payed your Kurtaxe you’ll receive a plastic card (the PyrmontCard) opening the gates to the Kurpark. It contains different areas, lakes, fountains, alleys, pavilions for concerts, a Japanese garden and – most famous – a palm garden. In fact, it is the most northern palm garden in Europe! In addition, there is also another Kurpark up the hill – the Bergkurpark which can be accessed without paying an entrance fee. And you should know that some important places are not located within the Kurpark. This includes all the springs and the Hyllige Born, the most important spring.

2 Replies to “Most northern palm garden in Europe”