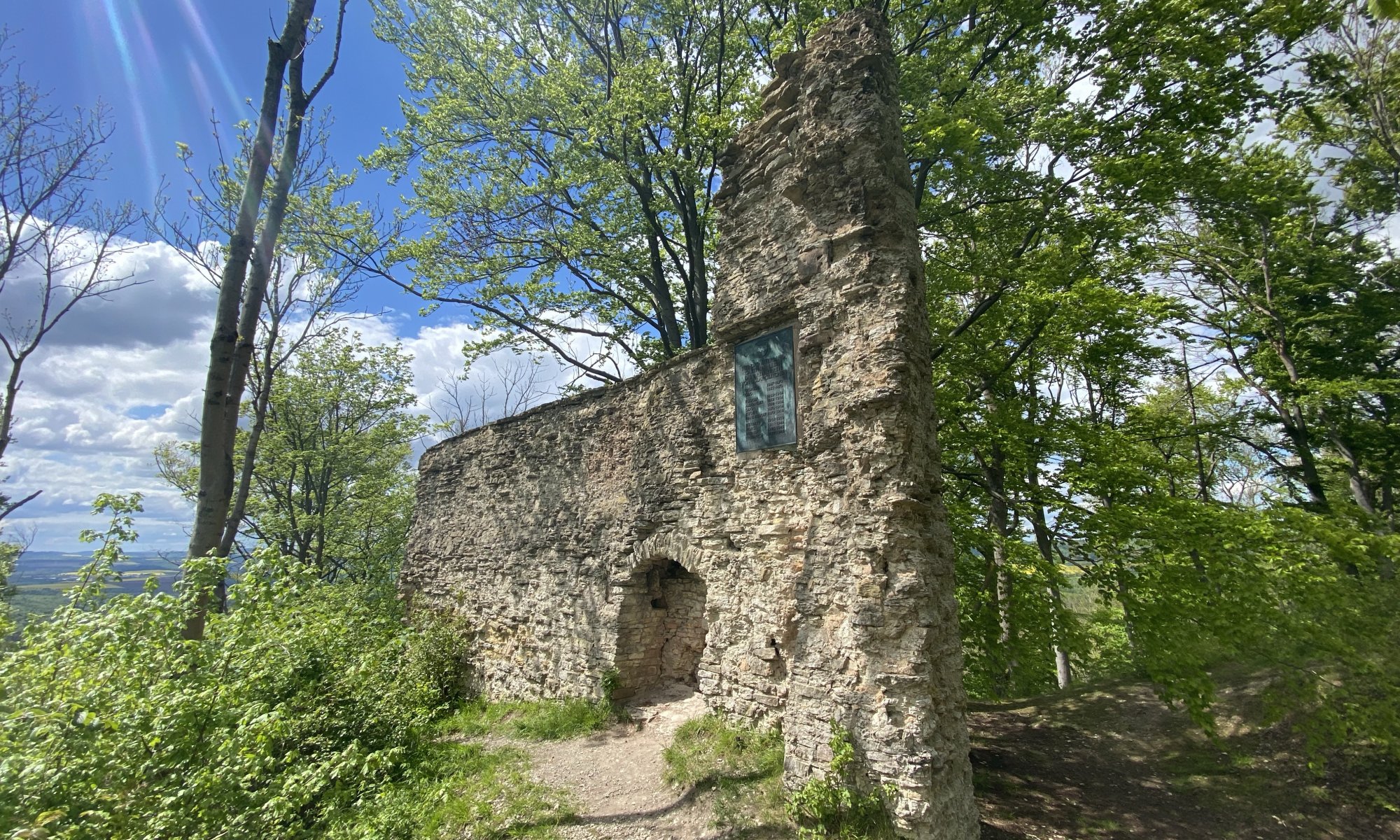 Fields of wild garlic, two mountains, two castle ruins and amazing views – what does one need more for a nice excursion? If you’re in the mood for climbing a 432 meters high mountain duo and exploring ancient ruins – then make your way for the Gleichen at Gleichen, Germany.

On the two mountains consisting of shell limestone two castles were built around the year 1100 CE. They were never conquered but given up in the 16th century as they were not needed anymore. Today you can still see some remains of the fortresses. On the Neuengleichen there is a protective hut, a rest area and a nice viewing platform. You can find some structures of a former inn at this location and it is possible to climb up to the former plateau of the castle – but there is nothing left.

Much more interesting is the castle ruin Altengleichen which you also can surround. On top, there is a wall and the chimney still standing; the wall also contains a commemorative plaque remembering the fallen members of the house of Uslar-Gleichen – who were the last owners. But if you’re not into ruins and history you can still enjoy good views and the massive amount of wild garlic growing here. Just remember: once it starts to blossom you can’t harvest it anymore.

A tale says that that the lords of the castles Altengleichen and Neuengleichen had deep conflicts. One of them had no children, the other one had a child. In the end, this child would have inherited both castles and to prevent this, the lord of Neuengleichen sent his servant to kidnap this child and to bring it into the forest. The servant (called Hurkut) did what was requested and afterwards became a hermit living in the forest as a self-chosen atonement. His home can still be visited and is today known as the Hurkutstein.

If you want to get up there are two good options. My most favourite option is to park at Eichenkrug between the two villages Klein Lengden and Benniehausen. Next to the chapel Wittmarshof there are some parking spaces and a round tour from there is a little less than 10 km (and with acceptable inclination). When you need a shorter path then park your car at Gelliehausen, for example, next to the restaurant ‘Die Gleichen‘.

One Reply to “Die Gleichen”