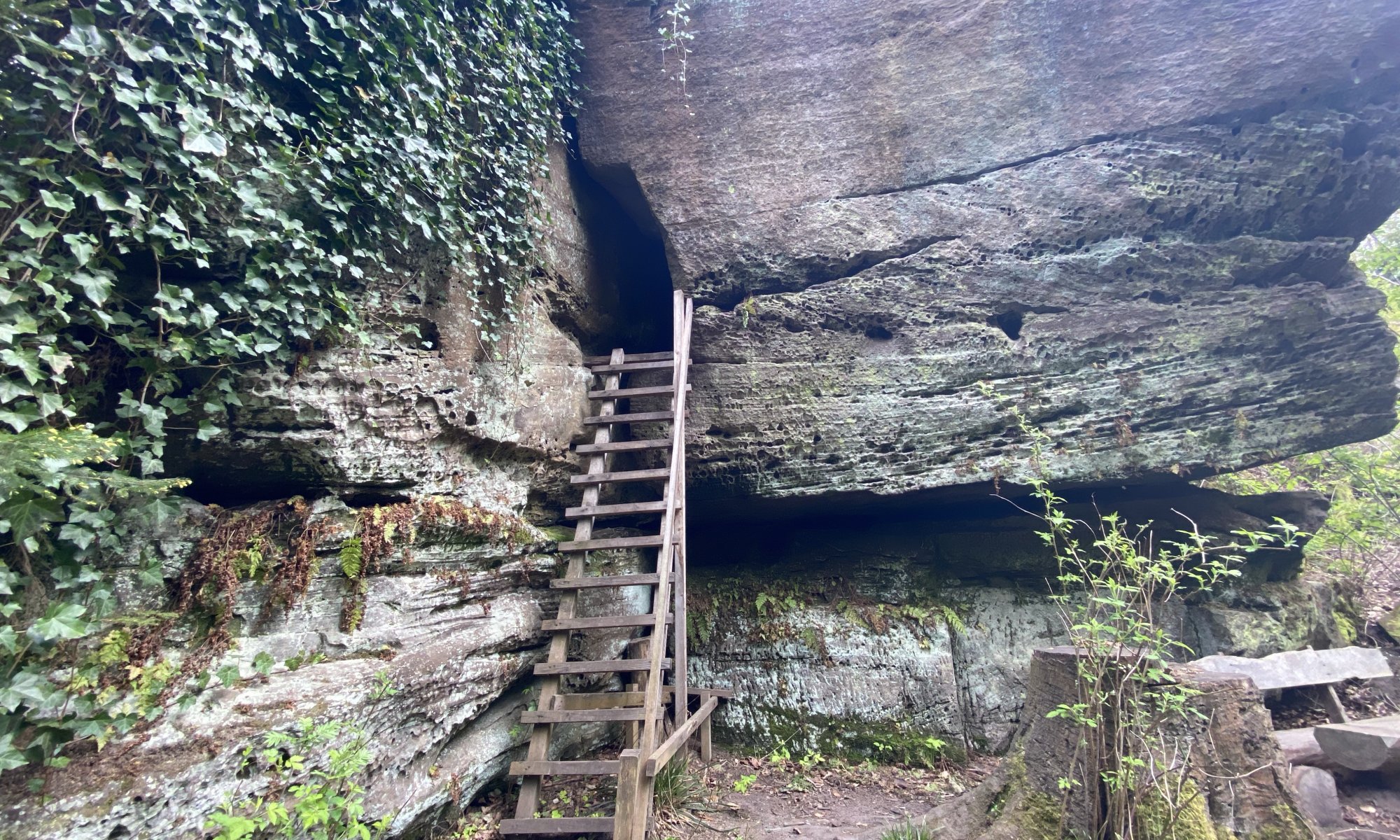 The lower German verb ‘hurkuzen‘ meaning ‘to hide away‘ is very much unknown today – but it gave the name for a nice sandstone formation in the Reinhäuser Wald (Reinhausen forest) near Bremke belonging to Gleichen. Within the rock, you will find a man-made cave at a height of 3 meters in which you can climb via a wooden ladder. Hide for a while but afterwards don’t forget to explore the rest of the region.

A tale says that the hermit Hurkut was living here because he went into the forest as an atonement. Not far away there are two mountains (the Gleichen) on which two castles were standing: Altengleichen and Neuengleichen. The lord of one of these castles had no children, the other one had a child. In the end, this child would have inherited both castles and to prevent this, the lord of Neuengleichen sent his servant to kidnap this child and to bring it into the forest. The servant did what was requested and afterwards became the hermit. And both castles don’t exist today anymore.

A better-documented story is that monk Heinrich Hufnagel created a chapel (‘Zum Heiligen Grabe‘, after the Holy Sepulchre) at this place in the year 1385 and lived there as a hermit. Also the two fishing ponds in front of the rock date back to that time, but the chapel is lost. You can climb the rock in Indiana Jones style using giant roots of the trees on the plateau – a nice little adventure. Afterwards there are two rest areas close to the cave and a little bit underneath if you need a place to relax.

You can find a way up to this area from different sides but most visitors seem to climb up from the Wendebach valley. The problem there is that the large parking area close to the ‘Tagungszentrum Waldschlösschen‘ has been privatized – just go ahead in the direction of Bremke; you’ll see a parking area (the Wanderparkplatz Bremke) on the right hand side. If you climb from there up the hill to the Jägersteine, down to the Hurkutstein and via the Waldschlösschen and in parallel to the road back to your car it is a nice circular route of 10 kilometres length.