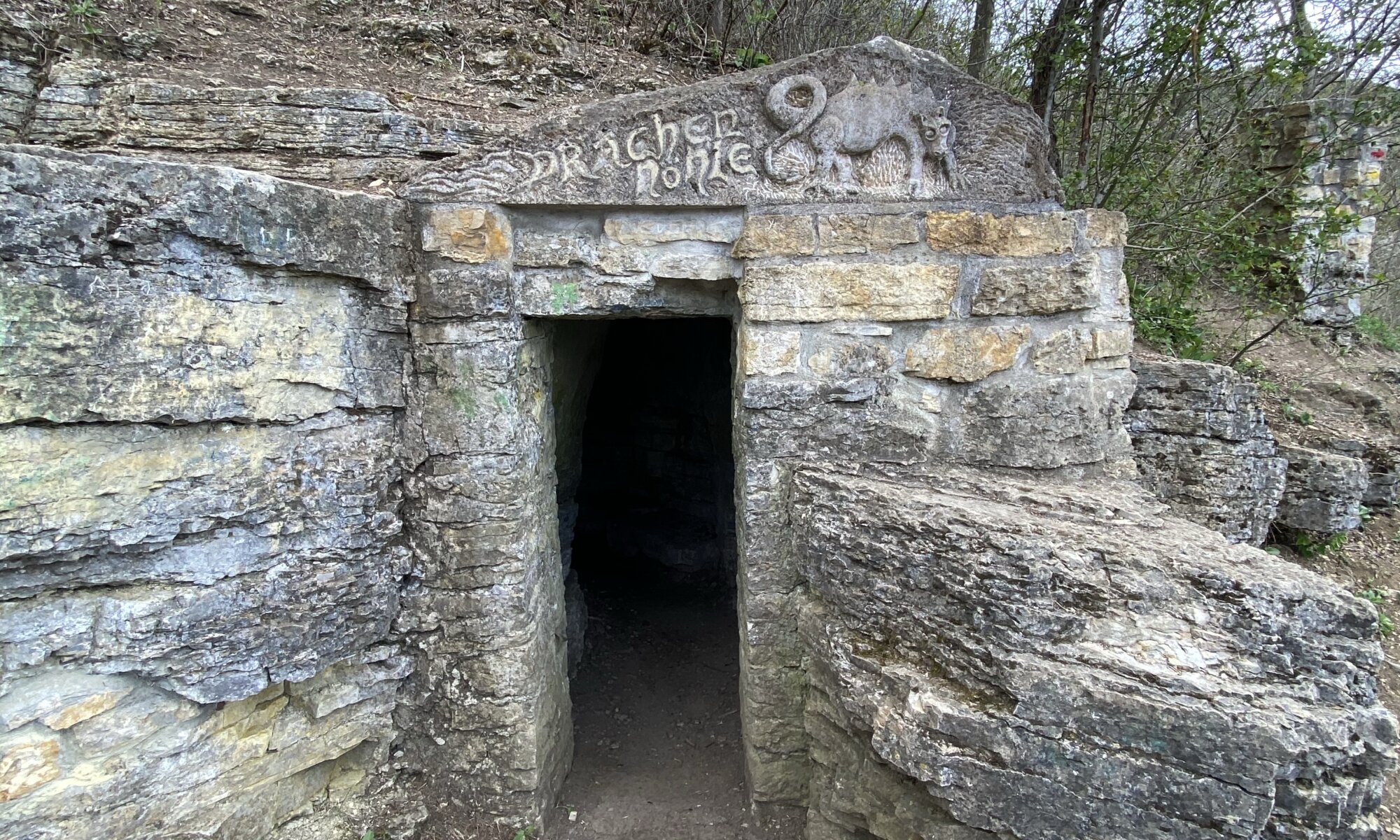 What to do if you’ve got too much money and feel a little bit bored? Just build your own medieval castle! The former district administrator Ludwig von Buttlar ordered the reconstruction of the Wolfhagen castle on the Graner Berg (a mountain named after the former village called Gran) in 1910 – and he paid for it with money from his own pocket. Even today you can still visit the two towers standing next to an airfield for gliders.

This airfield was added in the 1930s on the 315 meters high mountain consisting of shell limestone. Gliding was very famous by that time and during the war the area was used for military purposes – today it is again a civil airfield. From 1946 to 1976 there was gastronomy in a building attached to the two towers. First a very simple one, later a beloved Italian restaurant. After 1976 the buildings were removed.

But the reconstructed castle is not the only reason to visit the Graner Berg: von Buttlar decided that his castle also needs a secret escape tunnel underneath and therefore he wanted to have a narrow cave leading into the mountain. On the outside it is labeled as dragon’s lair (‘Drachenhöhle‘) with the image of a dragon next to out. This cave served as a place for many dares over time and also as a secret storage for food in war times.

Try your luck and challenge the dragon in the dark! But beware the bats sometimes hanging from the ceiling. 😉 Afterwards, you can have a rest on a bench in front of the cave with good views of the valley. The Graner Berg is located two kilometres south of Wolfhagen. Before you climb up the steep mountain you can have a rest at a small hut made of stone labeled ‘Konrad’s Ruh‘ – it is the rest area built by mason Konrad Jordan who created the two towers.