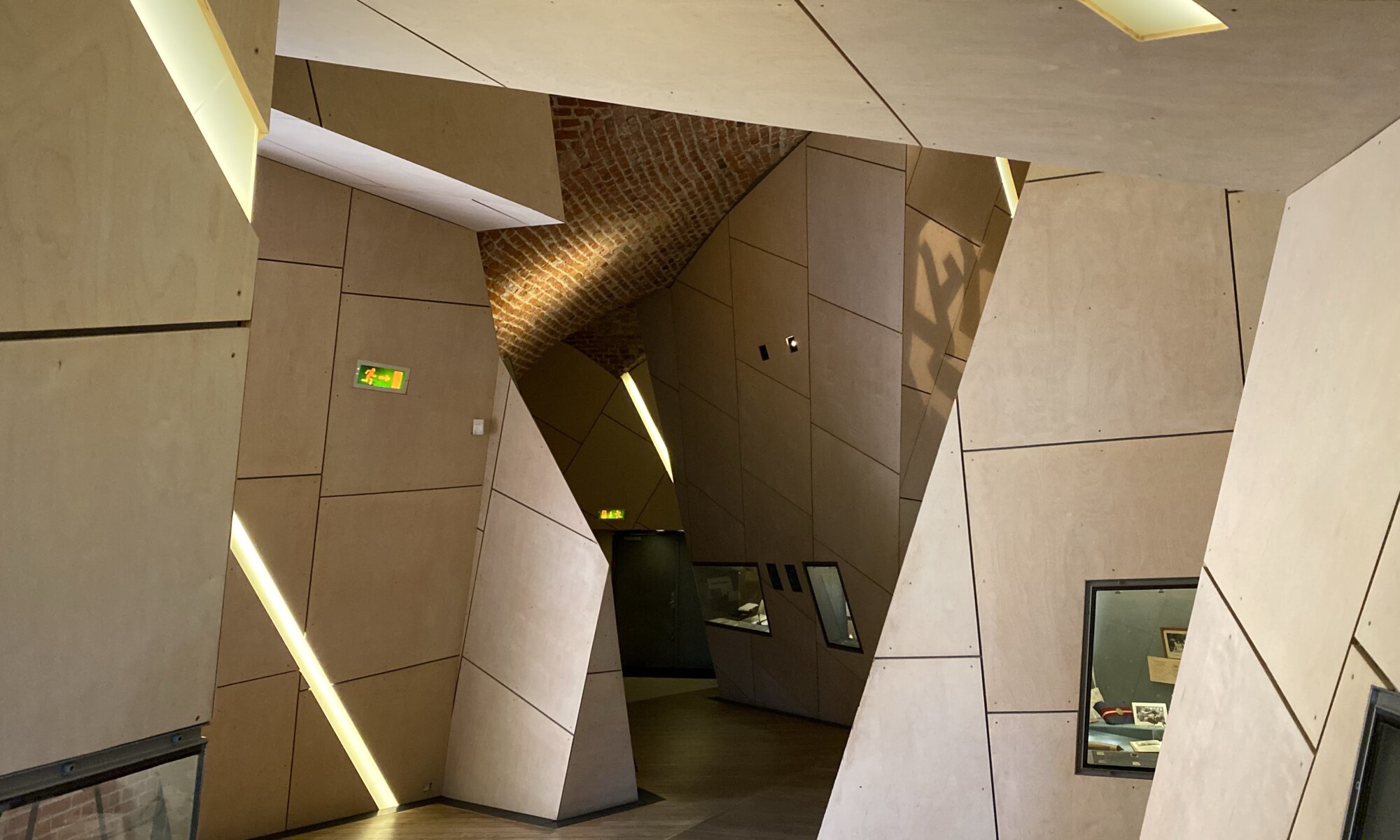 The Dansk Jødisk Museum of København is a place that makes you dizzy and irritates your senses because of its special architecture. The museum was designed by Daniel Libeskind in the same style as the Jewish museum in Berlin and was opened in 2014 – rather late. It is located within Slotsholmen, an ancient building in the city centre which is part of the royal library created by king Christian IV. in 1622.

The museum is rather small and shows two films and a limited number of items, photographs and drawings. But I really enjoyed being there and it is important to have this museum. As the Thora says: Anyone who saves a life is as if he saved an entire world. And the Danish saved many Jewish lives. There have been different Jewish immigration waves into Denmark which are explained throughout the museum. During World War II the country tried to stay neutral (because of high economic dependency and a not very strong military capability) and was invaded by Nazi Germany in 1940.

In 1943 the Nazis intended to deport all Jewish inhabitants but German diplomat Georg Ferdinand Duckwitz got in contact with Danish social democrats and Swedish authorities. With the help of Danish fishermen and the strong support of the Danish people around 7700 Jewish Danes could be evacuated to the safe harbour of Sweden. 450 were deported to the concentration camps Theresienstadt. Sachsenhausen and Ravensbrück. A story that definitely needs to be remembered! The only bad thing is that the museum seems to need police protection today.