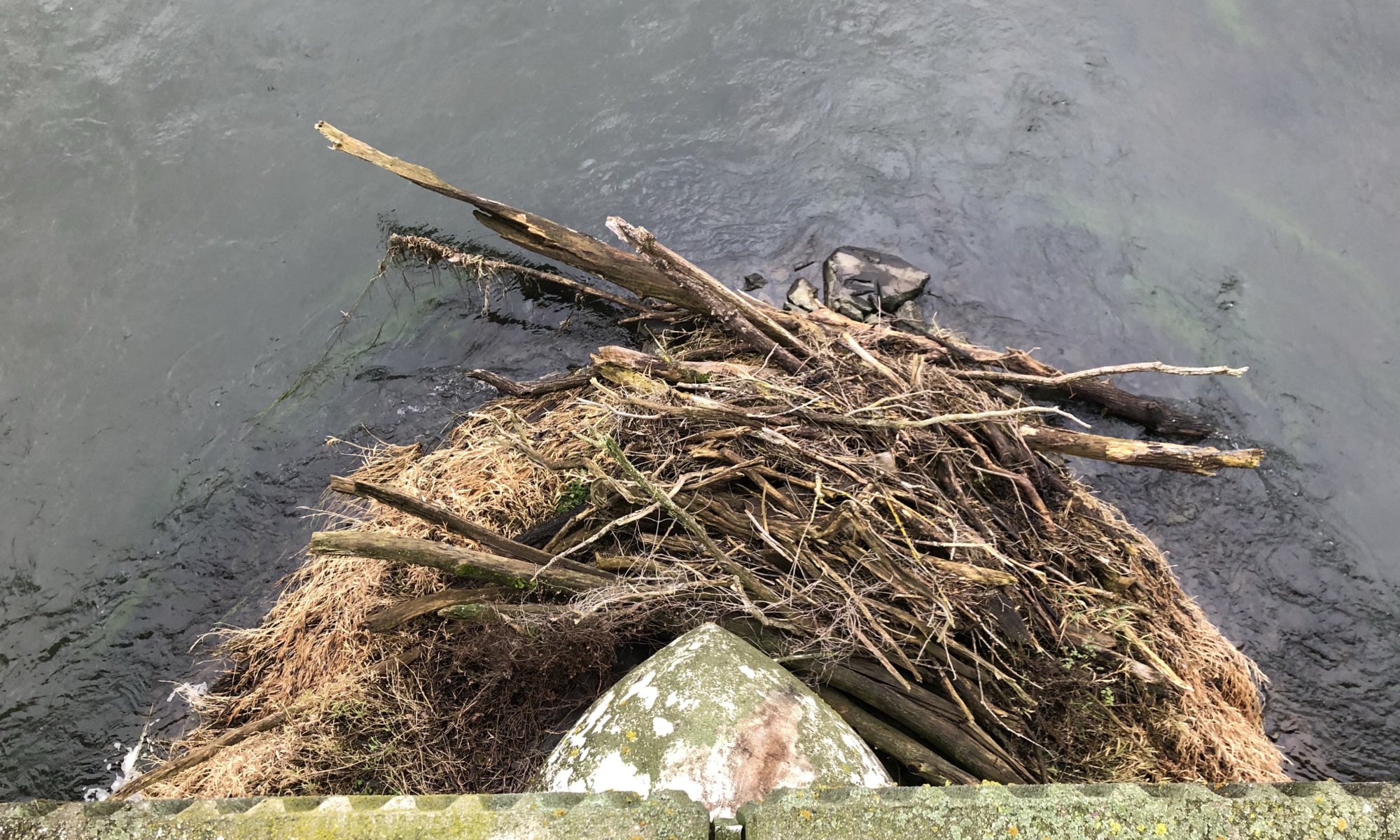 Different stories about bridges could be told at Guntershausen. The village belonging to Baunatal, Germany, is an important railway junction where the tracks from Kassel to Frankfurt (Main-Weser-Bahn) and from Kassel to Bebra (Friedrich-Wilhelms-Nordbahn) meet. Since 1848 a large and beautiful bridge leads over river Fulda, but its centrepiece was destroyed during World War II by the Nazis. It was rebuilt in 1952 in modern style. The most macabre story happened during the construction works of a nearby road bridge. High water stopped the construction works in 1924 right after the piling walls had been placed.

Later the three adult children of family Dieling drowned with a ship on river Fulda. The body of the oldest daughter Elisabeth Ebert (born Dieling) could not be found. In early 1925 the pillars of the new bridge at Guntershausen could be finished and when the piling walls have been removed the workers saw a human hand reaching out of one of them. The body had been carried by the water into the piling walls of the bridge and is now buried in concrete. It was then decided to leave the body where it was and to place a memorial on top of the bridge. It remains there still today and was preserved during the restoration works in 1985.