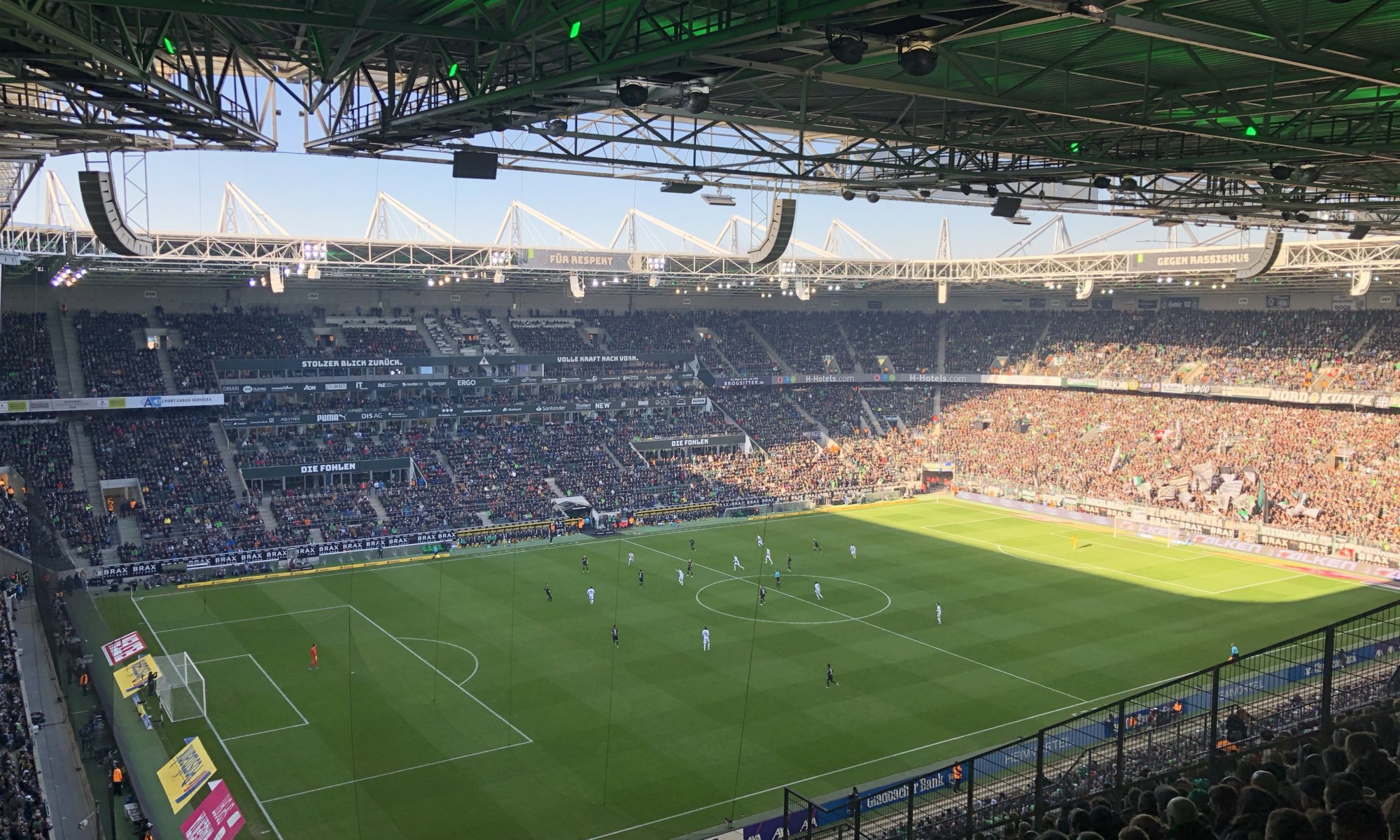 Borussia Mönchengladbach, the soccer club of Mönchengladbach, Germany, was once playing at an epic stadium called the Bökelberg. Legendary fights are recorded from that times. A lot of stories could be told of that place (like when in 1971 the goal post broke in a match against Werder Bremen). What is left? The Bökelberg still exists even though the stadium was destroyed from 2005 on. It defended itself and withstood the first explosives – but today it is converted into a residential zone. You can still see the terraces and the structure of the stadium.

Today Borussia Mönchengladbach plays at the Borussia Park, a hut partially made of corrugated sheet iron in an industrial zone of the city. It is an acceptable stadium without too much atmosphere and very steep in the upper ranks (almost triggering vertigo). It was opened in 2004 and can host up to 60,000 visitors. One might suspect that I’m a bit annoyed about the fact that my team lost there 1:3 – but because of its location and construction, it is a place that I don’t need to return to (even though it was good to have it seen once).

The only sensible way to reach the stadium is by shuttle busses. When moving towards them you need to observe the signs: one long queue is for the shuttle to the main station, the other to the railway station Rheydt. Once you’re perched into the metal queues like cattle it is impossible to switch. Reaching the railway stations should be possible within 15 minutes once you’ve entered a bus – but it depends heavily on the traffic situation within the city. If you want to learn more about the Bökelberg and the past of the club: there is a nice exhibition at Schloß Rheydt. A destination itself worth a visit.

One Reply to “Borussia-Park”