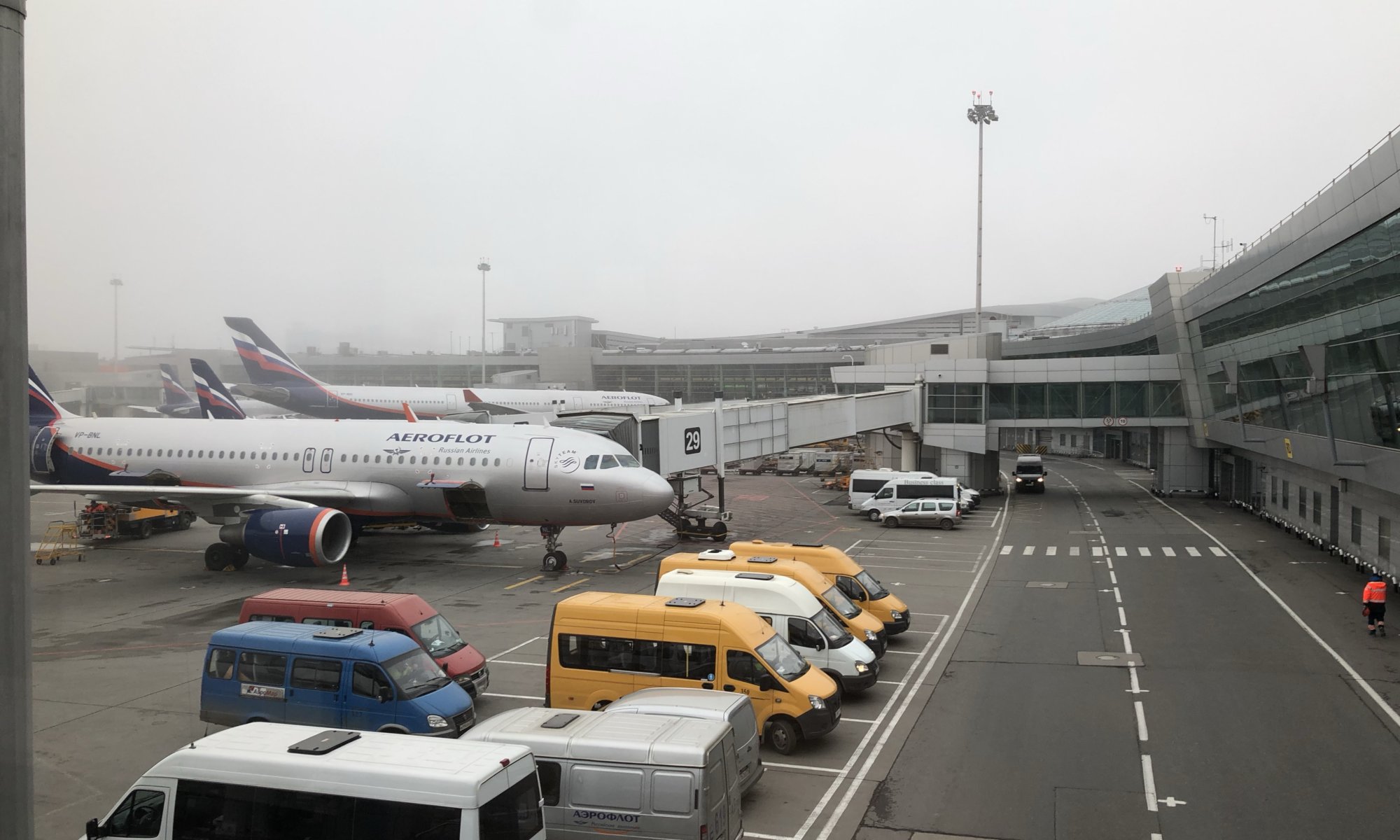 Russia is one of the countries with the most complicated visa rules. When I wanted to fly from Germany to Armenia, the only sensible flight was with Aeroflot via Москва́ – including switching planes at the Sheremetyevo airport (SVO). If you plan such a trip two questions arise automatically: how much time is necessary to switch planes at SVO and – do I need a visa? The first question is easily answered by Aeroflot; their website tells you the minimum amount of minutes you need.

Why thinking about a transit visa?

Normally this shouldn’t be a problem if you don’t leave the transit area. A transit visa is only necessary if you leave the transit area to stay overnight in a hotel or if you want to take a look at the city. But what if the onward flight goes from another terminal? Does this mean you have to leave the transit area? It is getting even more complicated as Russia founded the Eurasian Economic Union with Belarus and Kazakhstan in 2014. Armenia and Kyrgyzstan joined it in 2015. The problem: flights to these countries were then treated as domestic flights. And now? Transit visa necessary?

What’s the answer? Is a transit visa necessary?

I contacted the Russian embassy and didn’t get a response. Their website states that you need one if you fly onward to a member state of the Eurasian Economic Union. Some paragraphs later it states that you don’t need one if you don’t leave the transit zone and your onward flight is within 24 hours. Fortunately, Aeroflot was very explicit when asking about my planned route: you don’t need to leave the transit zone even if you have to change between terminals B, D, E and F at SVO. If you stay in the transit zone and travel further on within 24 hours you don’t need a transit visa. But to be honest: better explain your case to airline and embassy if you’re in a special situation – there are so many cases where something can go wrong dependent on nationality, double citizenship, whatever …