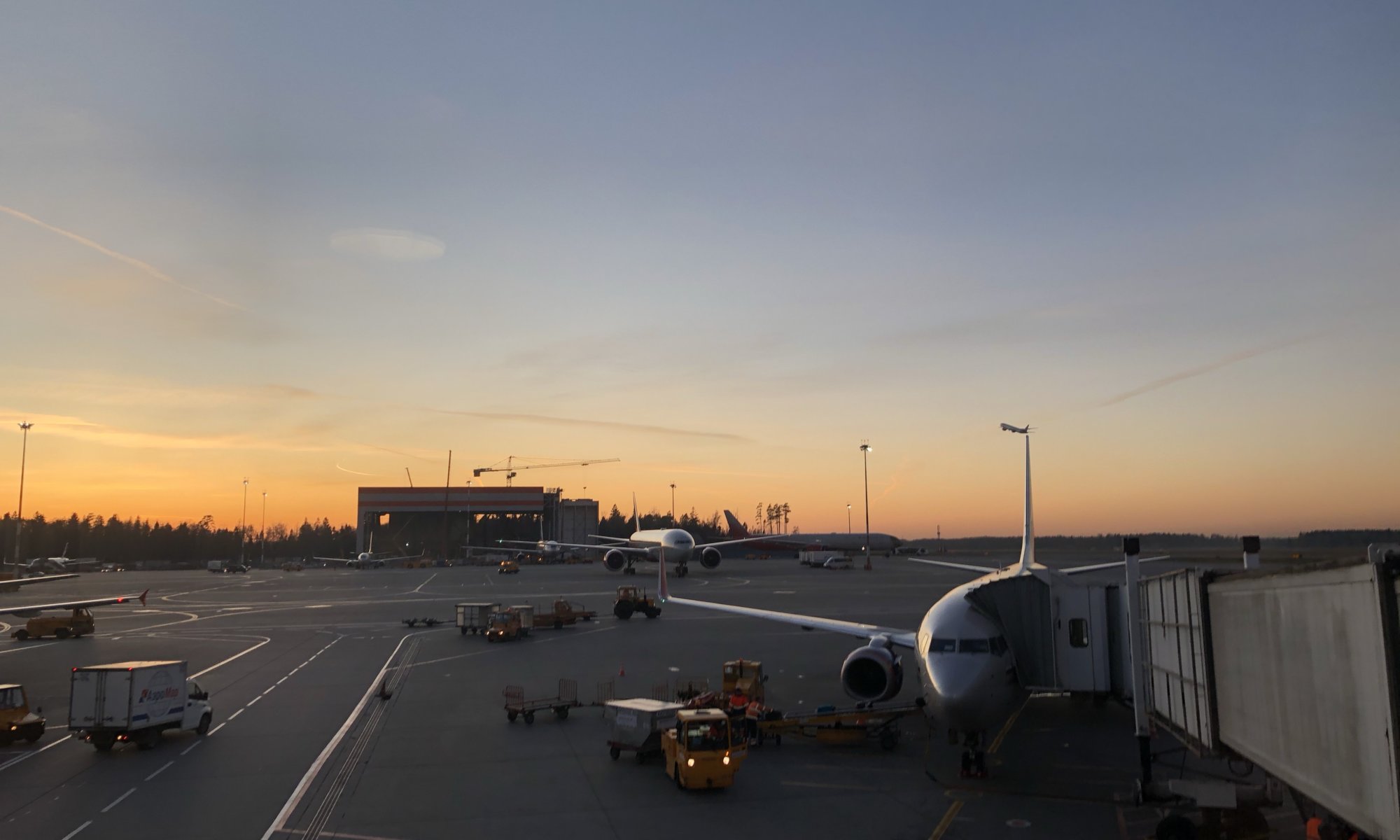 The Sheremetyevo Alexander S. Pushkin International Airport (Междунаро́дный аэропо́рт Шереме́тьево, SVO) is the largest airport of Москва́ and Russia. It is named after the next small city (Sheremetyevo, which is linked with Russian aristocracy) and the nationally important poet Alexander Pushkin. It handles 40 million passengers every year. Шереме́тьево is the most important gateway to the capital city but also an important hub with many interconnecting flights.

I just used SVO to travel further on to Armenia and I was a little bit in fear that there might be a visa problem and that switching flights needs too much time. What I found was a well-organised airport and zero problems. Шереме́тьево is split into two sections: terminals A-C for domestic flights and flights to the Baltic states and terminal D-F for international flights. If you want to switch planes you can just stay within the transit area and as long as you leave within 48 hours you don’t need a transit visa.

When switching planes you need to go through a simple passport check (which lasts sometimes a little bit longer as they only open one counter) and a very easy security check. After that you’re done and just need to find your gate. That is a bit harder as the gates are between a lot of shops and restaurants and the target destinations are often show in Cyrillic or Chinese letters. But it is doable and it doesn’t need much time. And I really enjoyed the time doing some shopping and choosing one of the nice many nice restaurants.