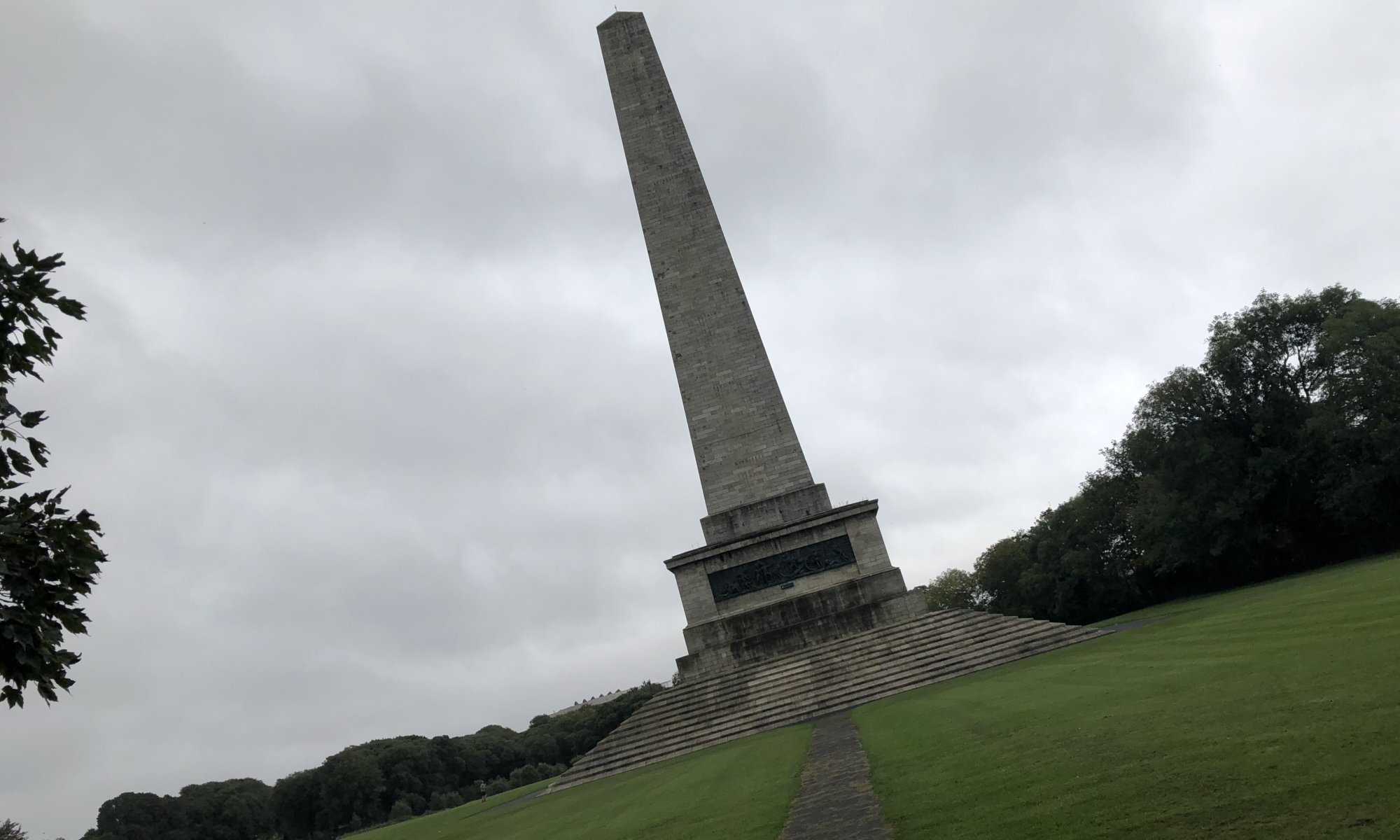 While walking through Phoenix park in Dublin, Ireland, you might stumble open a giant memorial: the Wellington monument. With 62 metres it is the highest obelisk in Europe. It commemorates the victories of the Iron Duke, Arthur Wellesley, 1st Duke of Wellington. He won against Napoleon at the famous Battle of Waterloo in 1815 and was serving twice as a prime minister of the United Kingdom. But he also fought in other parts of the world like in the Netherlands or India.

The obvious question is: why would you place such a giant memorial for a former British army leader and prime minister in Ireland? Wouldn’t the trouble between Ireland and the United Kingdom forbid this? First, the foundation stone was laid in 1817, since 1801 Ireland was by law part of the United Kingdom. Second, Arthur Wellesley was born in Dublin – therefore the monument is at the right place.

One Reply to “Wellington”