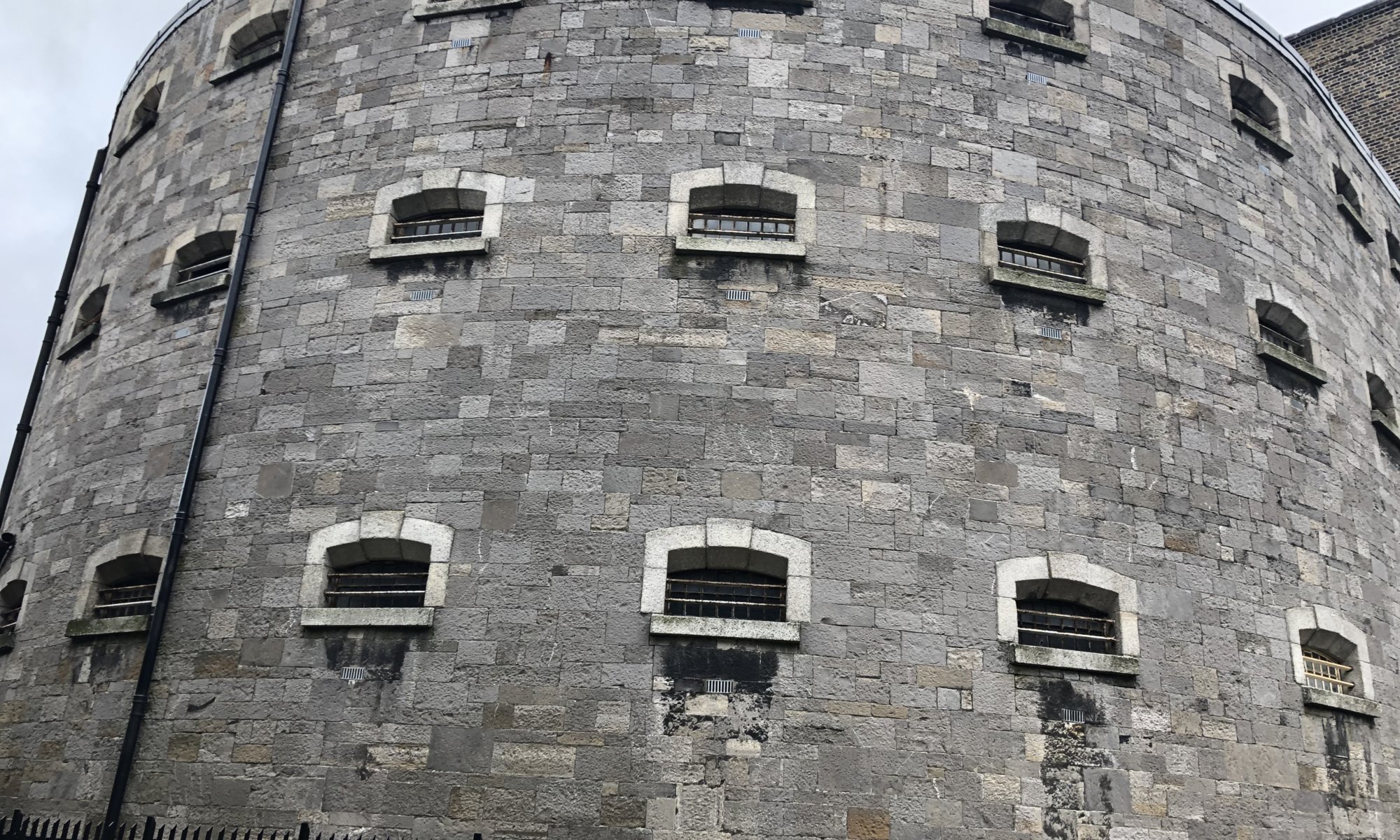 The most important sight at Dublin, Ireland – and all tourist guides and guide books share this view – is a jail. Kilmainham Goal is a typical jail of the Victorian era located in the city quarter Kilmainham in the west of the city. It was built in 1796 and plays an important role in the history of Ireland: when in 1916 the Easter Rising happened and Irish rebels fought against British occupation, this was the place the caught fighters were brought to. The Easter Rising was unsuccessful, the rebels were executed in Kilmainham Goal – but their goal was partially achieved in 1922 when Ireland became a free state.

Last prisoner there was Éamon de Valera, who later became prime minister of Ireland. The Easter Rising was a turning point in Irish history and it is mostly connected with two locations: the General Post Office (GPO) at O’Connell street (as a home base of the rebels) and Kilmainhaim Goal. As it has its place in history volunteers restored it and it is now a museum. To visit the former jail you have to buy tickets in advance and they are often sold-out six weeks in advance. If you don’t have a ticket you can get there early (at 9 o’clock) and sometimes you can get a ticket not used by groups. Otherwise you can still visit the museum on the grounds of the former jail.

As we gather in the chapel here in old Kilmainham Gaol,
I think about these past few weeks, oh, will they say we’ve failed?
From our school days, they have told us we must yearn for liberty,
Yet, all I want in this dark place is to have you here with me.

Kilmainham Goal is also scene for a special love story that touches not only Irish hearts and is told in the song ‘Grace‘ written by Frank and Seán O’Meara (but which is performed by different artists). Joseph Plunkett, one of the leaders in the Easter Rising, married his long-time girlfriend Grace Gifford in Kilmainham Goal on the day before he was executed. She never married again and is buried in Glasnevin cemetery.