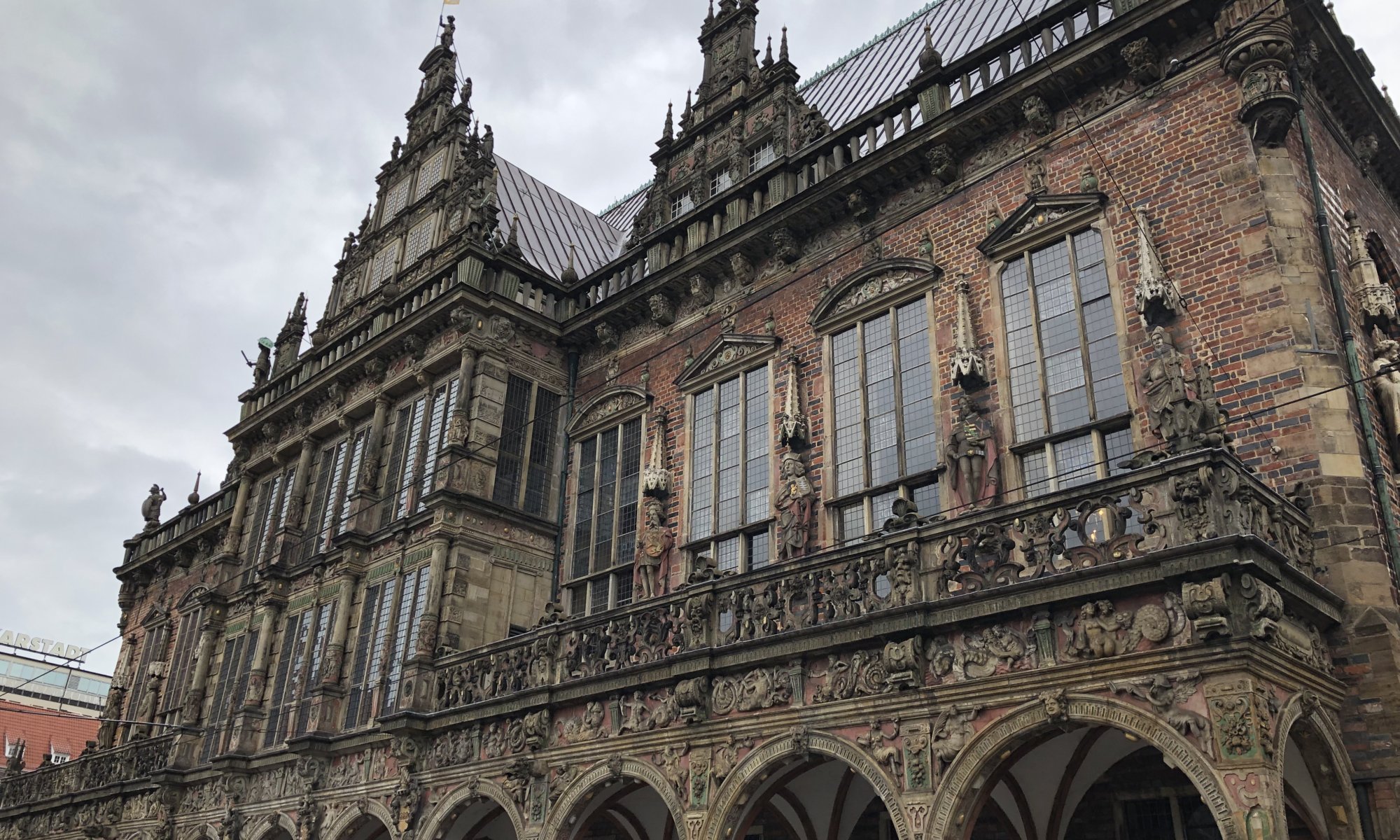 I’ve seen many town halls in the past but the one at Bremen, Germany is one of the most beautiful. It is richly decorated outside as well as inside and is one of the most important buildings of the Weser renaissance and gothic styles. It was built between 1405 and 1410 as a replacement for the former town hall in romanesque style (built before the 1220s). Together with the Roland it is now a UNESCO World Heritage site.

It is worth visiting the town hall from the inside and to have a look at the different rooms of the building. On the outside you can find statues of the emperor and the prince-electors of the Holy Roman Empire, people of wisdom like Platon, Aristotle, and Cicero as well as persons from the bible like Moses or David. The balcony of the town hall is also the place where the team of Werder Bremen celebrates won championships.