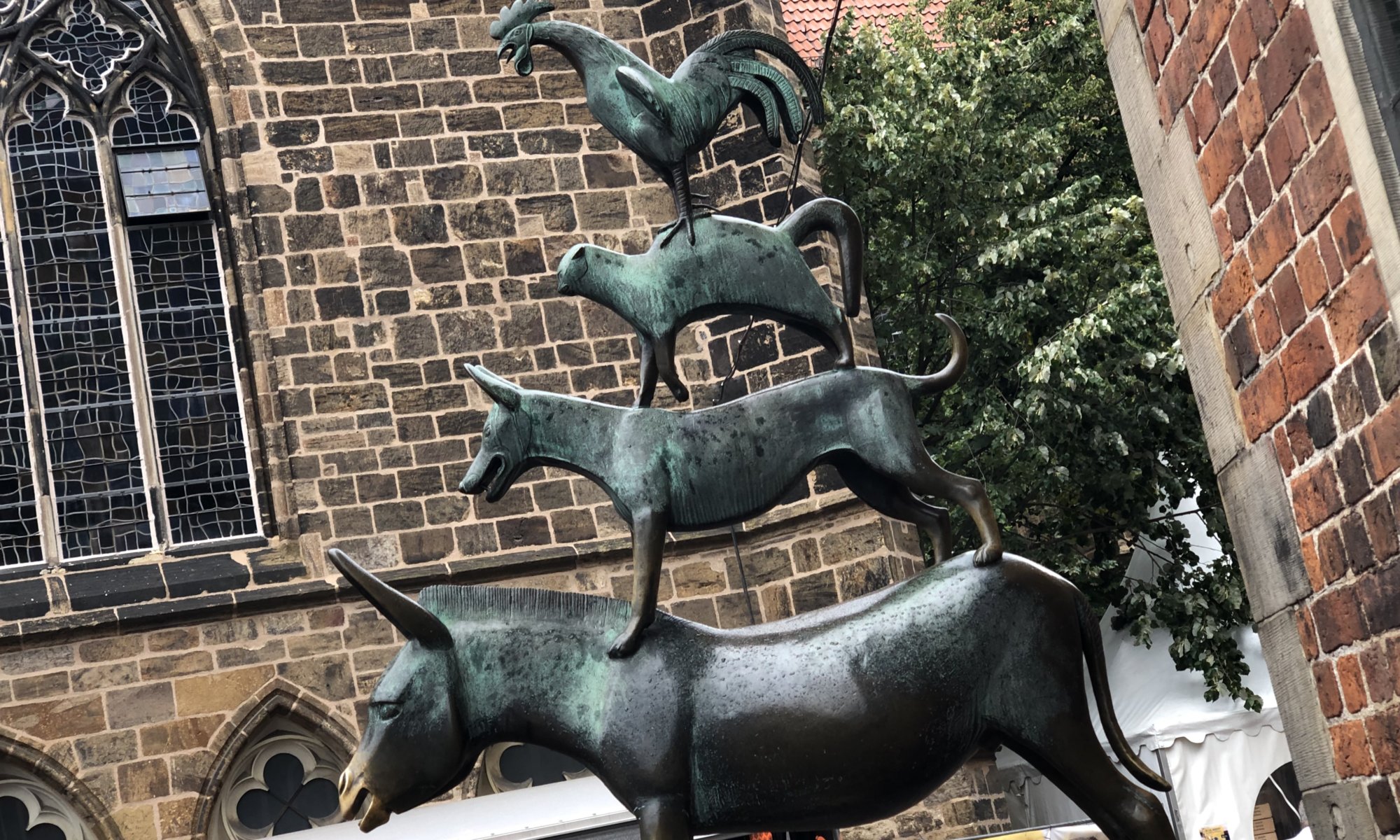 It is very unusual that real cities are named within fairytales. Bremen, Germany is one of the very few examples as the Brothers Grimm made the city the target destination of a donkey, a dog, a cat and a rooster that want to flee their lifes and become musicians there. ‘Die Bremer Stadtmusikanten‘ describes their story and they never arrive at Bremen as they succeed in chasing some robbers out of a house – which they then decide to live in.

Nevertheless a statue has been placed for them next to the old town hall. The statue shows the animals stacked to become bigger (and terrify the robbers). This pyramid image can be found everywhere in the city on shops and souvenirs. It is said that it brings luck to touch the legs of the donkey – and as you can see a lot of people seem to search for some luck.