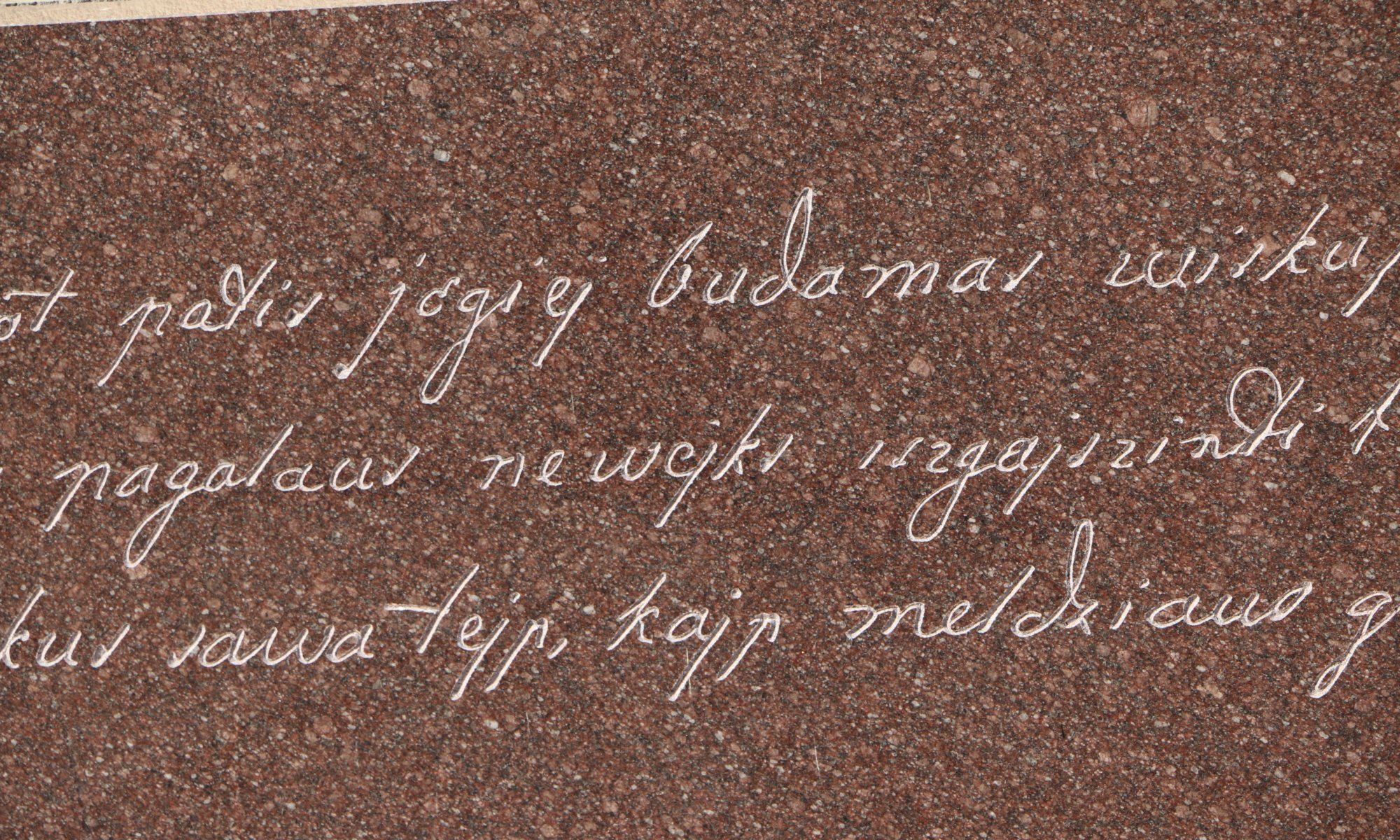 The Lithuanian language belongs – like Latvian to the balto-slavic branch of the Indo-European languages.  3.2 million people speak this language and it is also spoken in regions of Belorussia and Poland. A strong Lithuanian community also exists in Ireland. Lithuanian seems to be close to Latvian (in contrast to Estonian), but they are different languages that even the locals have to learn.

Lithuanian is a longuage that sounds smooth in my ears. The word for ‘thanks’ (ačiū) sounds like you are sneezing: ahtschu! If you hear people in a bar or restaurant saying something that sounds like ‘books wake us‘ – it is no book lovers club. They mean the words ‘būk sveikas‘ meaning ‘cheers!’ (literally ‘be healthy’).

The region which is today the Kaliningrad Oblast (belonging to Russia) was formerly the German/Prussian city of Königsberg. There lots of Lithuanians were living and parts of the region were called Lithuania Minor or Prussian Lithuania (even though the area was never part of Lithuania). Some Lithuanian last names can therefore still be found in Germany like ‘Wowereit‘ from the Lithuanian word ‘voveraitis‘ (squirrel) or ‘Adomeit‘ meaning ‘son of Adam’.