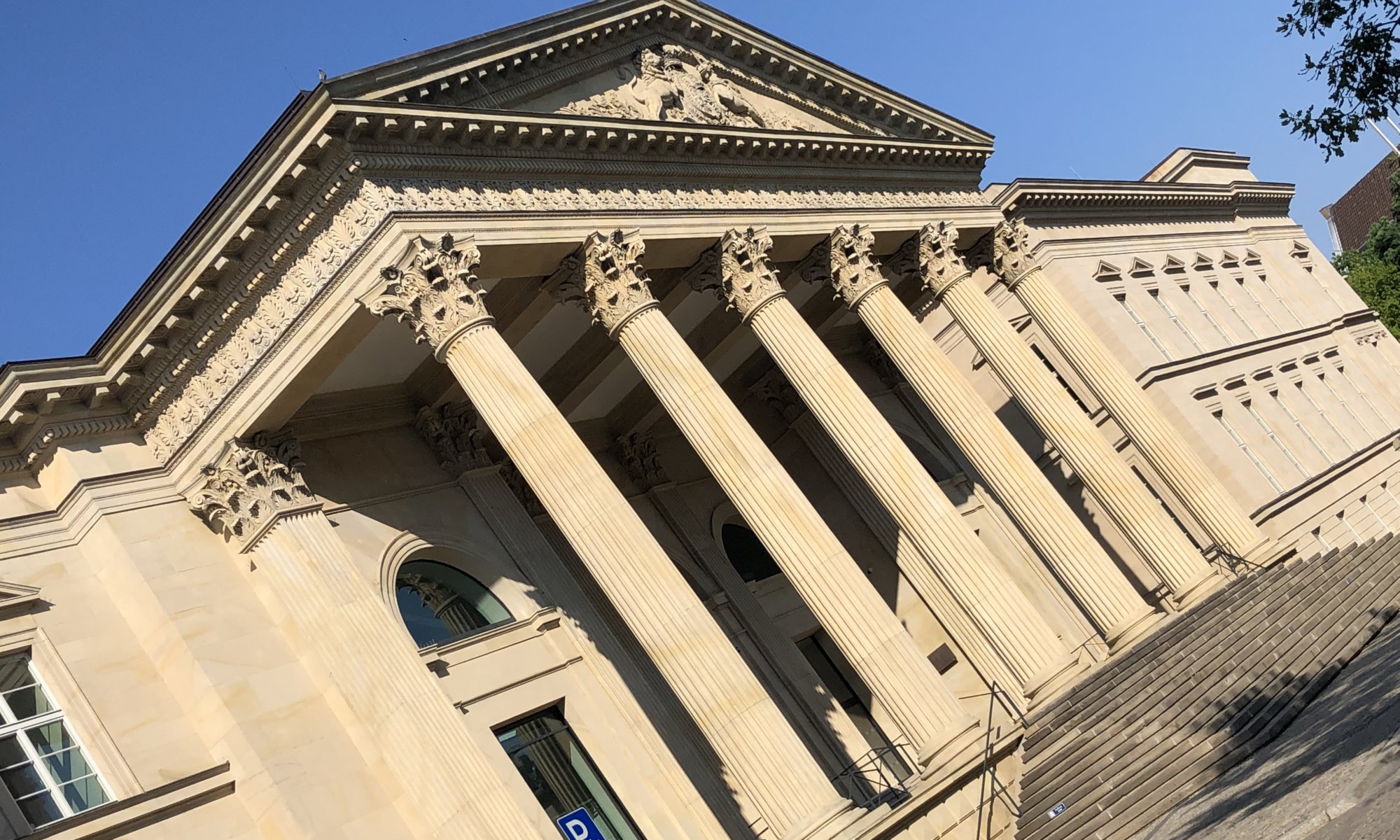 Next to the river Leine in the center of Hannover, Germany you can find a building with Greek columns in front: the Niedersächsischer Landtag, the parliament of the federal state of Lower Saxony. It is located in the Leineschloss – a former castle in neoclassical style that was used by the kings of Hannover until 1866. Now the representatives of the people rule there.

If you’re not registered for a visit there is not too much to see. But you can have a coffee in the restaurant on the lower level, have a look at the river (that doesn’t look as nice as outside of the city) and you should visit the memorial to the Göttingen Seven next to the parliament building: it honours the seven professors from Göttingen (including the Brothers Grimm) that stood up against the king who wanted to simply revoke the liberal constitution.

One Reply to “Landtag”