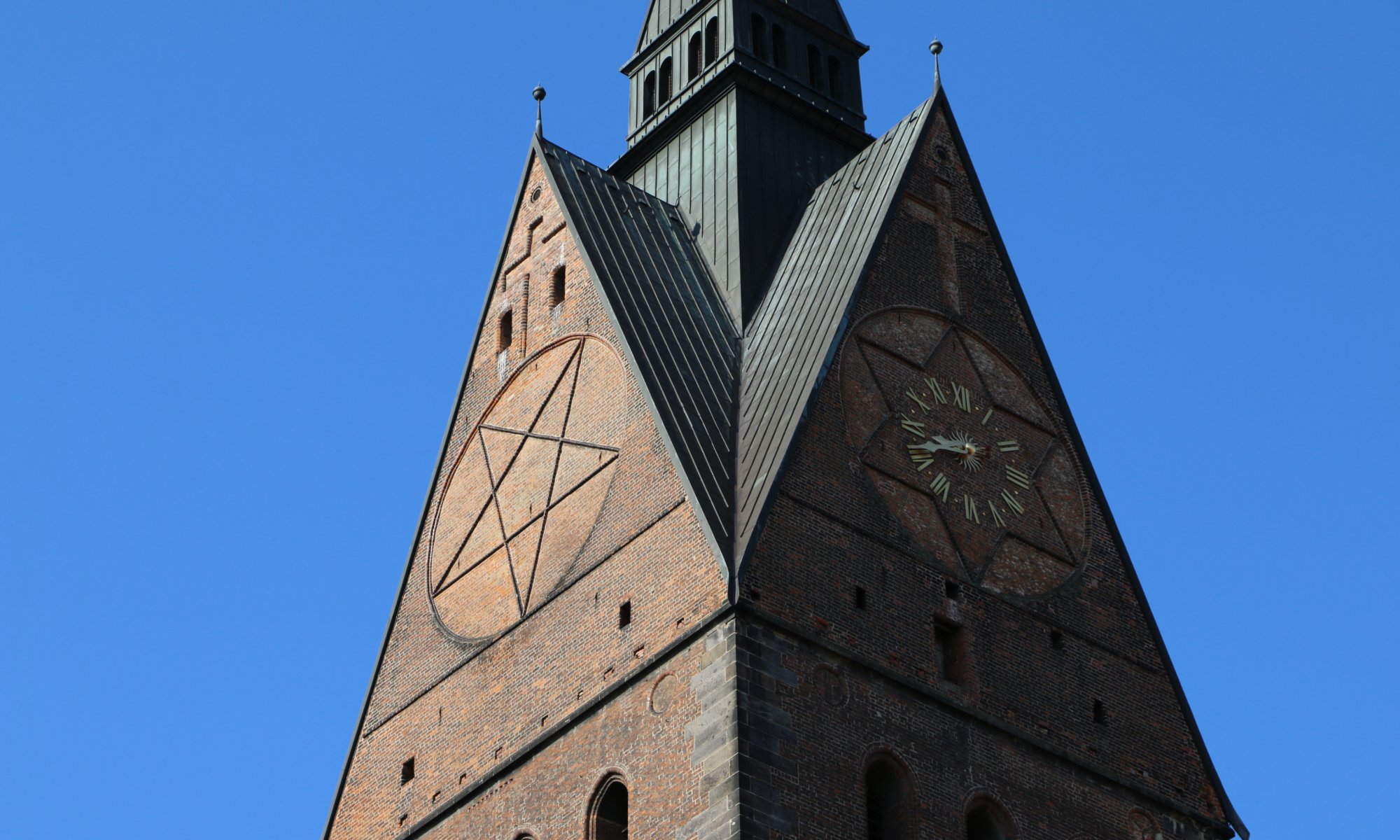 When you arrive at the central railway station of Hannover, Germany and walk towards the city center you can’t overlook a church tower made of red bricks. It belongs to the Marktkirche St. Georgii et Jacobi, a protestant church. Easily visible are also the special shapes on the outside of the tower: a pentagram in a ring and two hexagrams with each a clock inside.

It is the most southern church in the style of north German brick gothic. A first church building at this place existed from the year 1125 CE on, the current church was inaugurated in 1360 CE – but it was largely destroyed during World War II. The church is named after Santiago, the saint of pilgrims (Jacobus) and the saint George, the famous dragon slayer.

Maybe the inverted pentagram (one tip down, two up) works also against dragons. But its meaning was interpreted differently over time – while it hinders Mephistopheles to leave the study room in Goethes Faust it has also been seen as a symbol of satanism (with the two tips up meaning the horns of the devil).