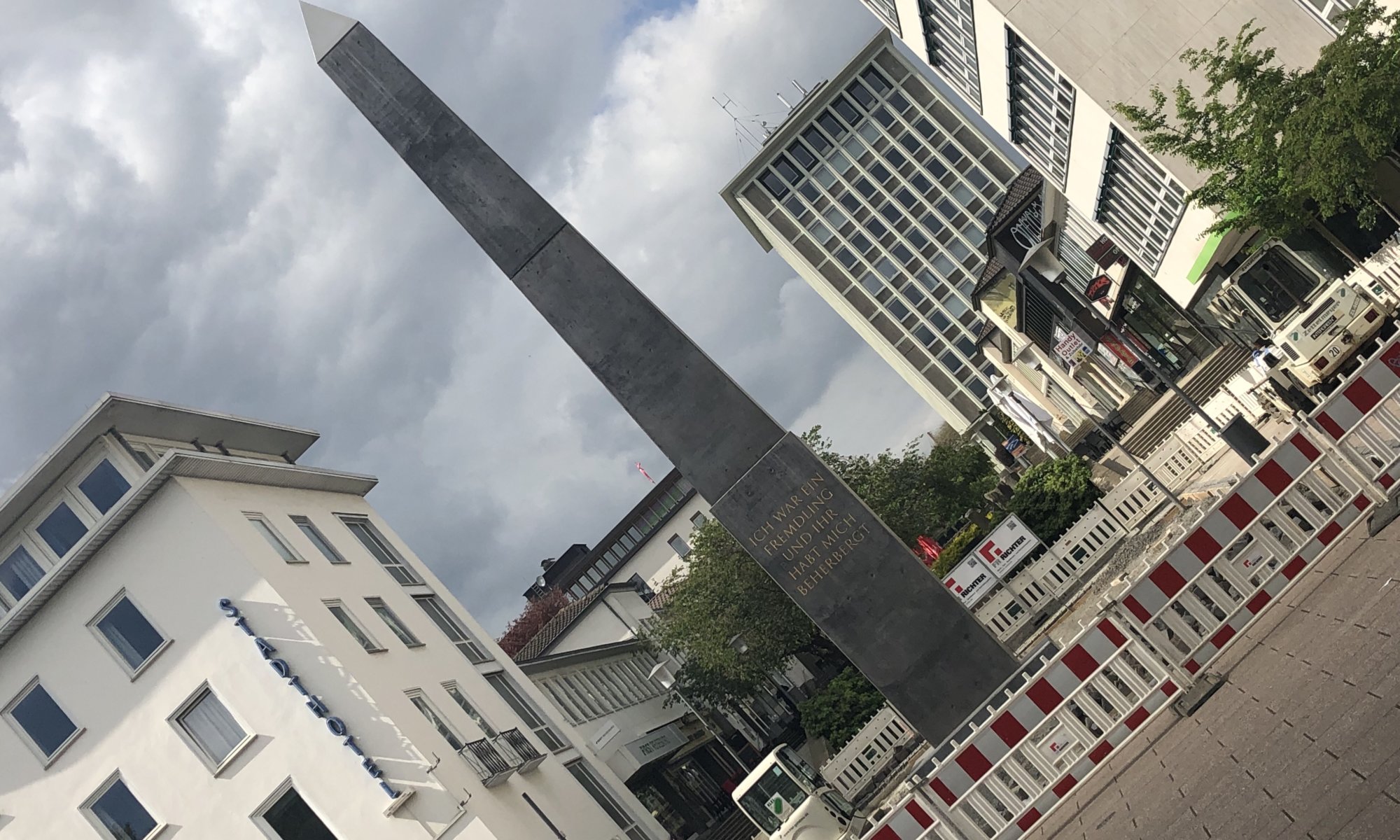 It was one of the most interesting artworks of the documenta 14 art exhibition at Kassel, Germany: the obelisk (‘Das Fremdlinge und Flüchtlinge Monument‘) by Olu Oguibe originally located on the Königsplatz. A simple geometric figure with the words of Matthew 25,35c on it in German, English, Arabic and Turkish: ‘I was a stranger and you took me in‘. It was the right artwork at the right time and place, as in Germany there were long-running, very emotional debates how many refugees the country can take in.

After the art exhibition donations were raised to keep the work at Kassel. But there were still a lot of discussions on-going: the city council didn’t want to keep it on the Königsplatz but the artist insisted on that it stays there because it has been created for this location. The Königsplatz was chosen as it has been designed by Simon Louis du Ry who fled from France to Kassel and also it was the place where Johann Wolfgang von Goethe was denied access to an inn because the owner thought he was French and distributing the ideas of the French revolution.

Additionally right-wing forces tried to prevent that the work stays at Kassel at all. There also have been demonstrations for and against the obelisk – which depicts its relevance. Meanwhile the contract for the temporary placement of the artwork ended and the mayor decided to remove and store the work. Finally in April 2019 everything was brought to a good end: the obelisk now has a good location on the Treppenstraße – Germanys first pedestrian zone. It is a well-frequented axis between the railway station and the Friedrichsplatz and the obelisk has a good visibility. It has found a new home.