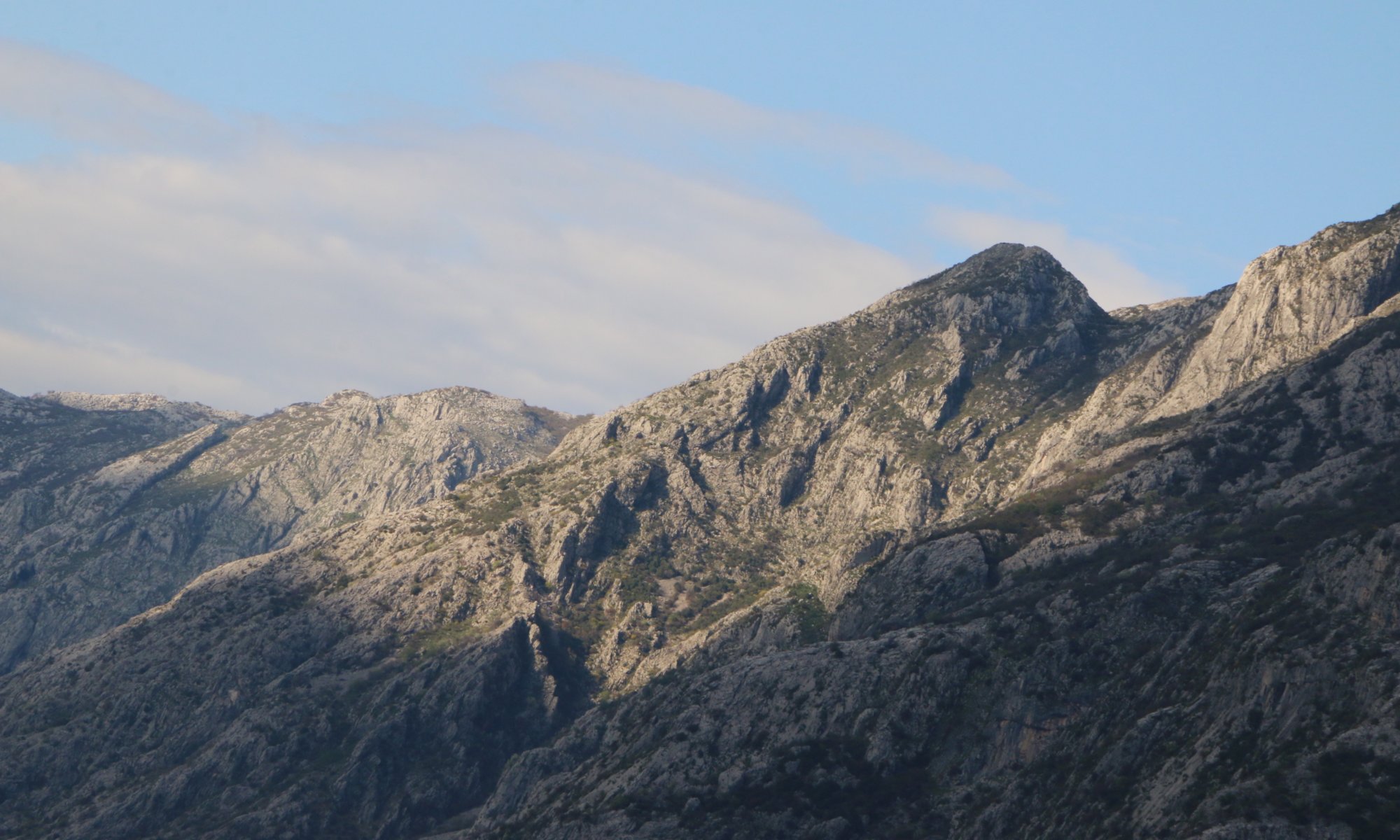 Montenegro (or Црна Гора/Crna Gora, black mountains) is a young state on the Balkans which became independent only in 2006 (before that it was part of the federation of Serbia and Montenegro, before that it was part of Yugoslavia). It is a country that is mostly unknown to western Europeans; if they get here then mostly, they get to the Adriatic coast or by cruise ship to the UNESCO world heritage site Kotor.

Strangely Montenegro is known because of the James Bond movie Casino Royal from 2006. But that movie has never been filmed in Montenegro – it was produced in the Czech Republic. The scenes have been filmed in Karlovy Vary and Loket, the ‘Hotel Splendid‘ shown in the film for example is the Grandhotel Pupp at Karlovy Vary. The brilliant Czech movie industry captured a whole country.

I will always remember the special scenery in Montenegro: high mountains in dark colors and emerald, green water. The capital city is Podgorica, a relaxed capital, not a metropolis. Montenegro is a candidate for becoming part of the European Union, but it is still much behind, for example in contrast to Albania. The language spoken is called Montenegrin and is de-facto some kind of Serbo-Croatian – if you’ve been in the region, it will be familiar to you.

My mobile phone provider classifies this country in the costliest category – a phone call is charged with 3 Euros, a short message costs fifty cents. Far more than in other countries of the region. In contrast to Albania most products do cost more but taking a taxi is ridiculous cheap for a tourist. Some price effects also exist because of the currency: Montenegro uses the Euro without being part of the Eurozone. When the currency of Yugoslavia became instable the country took the German Mark (like in Bosnia and Herzegovina) as the official currency. When Germany switched to the Euro in 2002 the country simply followed.

Specialities served at Montenegro are for example the Karađorđe schnitzel roled and filled with cheese (named after the Serbian leader against the Osmans, ‘Black George’, referring to Đorđe Petrović); Kajmak, a special cheese served only on the Balkans and lamb in milk. The best present I’ve taken home was a sprit made of grapes destilled by the university of Podgorica. All for science! 😉 It was a pleasure to travel through this nice small country.