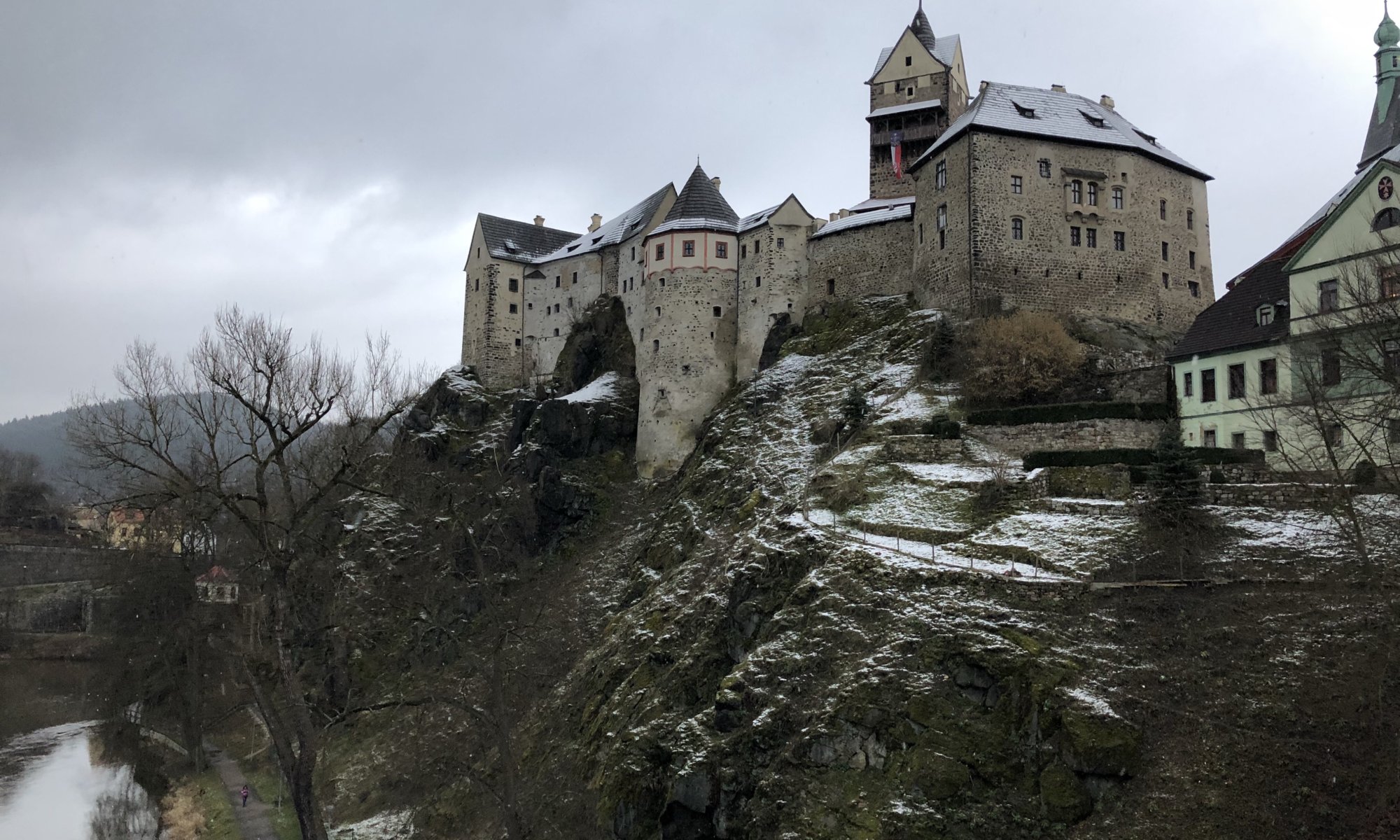 Loket, Czech Republic is an extraordinary beautiful city because of its location: it is situated on a rocky mountain that is nearly totally surrounded by river Ohře that floats around it. On the highest point you will find the castle Loket (“Elbogen” in German) from the 12th century CE.

It is unknown who ordered to built the castle, whether it was Vladislaus II of Bohemia or Friedrich I Barbarossa. It protected the merchant’s path from Praha to Erfurt and later it became a castle protecting the border of the Czech kingdom.

Over the centuries the castle was used as a prison (e.g. for the later emperor Charles IV), saw many battles and fell by tricks and besiegement (e.g. by Tilly). In modern times Loket and the Hrad Loket became well-known because it was shown in the James Bond movie “Casino Royal” (as a place in Montenegro).

Loket is located in the Sokolov region not far from the border to Germany. It is a popular day trip for tourists visiting Karlovy Vary in the Czech Republic.