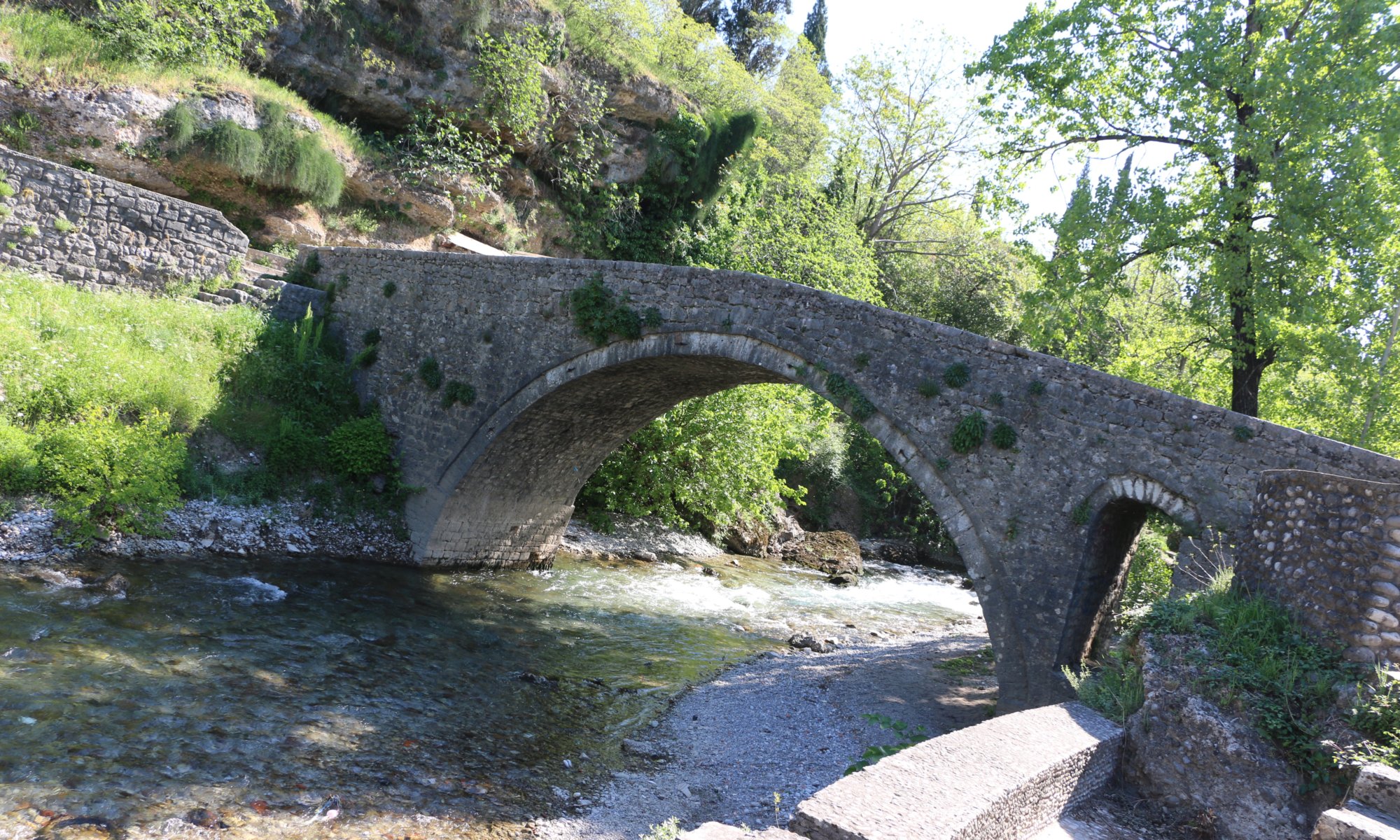 A beautiful place at Podgorica, Montenegro can be found between the old Osman quarter and the new modern city center. There the small river Ribnica floats into river Morača and next to it the ruins of the old fortress Ribnica can be found. It was built between 1474 and 1478 by the Ottomans ruleing by that time. Below the ruins you can see a wonderful old stone bridge crossing the river.

The castle was destroyed in 1878 while it was used as an ammunition storage and a lightning hit the building. The creation time of the fortress is disputed by the Serbian orthodox church – the proclaim that it was already built in the 12th century CE and was birthplace of Stefan Nemanja – the Grand Prince of Serbia and founder of the most important Serbian dynasty. Therefore they use the fortress ruins for ceremonies.

It is unclear whether the story of him born in this castle is true – but Stefan Nemanja is an important person in Serbian history. One of his sons became King of Serbia, another the first archbishop of the Serbian orthodox church (Saint Sava, whom the church in Beograd, Serbia is named after) and he became Saint Symeon the Myrrh-streaming.