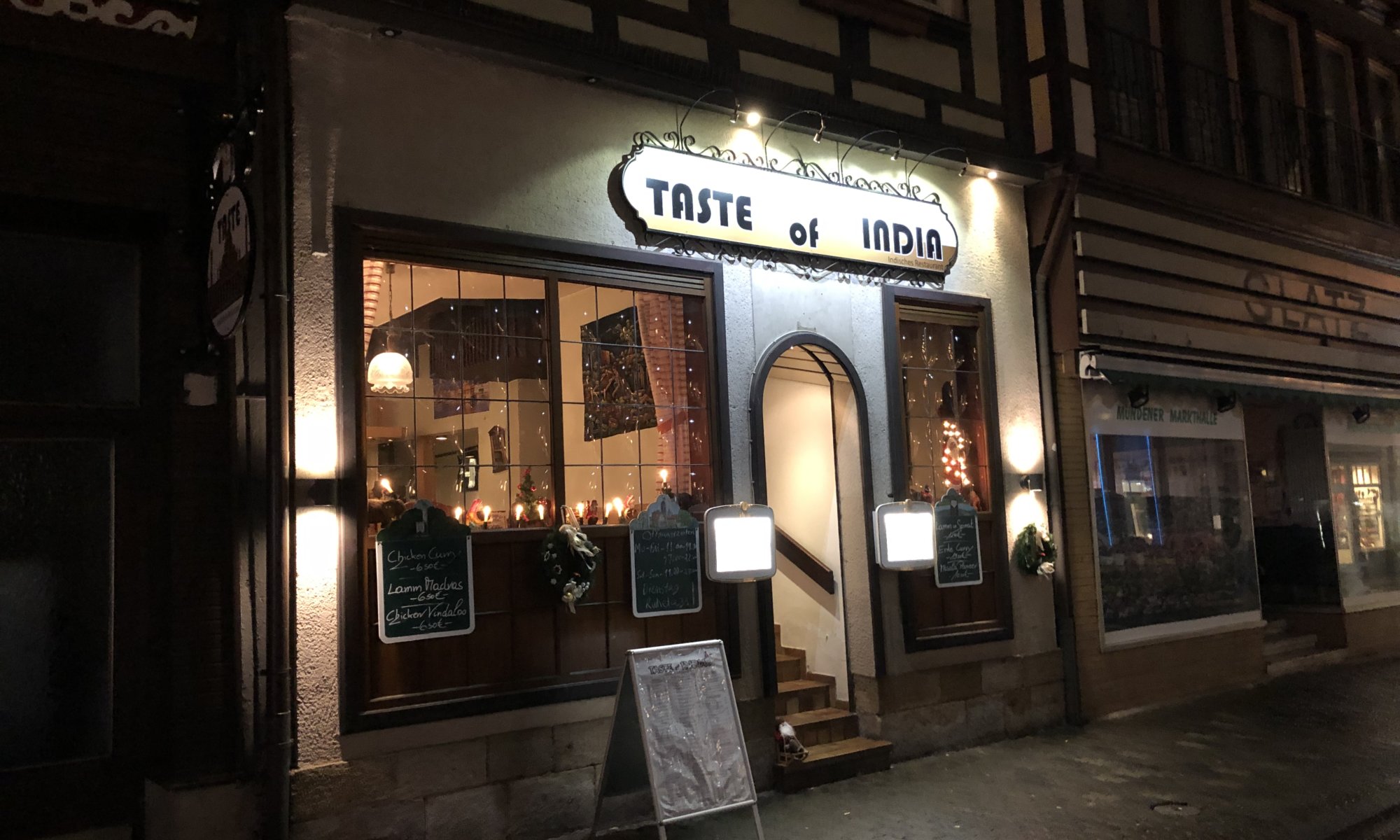 Getting delicious Indian food at Hann. Münden, Germany is quite an issue. During the last years there was a very good restaurant called Bollywood Palace that set the bar pretty high – but is now closed again. Then there is an Italian restaurant (the Rialto) that offers some Indian dishes. One restaurant that we’ve simply not seen before is the Taste of India in the Lange Straße, the pedestrian zone.

The Taste of India is located next to the Mündener Markthalle and not far from the market place. From the outside it looks like an old-fashioned bar or German restaurant and indeed, it was the traditional German restaurant Senator for many years. Inside the structures of a half-timbered house combine with Indian-style decorations in the rather small guest room.

We went there on a Friday evening and the restaurant was empty. The food was quite good – not the best Indian dishes I every tried – but delicious. I guess the restaurant has a bit of a problem with the service and the delivery of food. They receive bad ratings on the Internet; but mostly not for the quality of food, rather for the delivery service. I guess we will visit them again once in a while – the most important thing, the Indian food, was good. And in contrast to many other restaurants they don’t charge you too little money and will hopefully be able to survive.