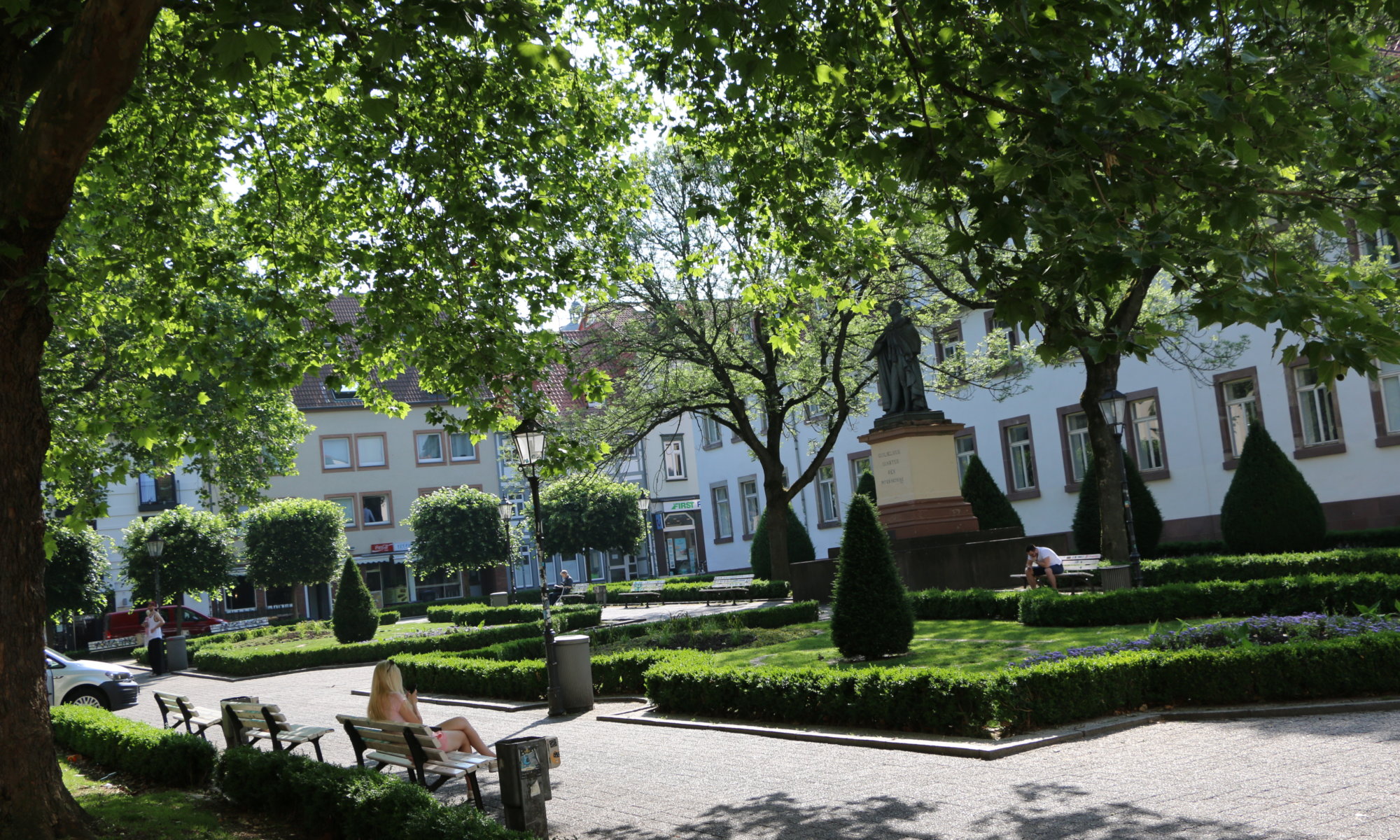 The Wilhelmsplatz is a central place in Göttingen, Germany with nice green areas. It is named after emperor Wilhelm I. and a statue of him is standing there. The place is surrounded by important buildings of the Georg-August-Universität: management offices, the Aula am Wilhelmsplatz used for academic events (and also containing the former student jail) and on the other side the old student restaurant can be found.

The Wilhelmsplatz is also known as a meeting point and party zone: next to it you’ll find the bar Thanner’s Tag- und Nachtschänke as well as the eatery Europic serving good “Rollo flamingo“. People just get a beer from a shop close-by and sit outside. I don’t know how many nights I’ve spent that way in my youth. Nowadays there is also an official bar with seats outside on the place.