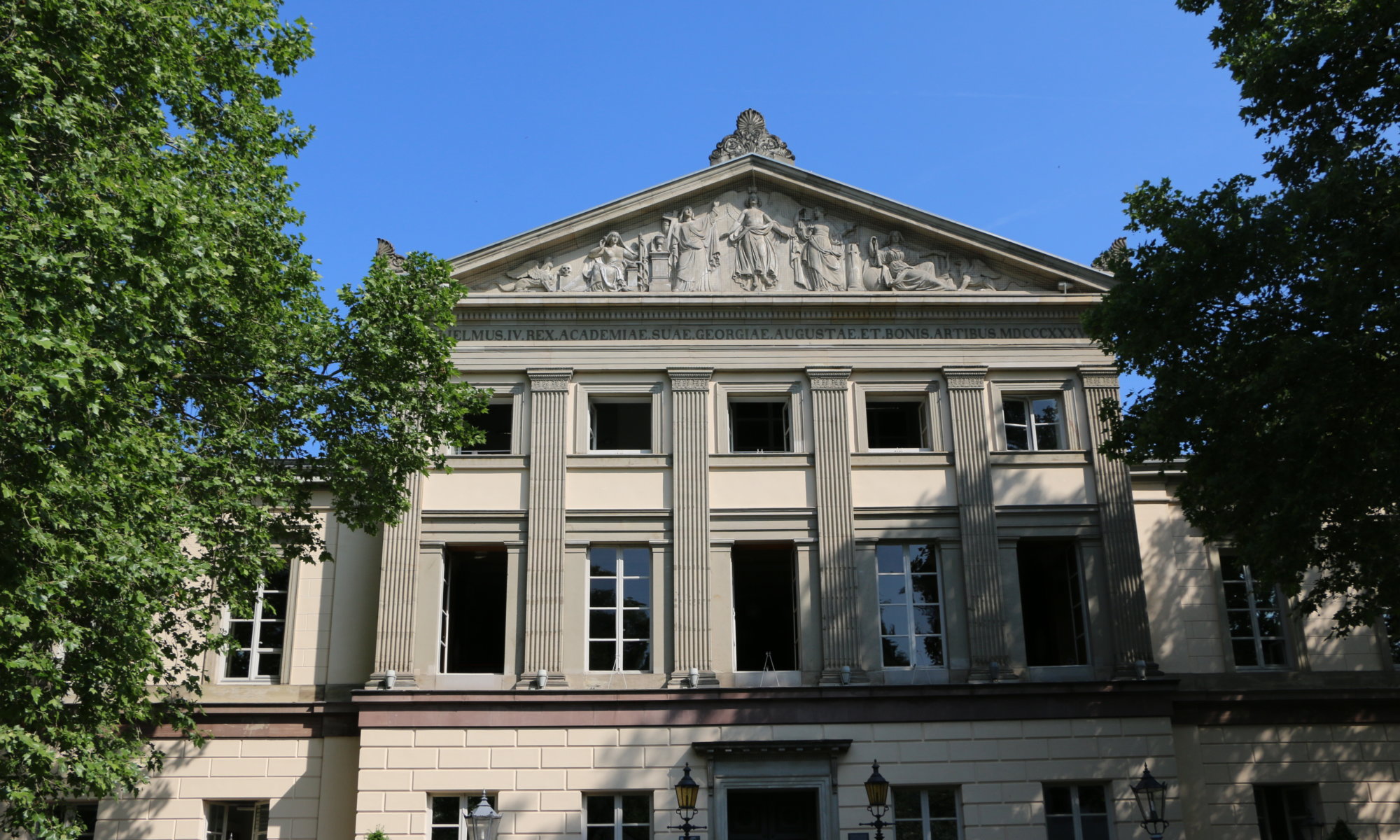 The Aula am Wilhelmsplatz is the representative building of the Georg-August-Universität at Göttingen, Germany. It is located in the city center at the Wilhelmsplatz and contains offices of the management of the university and a giant representative hall for events. The building was designed by Otto Praël and was opened in 1837. It was sponsored by king Wilhelm IV. for the 100th anniversary of the university.

400 to 550 visitors can join academic events held there. If you book a tour you can also see the Karzer, the former student jail. It originates in times where the university was also responsible to punish the misbehavior of its students. Students could be sentenced to up to two weeks of incarceration and the decorations at the walls show what they did during that time. Even Otto von Bismarck had to spend time there. The Karzer has been preserved by donations.