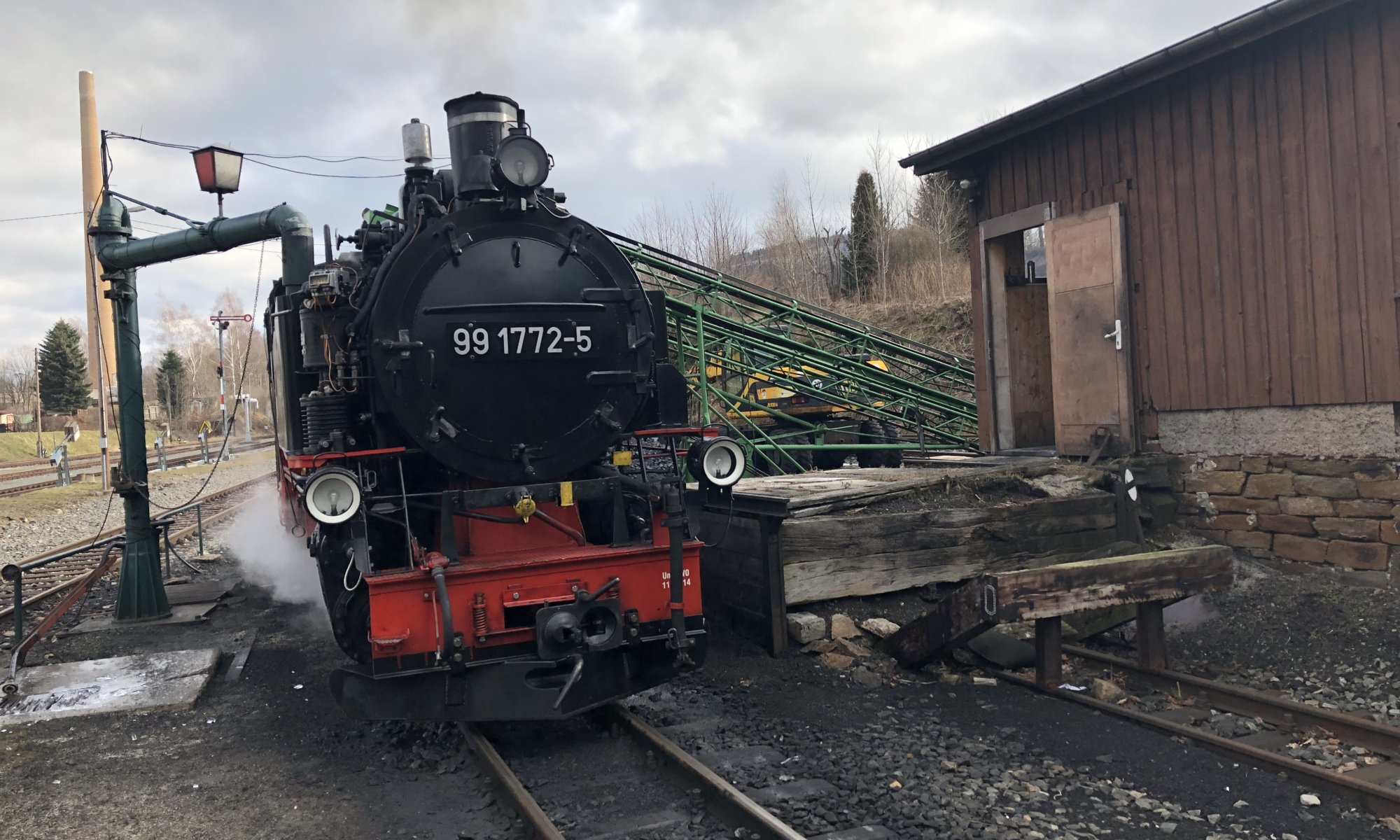 The Fichtelbergbahn is a narrow-gauge railway (750 mm) operated with steam engines that transports passengers from Cranzahl, Germany to the Kurort Oberwiesenthal – the highest city in Germany. From there you can get by a teleferic or a chairlift to the 1210 meters high Fichtelberg.

The silver mines in Oberwiesenthal were never so important as those in Annaberg-Buchholz; that is why the railway tracks were built rather later in 1897. After World War II the area was declared a restricted area because uranium was produced here and the railway was used to transport it.

Later the railway continuously lost its importance for transporting goods and later also persons. In 1998 it was transferred from the national German railway company to the Sächsische Dampfeisenbahngesellschaft and is mostly used for tourists. Today it is a good way to explore the Ore Mountains.

At Cranzahl there is a direct connection to the normal railways going to Chemnitz. The waggons are heated well and you can step outside to take some photos. Tickets can be bought on the train or at the start and end point. They are much cheaper than those for the steam engines trains going to the Brocken mountain.