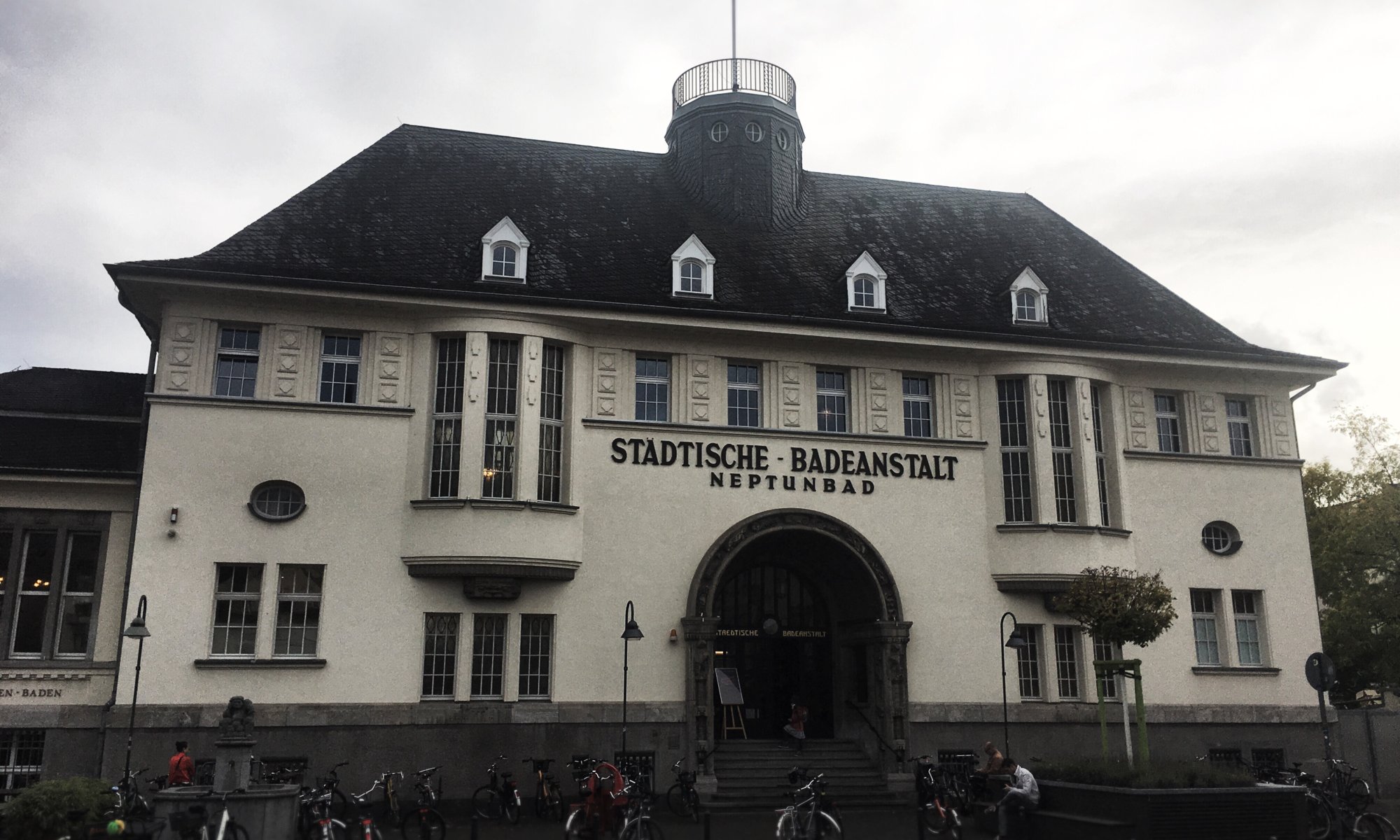 The Neptunbad in the city quarter Ehrenfeld of Köln, Germany was opened in 1912 and was by then the first public bath outside the city center. It is a wonderful building with art nouveau elements and glass domes. In 1994 it had to be closed because of too high maintenance costs and in 2002 it was reopened as a high quality spa.

It is now operates by the same company as the Claudiustherme in Köln. Prices are rather high but therefore you can enjoy a very good spa and sauna in a nice building. I first got here because my friends had bought a voucher for the Neptunbad as a birthday present: because of my love for Japanese spas and the fact that the new section and the outer parts have been designed in Japanese style.

The historical section in art nouveau style consists of a nice hot pool with underwater music under an ancient glass dome and a restaurant. There you can also get some drinks and take them to the other sections. One floor down there is a great pool under a glass roof surrounded by saunas, canvas chairs and a mural of mount Fuji. Outside there are several saunas too and a pool in Japanese style that is a bit too cold to be really called an onsen.

The Neptunbad is in different ways special. First, lots of neighbours have an open view on the outer section – but that felt never strange. Second, the premium spa is located in a migration-shaped city quarter and most neighbours might not afford using it. To get here best take the metro lines 3 or 4 to Ehrenfeld Körnerstraße. From there it is only a very short walk to the Neptunplatz and the Neptunbad.

One Reply to “Relaxing at the Neptunbad”