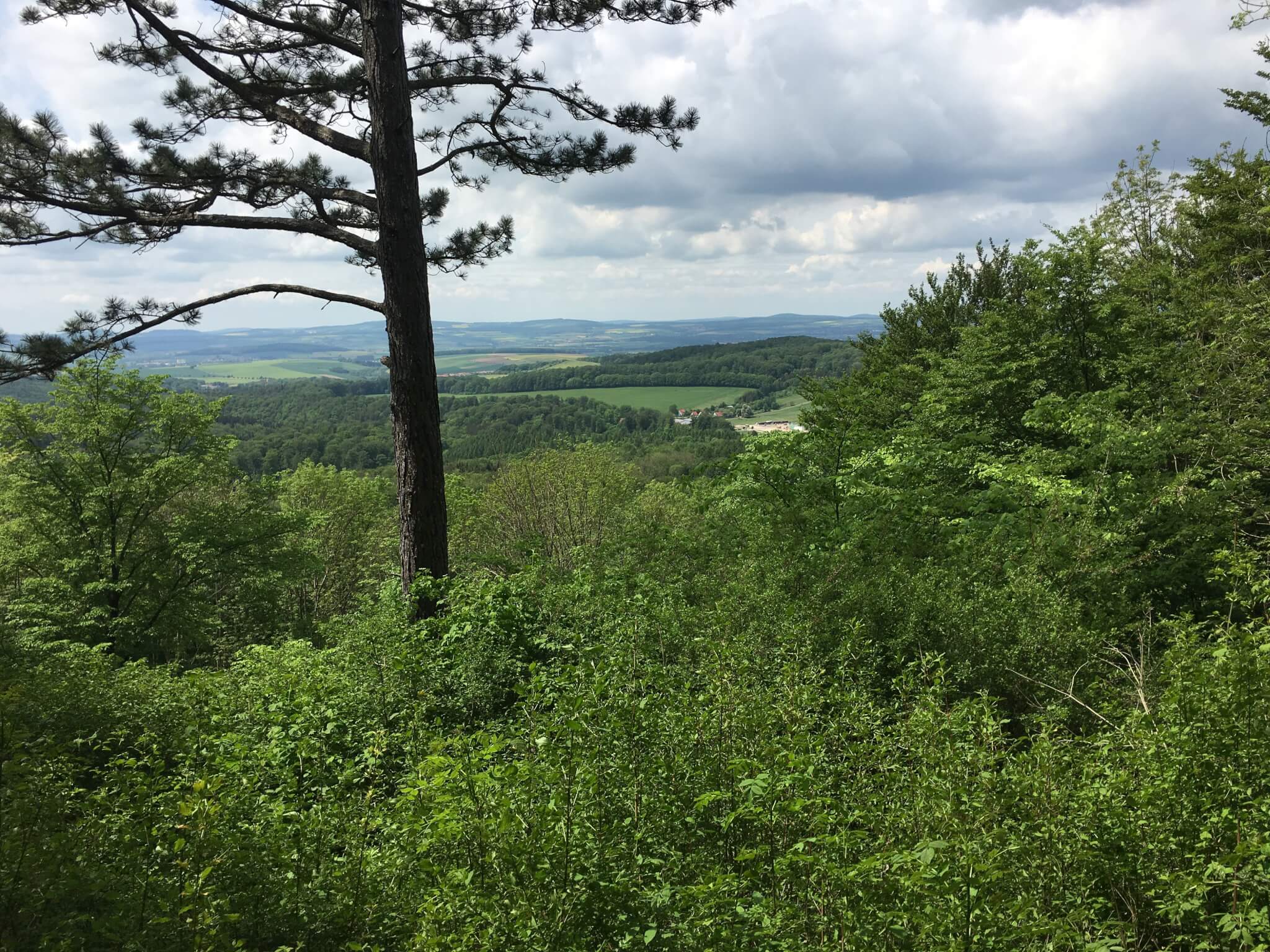 The “Gleichen” are two mountains in a German region named after these two close to Göttingen, Germany. They are 428 and 430 meters high and on their tops, there have been fortresses in medieval times. These fortifications have never been conquered but in the 16th century CE the inhabitants left them and they became ruins.

It is an area good for hiking – on the “Neue Gleichen” there is a mountain hut and you can find some remains of the fortification. If you go to the “Alte Gleichen“, then you can still find a wall of the fortress. A good starting place for a hike is the restaurant “Die Gleichen” in a small village called Gelliehausen (they do have good food, too).

I was up on the “Neue Gleichen” several times with my parents and friends. But it became a special place when my cousin decided to marry her boyfriend up there. A nice atmosphere and a very good view during the ceremony – but getting all relatives up there was quite a problem: the streets are normally closed and with a normal car you can only go halfway up. But what would I all do to join such a wonderful ceremonial?