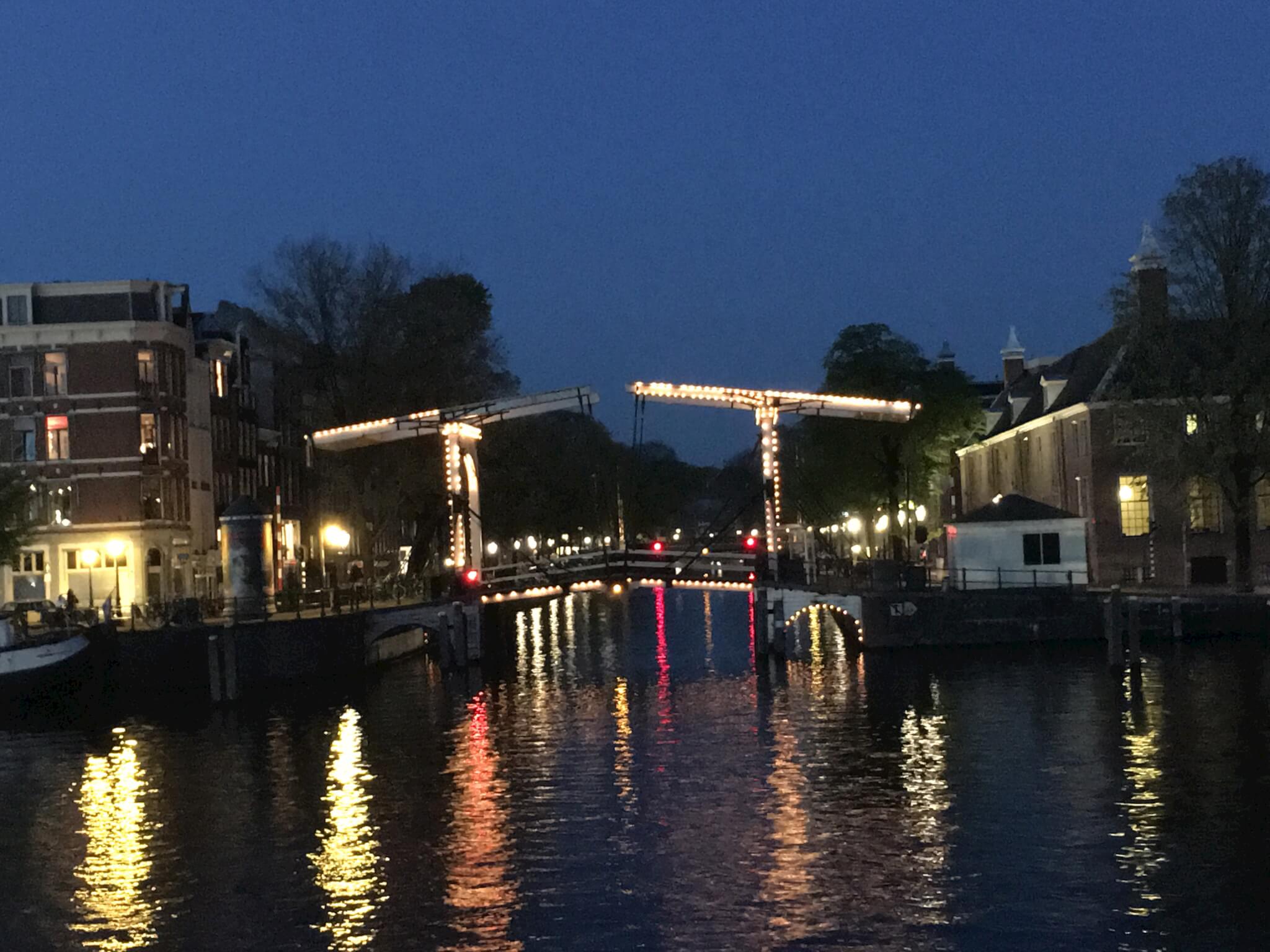 One of those destinations I was visiting most often during my childhood and youth was Amsterdam, the Netherlands. That is because of a very good train connection leading there and my father being an employee of the German railway company (“Deutsche Bundesbahn“, later “Deutsche Bahn“). It was very cheap for us to travel by train, even internationally.

Later I returned on my own different times to visit some sights or to join bachelor parties. This time I went to Amsterdam with my girlfriend who had never before seen this city – and as we hadn’t much time for the trip we just enjoyed the atmosphere and visited the most important places.

We travelled with the InterCity from Hannover via Hengelo, Apeldoorn and Amersfoort to Amsterdam Centraal. By tram we went to our hotel close to the Museumplein, had a picknick in front of the Rijksmuseum and strolled around for some hours in the center of the Grachtengordel.

The next day we visited the fantastic Rijksmuseum with Rembrandts “De Nachtwacht“, took a long walk through the Vondelpark and continued with a canal cruise starting from the place in front of Amsterdam Centraal. The whole day long we had a clear blue sky – free from every cloud (which was in fact bad for photography) – and enjoyed walking in the sun.

After some shopping (including tulip bulbs) in the shopping center we went to the Anne-Frank-Huis where we had to cue up a while. Later on we enjoyed a meal on a bridge over the Keizersgracht. And on the next day we already had to return – but it was in fact a wonderful trip and worth the hours of train rides.