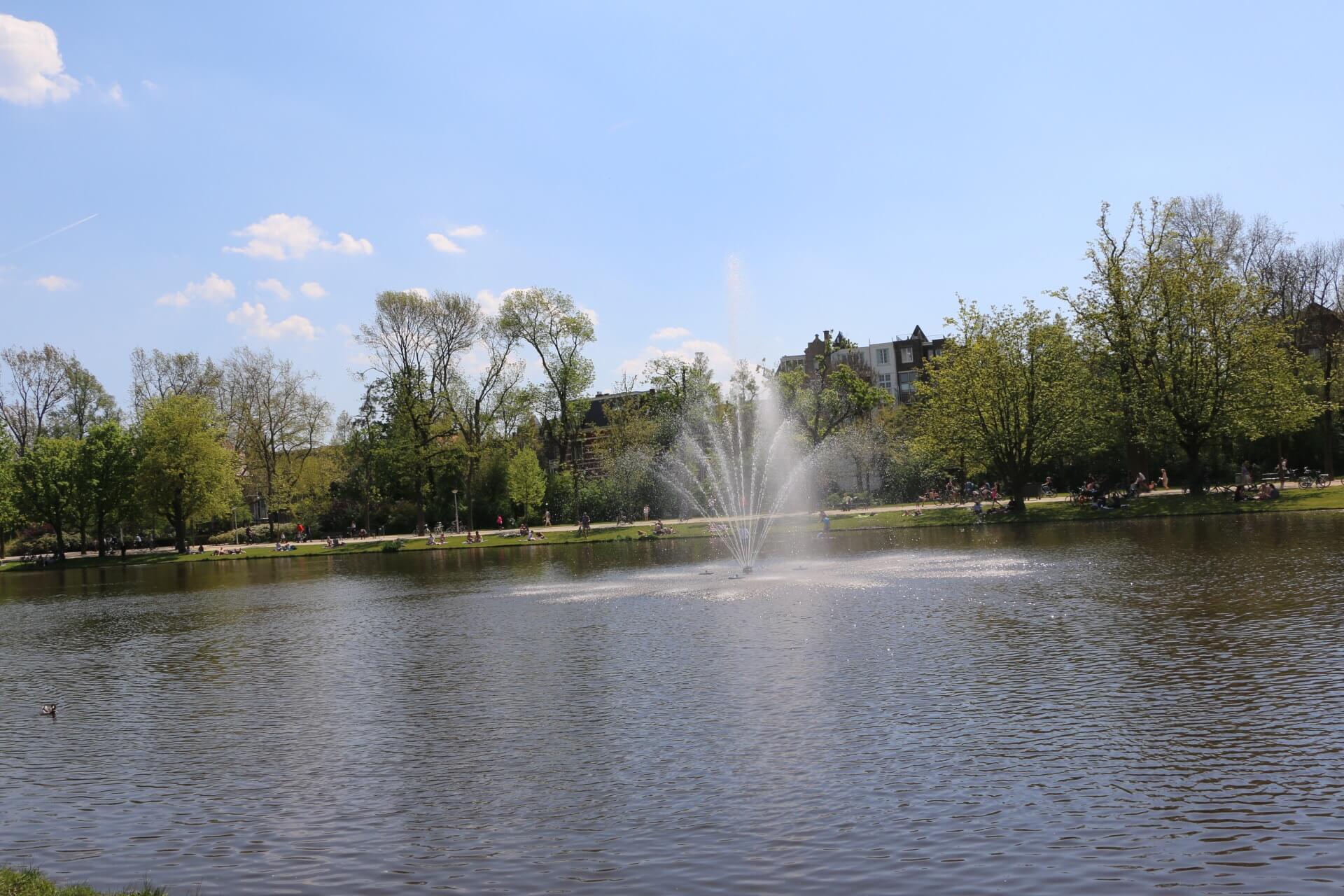 The Vondelpark is an urban park in Amsterdam, the Netherlands and the Dutch equivalent to New Yorks Central Park – even though it is much smaller and less moulded. It covers 47 hectares and is named after the Dutch poet Joost van den Vondel (whose statue is visible within the park). You can access the green lung of Amsterdam easily close to the Leidseplan, but there are also many other gates along the stretched park.

The park also includes a tea house, an open-air stage, fountains and a playground – and it is visited by ten million people a year. If you’re exhausted of walking around the big city – drop in here, enjoy some fresh air and green meadows. To me this place will always be a special place as I used our visit to ask the most important question – and left the park with a fiancée at my side.

One Reply to “Vondelpark”