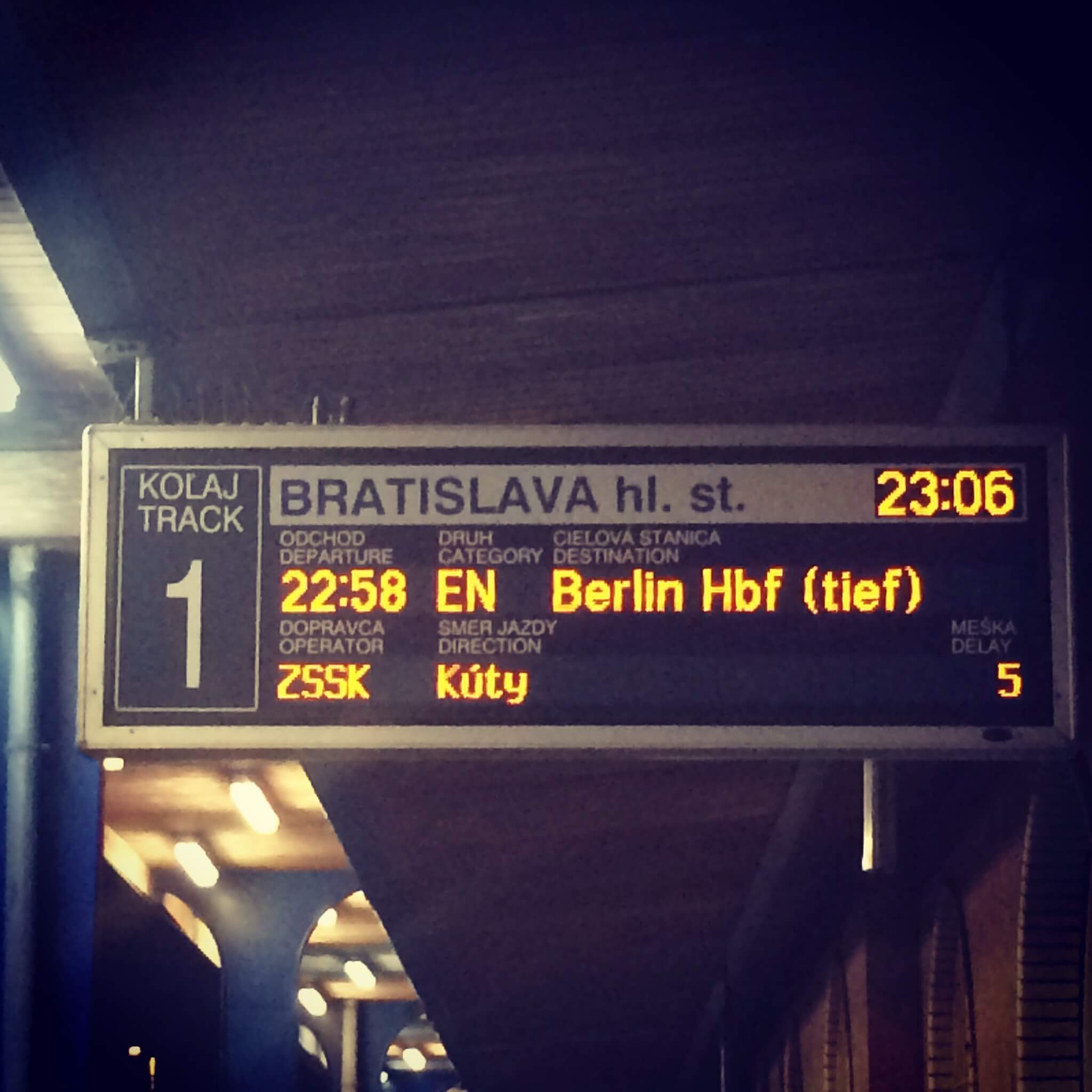 Travelling by night train in a sleeper cabin is somehow out of fashion. Deutsche Bahn already started to abolish some routes formerly served. But in eastern Europe there are still some routes that are served on a regular basis, even if it is not cheaper to travel this way than going by plane.

I myself love the idea of falling asleep in one city and waking up in another. Even if it is not the most relaxing sleep – I like the movements of the train and the sounds from the loudspeakers in foreign languages at night. Those moments you awake for a second guessing where the train is located at the moment.

That is why I took EN 476 going from Budapest via Bratislava, Prague and Dresden to Berlin. The train consisted of Polish, Czech, German and Hungarian coaches with cabins and seats of different types. I had a comfy two-person cabin in a Czech coach I shared with a Hungarian truck driver – another surplus: you get to know persons you would have never met elsewise.

And isn’t it the best sign of European integration? A Hungarian and a German having a last beer on a Czech coach in Slovakia? A truly international setup.