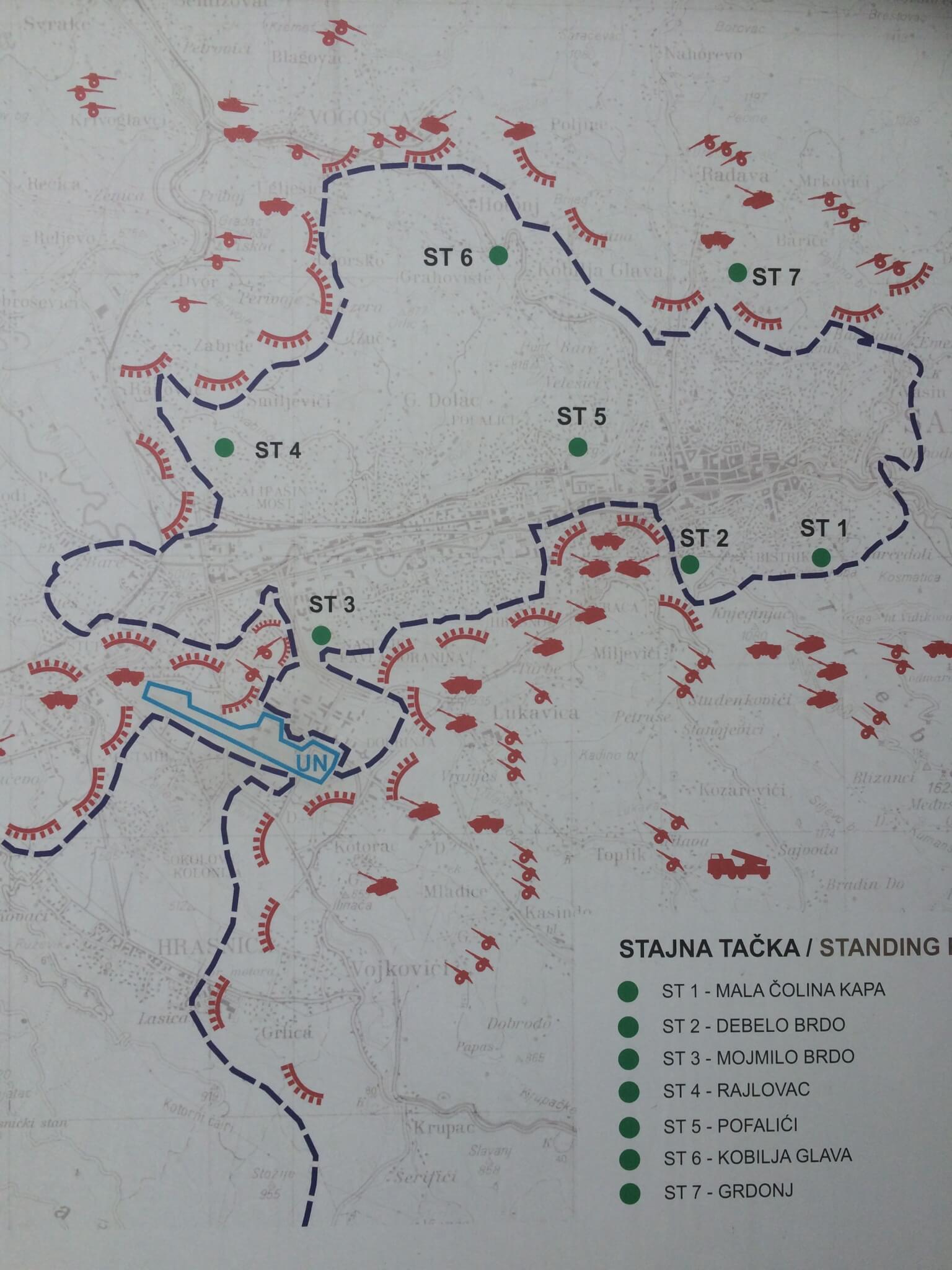 At the end of February 1992 a referendum was held and 63 % of the BiH nationals gave their votes; 99.4 % voted for becoming independent. The referendum was ignored by the bosniak serbs. Bosnia and Herzegowina declared their independence and as a reaction, the serbs took over die Sarajevo International Airport and began to move heavy weaponry onto the mountains surrounding Sarajevo. Meanwhile the bosniak serbs declared the independence of their own state: The Republika Srpska.

In May 1992 the official blockade of Sarajevo was announced, streets were blocked and water and electricity became unavailable. During the next three years the serbs tried to take over Sarajevo, but failed. In that time unimaginable cruelty came to light: Snipers shot from buildings and mountains on everything that was moving. Some streets and places could only be crossed running.

Additionally, an average of 330 shells was fired onto Sarajevo every day. Some relicts of these attacks can still be seen today. During the siege, 11.000 citizens lost their lives which means a 1:5 chance to survive. The people in Sarajevo tried simply to survive and have a normal life within war times. The United Nations took control over the airport and via a skylift from an Italian airbase the city was supplied with food and medicine.

Additionally an 800 m long tunnel was built under the airport – leading from the besieged city out to the free bosnian territory in Butmir. The end of this tunnel is now a museum. In 1995 the siege came to an end as the international community intervened: When the serbs fired a shell onto the market hall in Sarajevo and killed 37 persons, the UN started to attack heavy weaponry and military structure of the serbs. The Dayton Agreement then created peace by bringing Bosnia and Herzegowina and the Republika Srpska together as separate states within one Federation.

9 Replies to “The siege of Sarajevo”