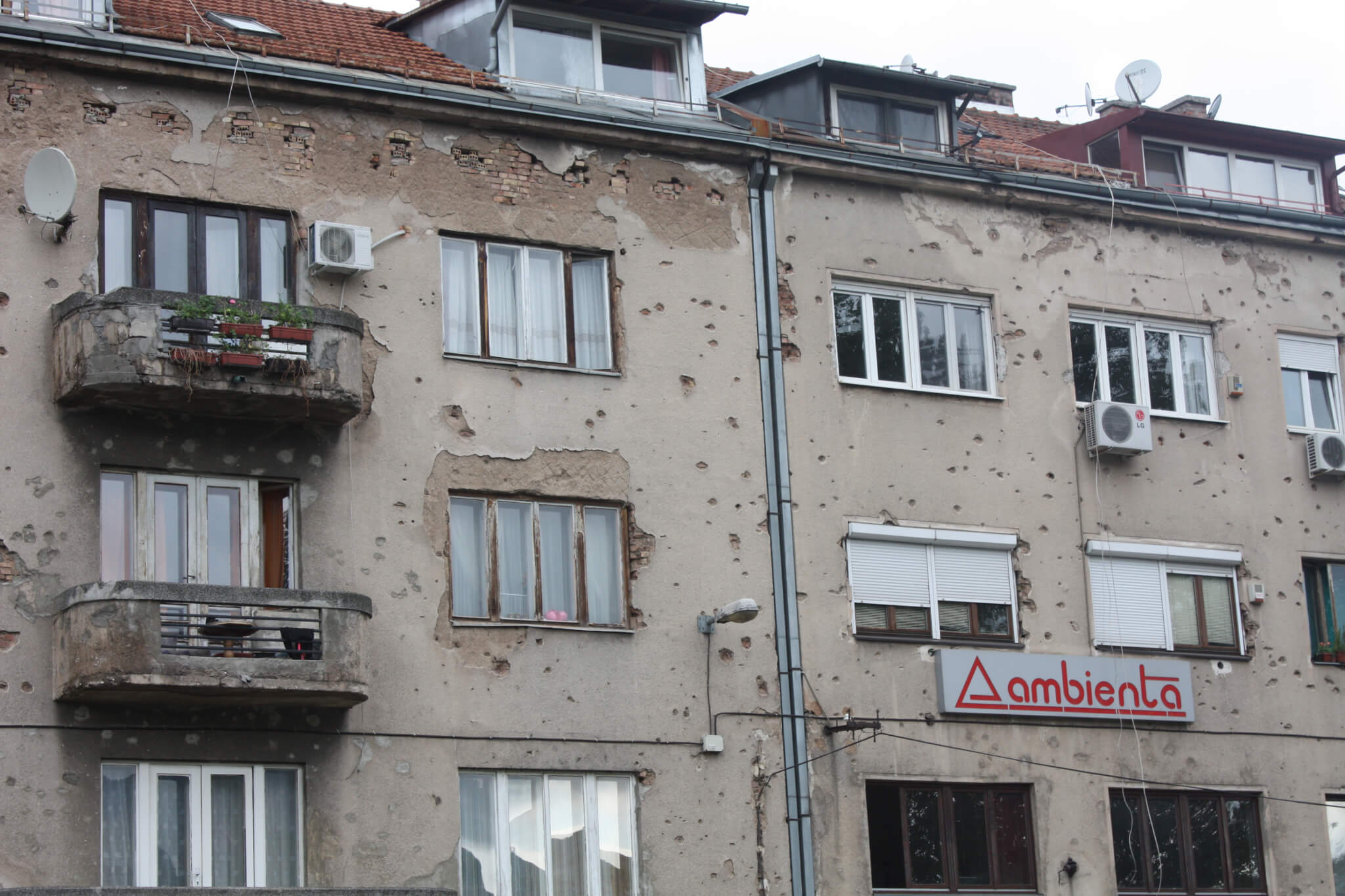 While others seperated, Boško Brkić, a serb and Admira Ismić, a bosniak, were a couple – both 25 years old. In 1993 they wanted to flee out of the besieged city into a serbian area. Both conflict parties assured them safe passage. Nevertheless, when crossing the Vrbanja bridge in Sarajevo, someone fired and ended their lives.

During the following days the whole world saw the unability of both sides to have a cease-fire for the retrieval of the remains. Mass media around the world showed two bodies lying in no man’s land. The United Nations declared being unable to help. Days later the serbian side retrieved the bodies. They are now buried on the Lav grobelje cemetery in Sarajevo.