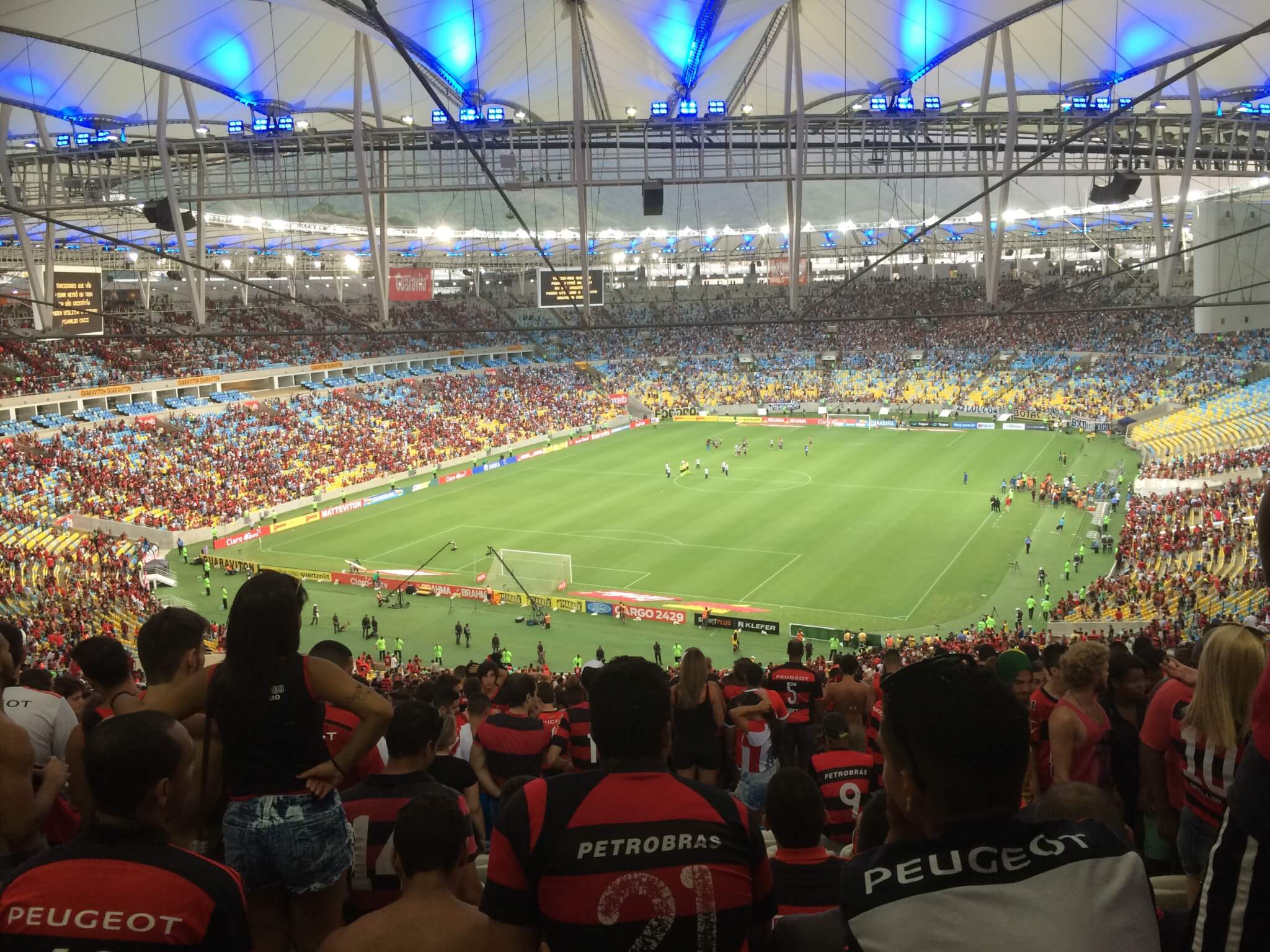 On my last day in Rio de Janeiro, the two most favorite teams in Rio – Botafogo de Futebol e Regatas (Botafogo FR) and the Clube de Regatas do Flamengo (CR Flamengo) matched at Estádio do Maracanã. Of course I had to be there. So I chose the colours red and black (kind of strange for me) and went to support Flamengo (“mengo – mengo – mengo!“).

I learned a lot about Brazilian soccer that afternoon: In Brazil, the teams play two tournaments a year. The national championship and a local championship – in Rio de Janeiro the campionato carioca. Because of the heat the game is divided into quarters and before the main game started, the youth teams of both clubs entertained the crowd with a match.

As I did not know how soccer is celebrated in Brazil I organised a group trip to the stadium. I was fetched at my hotel and the small group consisted of some North Americans, one Brazilian and lots of Israelis who celebrated the end of their military service in Rio. Before we got to the game we made a beer stop at a gas station to warm up.

Getting into Maracanã ment walking up long ramps outside of the stadium, having a nice view on the surroundings. We were in the upper stands together with the Raça Rubro-Negra, the supports of the CR Flamengo. During the game people were walking around selling water in plastic packs, but no beer was available anywhere. 🙁

I enjoyed the nice view on Cristo Redentor from the stands and saw a nice game – which unfortunately ended 1:0 for Botafogo. After the game my shuttle to the airport started. The driver was fan of Flamengo, the guide liked Botafogo. So we had to talk. 🙂 As the Botafogo fan was making bad jokes about Flamengo, I remembered that Botafogo just went into the second league of national champions and how Flamengos fans expressed this: “Oi, oi, oi – segunda divisão“. With this shout I made my driver really happy.

One Reply to “Botafogo x Flamengo”