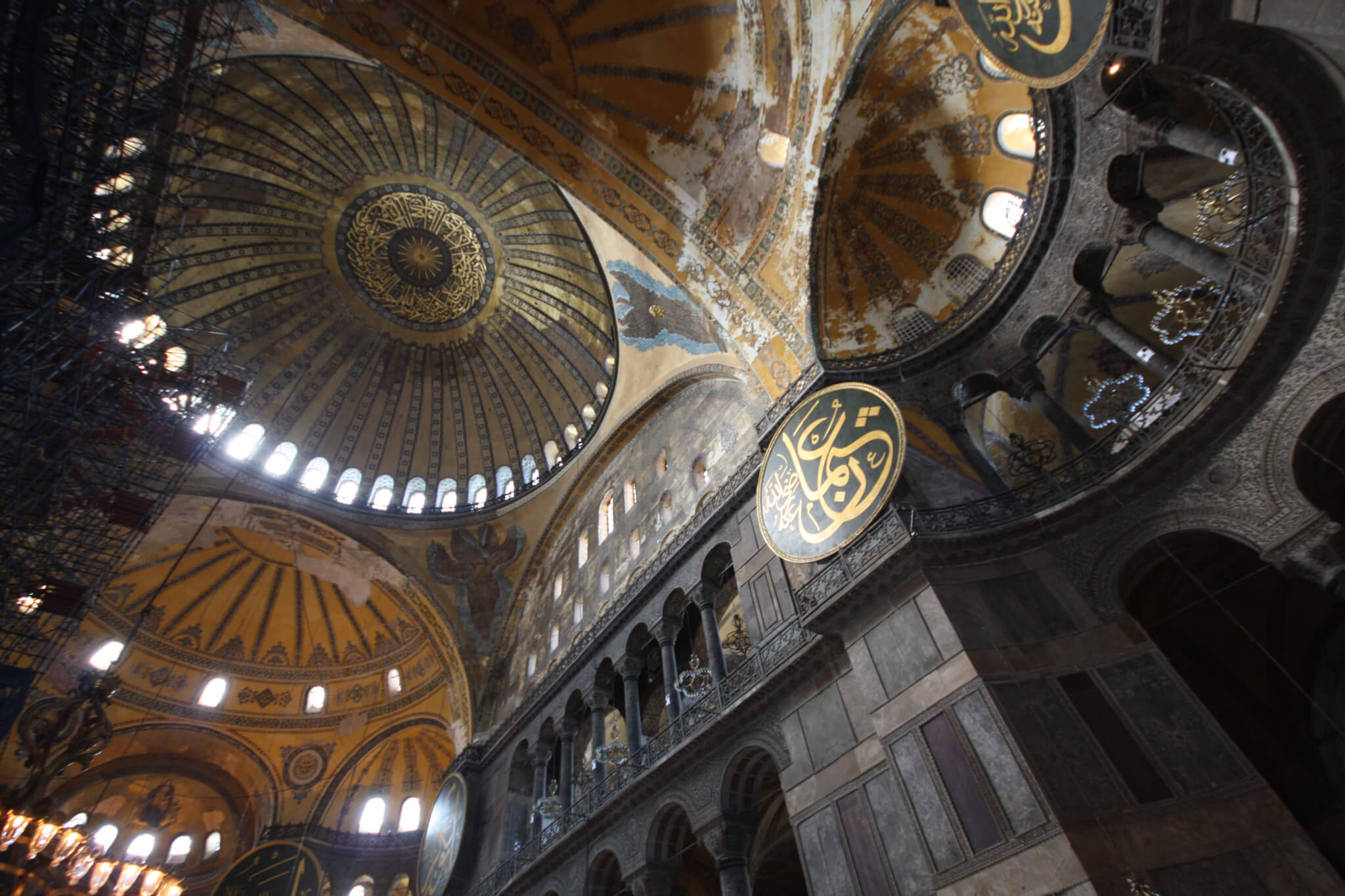 The Ayasofya Camii (also: Hagia Sophia, meaning “Holy Wisdom”) is a very well known mosque and former Christian church in Istanbul, Turkey. Today it is serving as a museum. It is still in restauration phase but the vast domes are impressive and it is very interesting to see the differences between the religions in this building: the images of Christianity removed and replaced against words.

The Hagia Sophia was built in 537 CE and was a Greek Orthodox church until the year 1453 – when Constantinople was conquered by the Turks. Only from 1204 to 1261 it became a Roman Catholic church. And from 1453 to 1931 it finally served as a mosque. It was the largest cathedral in the world until in 1520 the cathedral of Sevilla, Spain was finished. In 1935 Mustafa Kemal Atatürk, the founder of the Turkish republic converted the building into a museum.