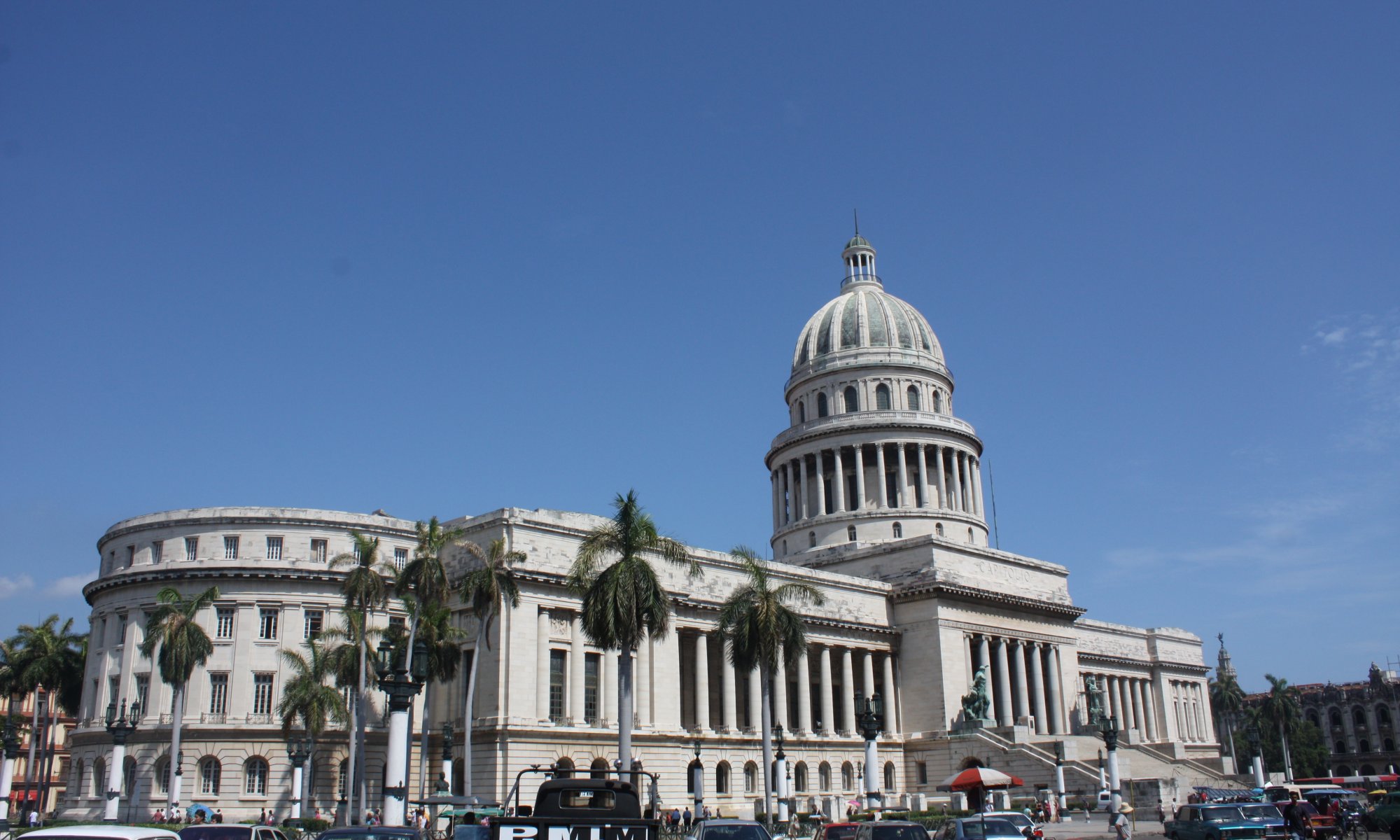 El Capitolio in the center of La Habana, Cuba is the former parliament of the island. It was built in 1929 and served for that purpose until 1959. It is currently under restauration and in 2018 the parliament shall move back in. People often see similarities in architecture with the Capitol in Washington, US. In fact, both buildings copy the style of St. Peter’s Basilica in Roma, Italy.

The area of the building was earlier a swamp, later used as a place to host slaves. Some trivia: the statue inside depicting Cuba is a woman, created by an Italian artist. The meeting rooms are named by the freedom fighters against Spanish colonialism – including José Martí and Simón Bolívar. The main gate shows the history since the discovery by Christopher Columbus in 1492.