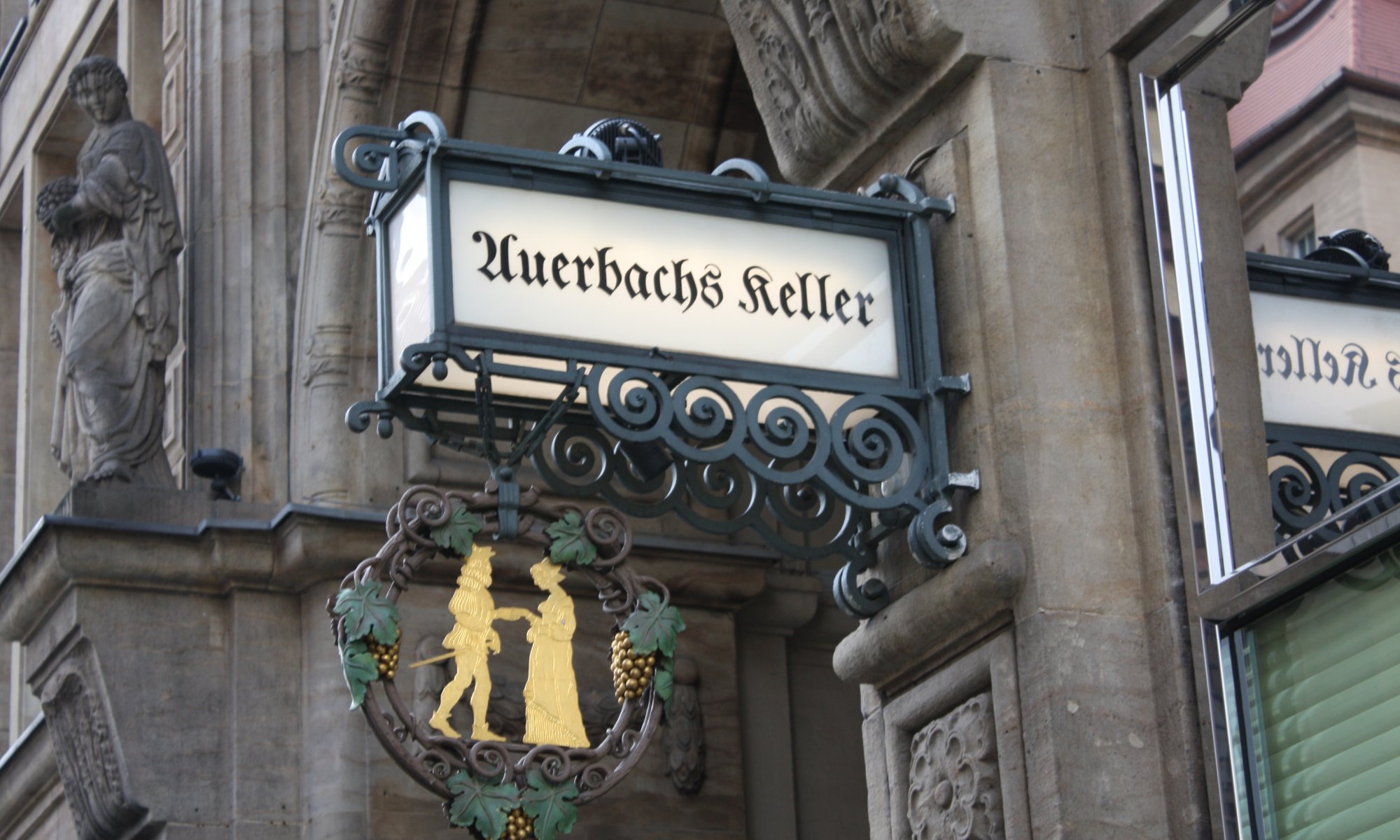 Auerbachs Keller is the second oldest and most famous wine bar in Leipzig, Germany. It is located within the Mädlerpassage and was first mentioned in 1438 CE. From 1765 to 1768 Johann Wolfgang von Goethe studied in Leipzig and got to know the wine bar.

He saw the image of the magician Faust there – a story he knew since his own childhood. As he wrote his famous Faust series he used Auerbachs Keller as a scene and created thereby a longlasting memorial for his favorite wine bar.