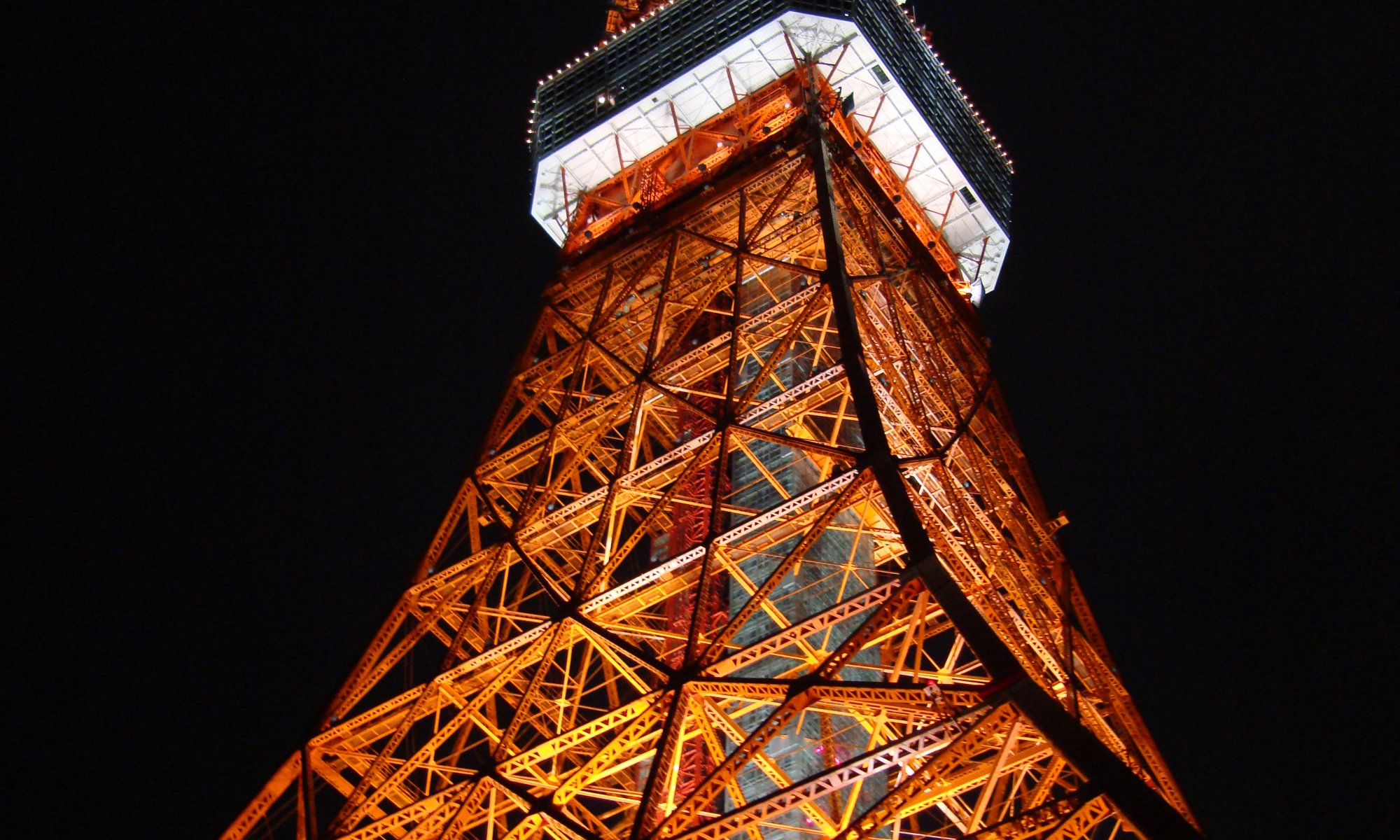 The Tōkyō Tawā is a television tower in Tōkyō, Japan. It is 332 meters high replica of the Tour Eiffel in Paris, France. It is made of steel and colored in orange and white to prevent planes crashing into into. It was built in 1958.

The tower is one of the highest steel towers of the world and a symbol for the restauration after World War II and the turn to the west. There are two platforms – one containing shops and restaurants at 150 meters and a viewing platform at the height of 250 meters.

At night it is enlightened by 176 light bulbs. The tower is often used in anime films and was destroyed multiple times in monster films like Godzilla. It is also shown in the James Bond film You only live twice from 1967.