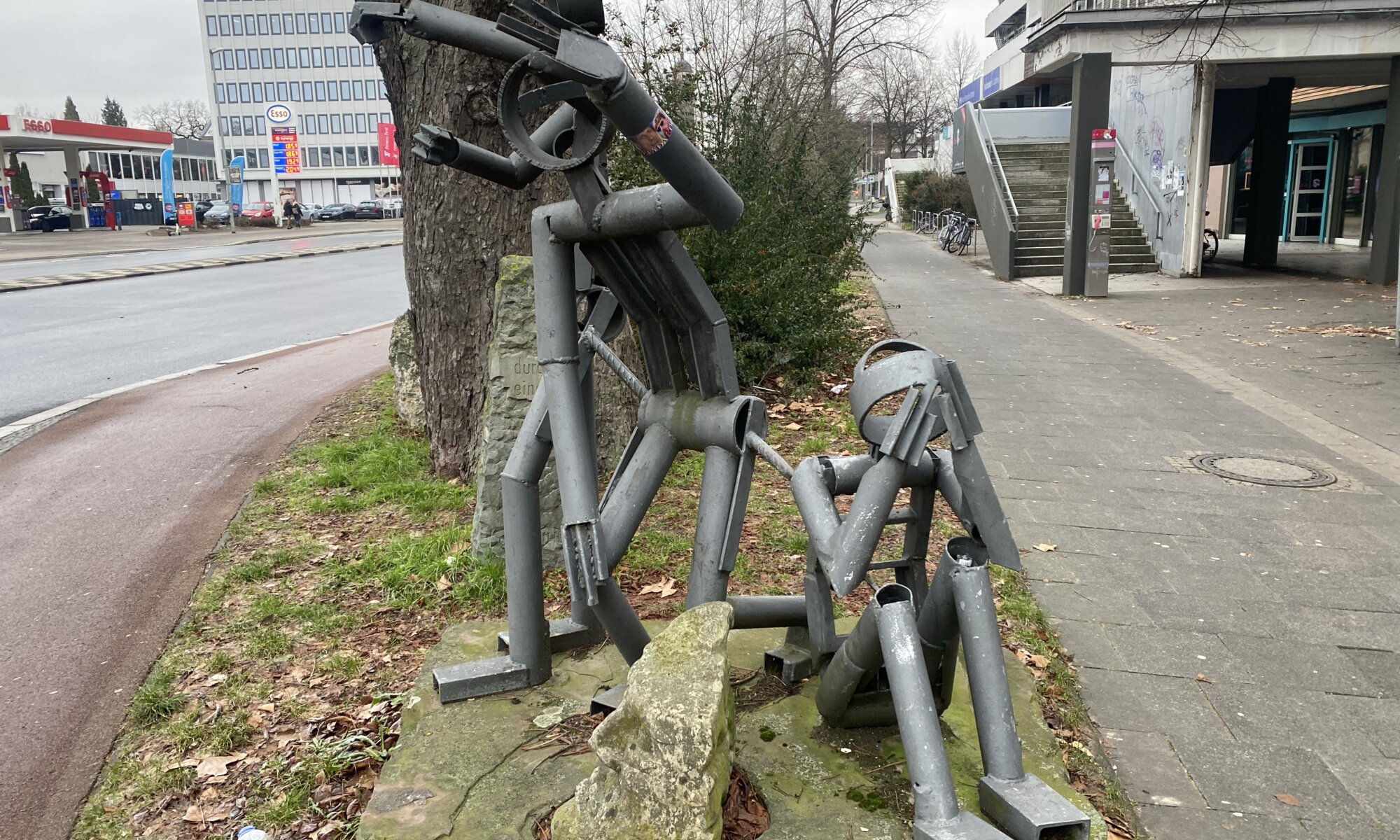 To engage in politics belongs to the DNA of Göttingen, Germany. Every week you’ll see rallies and demonstrations on local, national and international topics. The city has today a strong left scene which is because of the importance of the university (of the 120,000 inhabitants 30,000 are students), but also as a reaction to the fact that the city during Nazi times embraced the NSDAP fast. Already in 1930 the Nazi party received 37.8 % of the local votes.

At the end of the 1980s there were many conflicts with neo-fascists in and around Göttingen. Groups of them appeared to provoke and attack, especially the left-wing Jugendzentrum Innenstadt (Juzi) was a target multiple times. The left scene organized and was able to mobilize a hundred of antifascists to react to these provocations.

This also happened on November 17th, 1989, when a group of fascists gathered at the city center and was forced to leave by the police. Meanwhile the Antifa was mobilizing and part of that was Conny Wessmann, a 24 years old student. When she arrived with her group the fascists already had gone, but the police decided to search and identify the members of the group close to the Iduna-Zentrum in the Weender Landstraße.

Conny Wessmann, tried to flee and ran onto the four-lanes wide Weender Landstraße where she was hit by a car and died. Depending on your political standpoint this was either called a tragical accident or a political murder. It was a shock for the left scene and the other inhabitants of the city. For months people were gathering there to remember, every year a demonstration happened. The graffito ‘17. 11. 89 Conny von den Bullen ermordet‘ could be found everywhere throughout the city. Today a memorial stone and an abstract artwork commemorate what happened close to the Weender Tor.