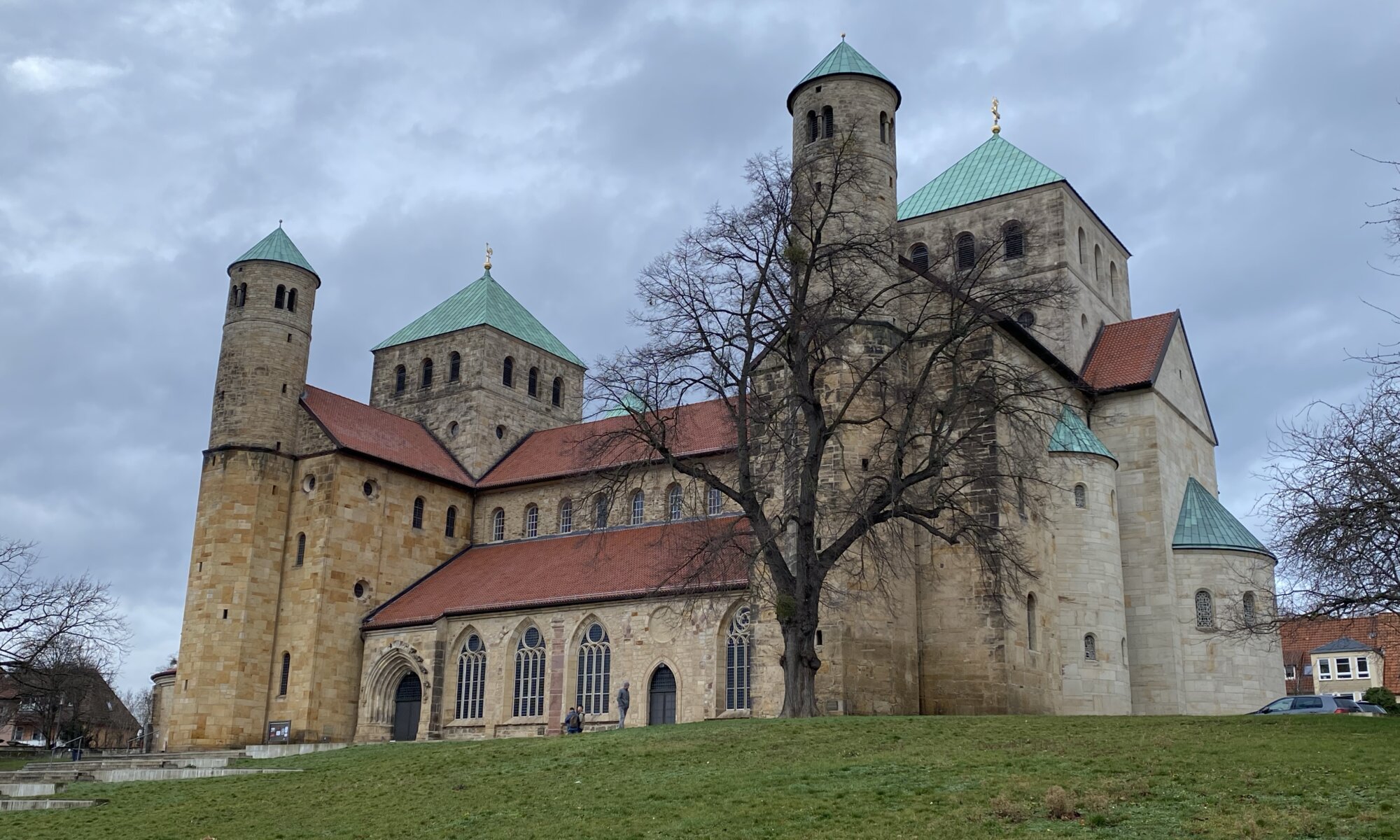 The Michaeliskirche of Hildesheim is rather looking like a castle from afar, especially because of its towers. Since the Reformation it is a protestant church, but the crypt of Saint Bernward inside belongs to the Catholic church and is actively used by them. Yes, that’s a quite unusual but good solution. Since 1985 the church is (together with the cathedral) an official UNESCO world heritage site, they give insight into religious art during the Holy Roman Empire.

St. Michaelis was built by the order of bishop Bernward of Hildesheim in the year 993. He was later also buried here, but the tomb inside his crypt is empty: since the Reformation you can find his remains in the Catholic church St. Magdalenen just a little bit south of St. Michaelis. The church is built in early-Romanesque style and dedicated to archangel Michael. During the air raid in 1945 the church was nearly completely destroyed but fully rebuilt until 1957. Don’t miss the red and white colored arches, the beautifully painted wooden roof and some ancient decorations that could survive World War II.