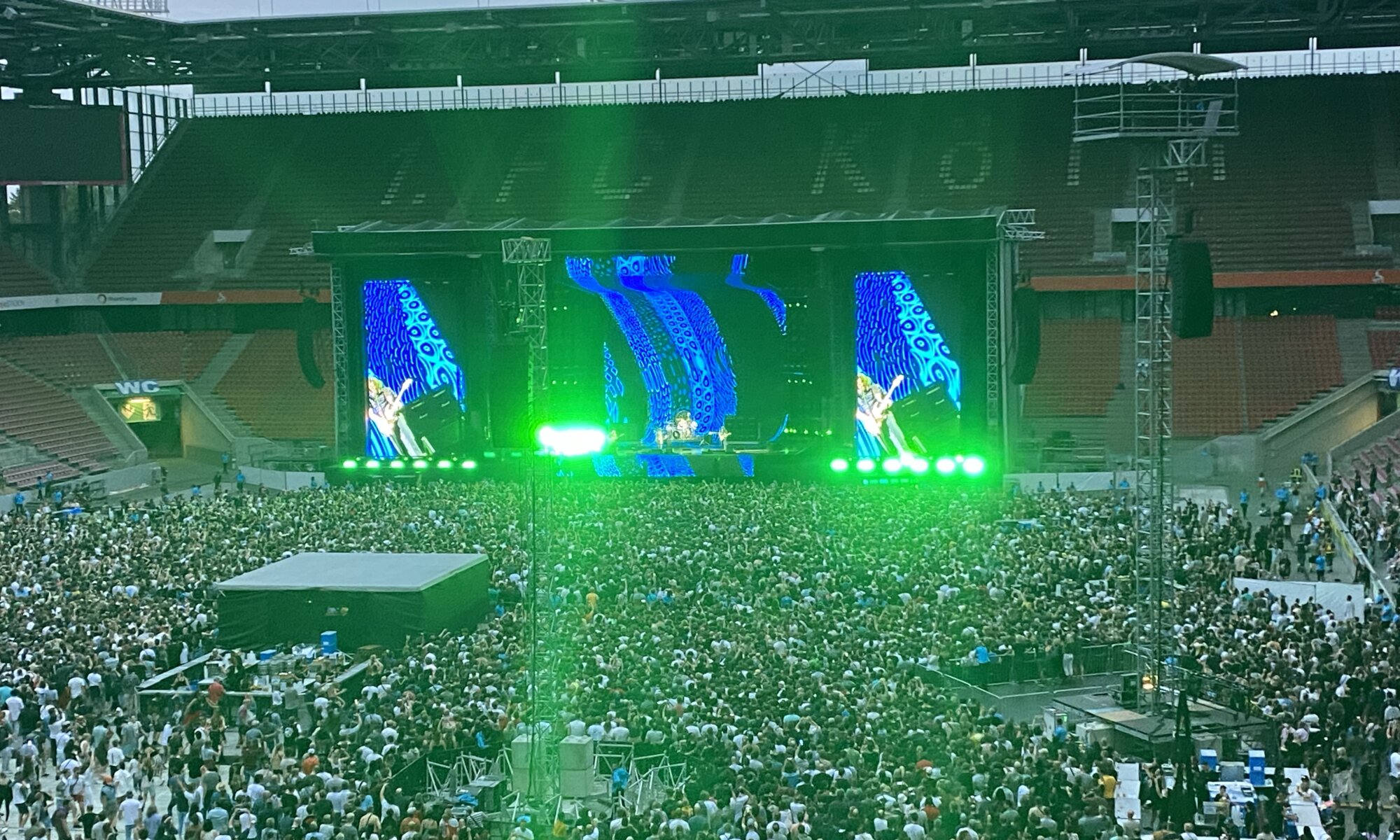 There are many good bands that contributed to the soundtrack of my life. One of them are the Red Hot Chili Peppers from Los Angeles and one day I had to simply see them live on stage. This year they were playing on my birthday at the Müngersdorfer Stadion of Köln, Germany. And as I tend to travel on birthdays to avoid the classic celebrations I couldn’t resist partying with the RHCP.

Anthony Kiedis, Michael ‘Flea’ Balzary, Chad Smith and John Frusciante created a fantastic evening with funk and alternative rock. But unfortunately I had booked a seat and learned that evening that front-of-stage is the only suitable ticket option. In addition I believe that soccer stadiums often don’t make perfect concert locations. I typically prefer indoor concerts in smaller venues; but for the Chili Peppers I was willing to make an exception. Another point of the bucket list checked off!