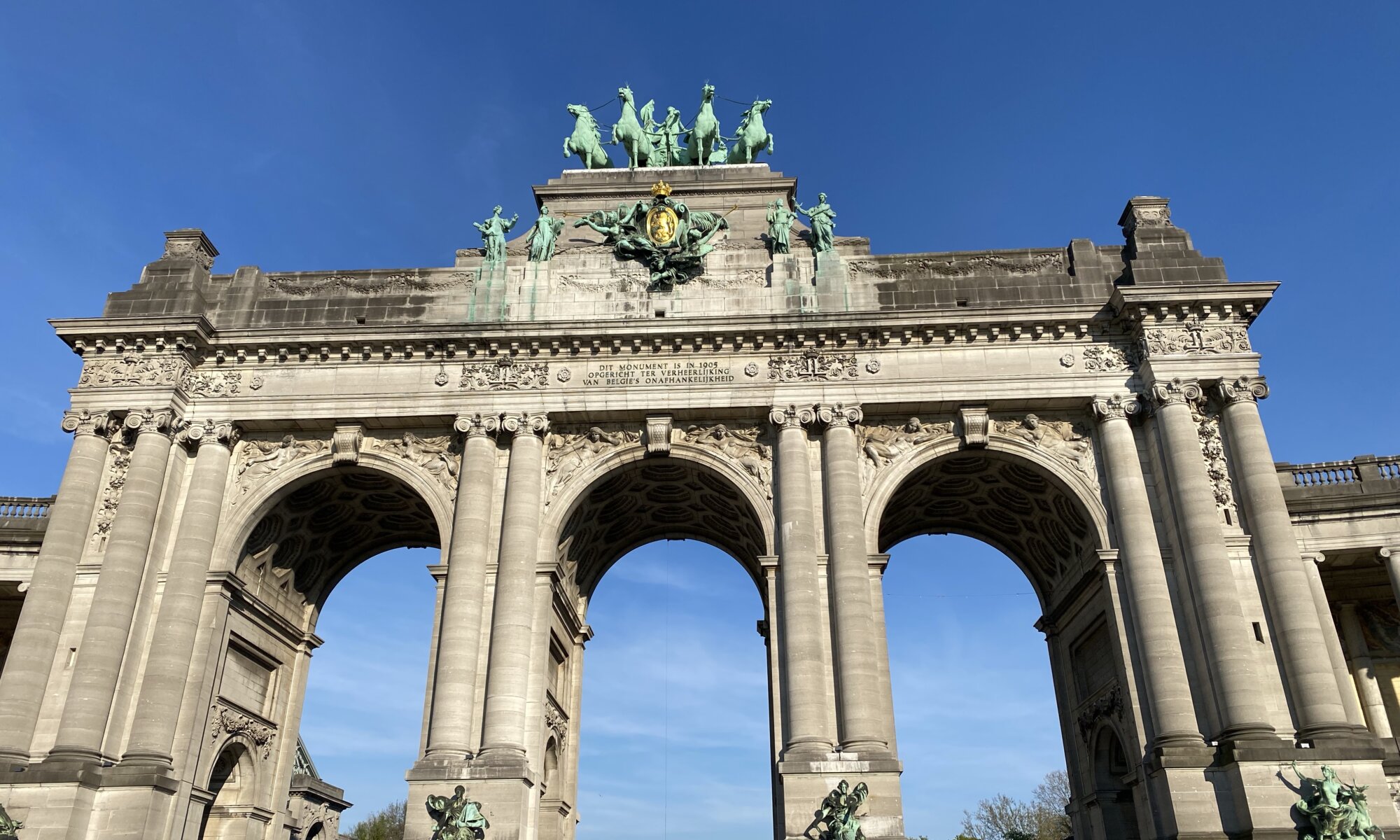 One of the most beloved gardens of Bruxelles is the Parc du Cinquantenaire (or Jubelpark). It can be found close to the European Quarter in the East of the city and offers a massive amount of space, long paths for strolling and jogging and three museums: the Art & History Museum, the AutoWorld and the Musée Royal de l’Armée. Most dominant item is the Monument du Cinquantenaire, a giant triumphal arch visible already from far away.

In 1830 Belgium became independent from the Netherlands following the Belgian Revolution. Therefore, king Leopold II planned festivities for the 50th anniversary in 1880 and converted a formerly military training camp to the new Parc du Cinquantenaire. The triumphal arch itself had some delay as the government doesn’t want to fund such a ‘useless building’. It was finally finished in 1905 using the private funds of the king.