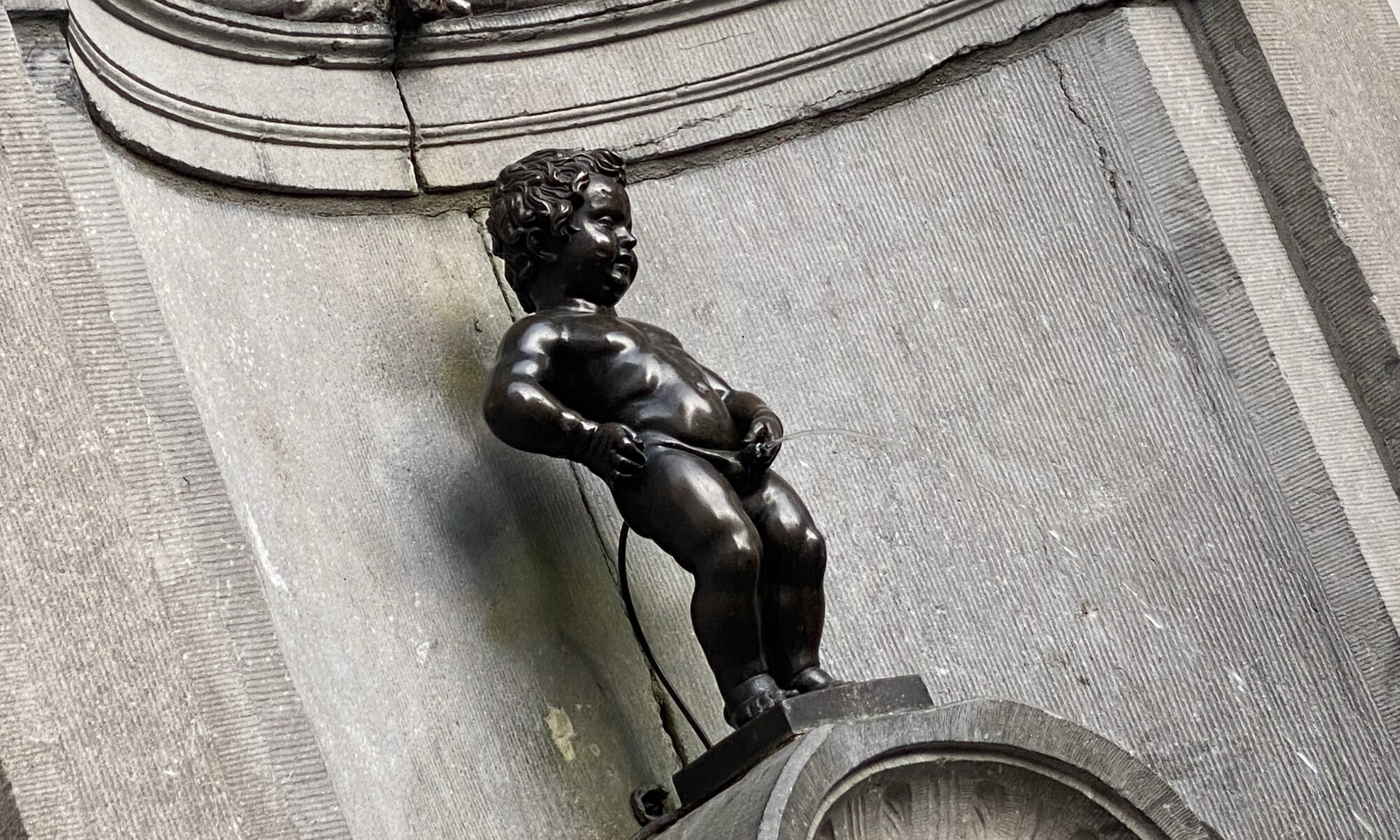 It might sound weird, but one thing that people immediately connect with Bruxelles is a fountain including the statue of a urinating boy, the Manneken Pis. The current statue was designed in 1619 but the tradition goes back to the 15th century CE. You can find it in the city center at the crossing of the roads Rue de l’Etuve, Rue des Grands Carmes and Rue du Chêne – always surrounded by tourists.

Meanwhile the Manneken Pis has found new friends: there is also a urinating girl, the Jeanneke Pis, and a dog, the Zinneke Pis, that you can both found distributed in the city center. Some people might be disappointed because the statue is rather small; it is like with the Lille Havfrue at København. But the statue is much beloved and often also decorated with costumes for special days. You can also apply to donate a costume yourself. Close to the Manneken Pis there is a museum showing a wide range of costumes the statue ones wore.