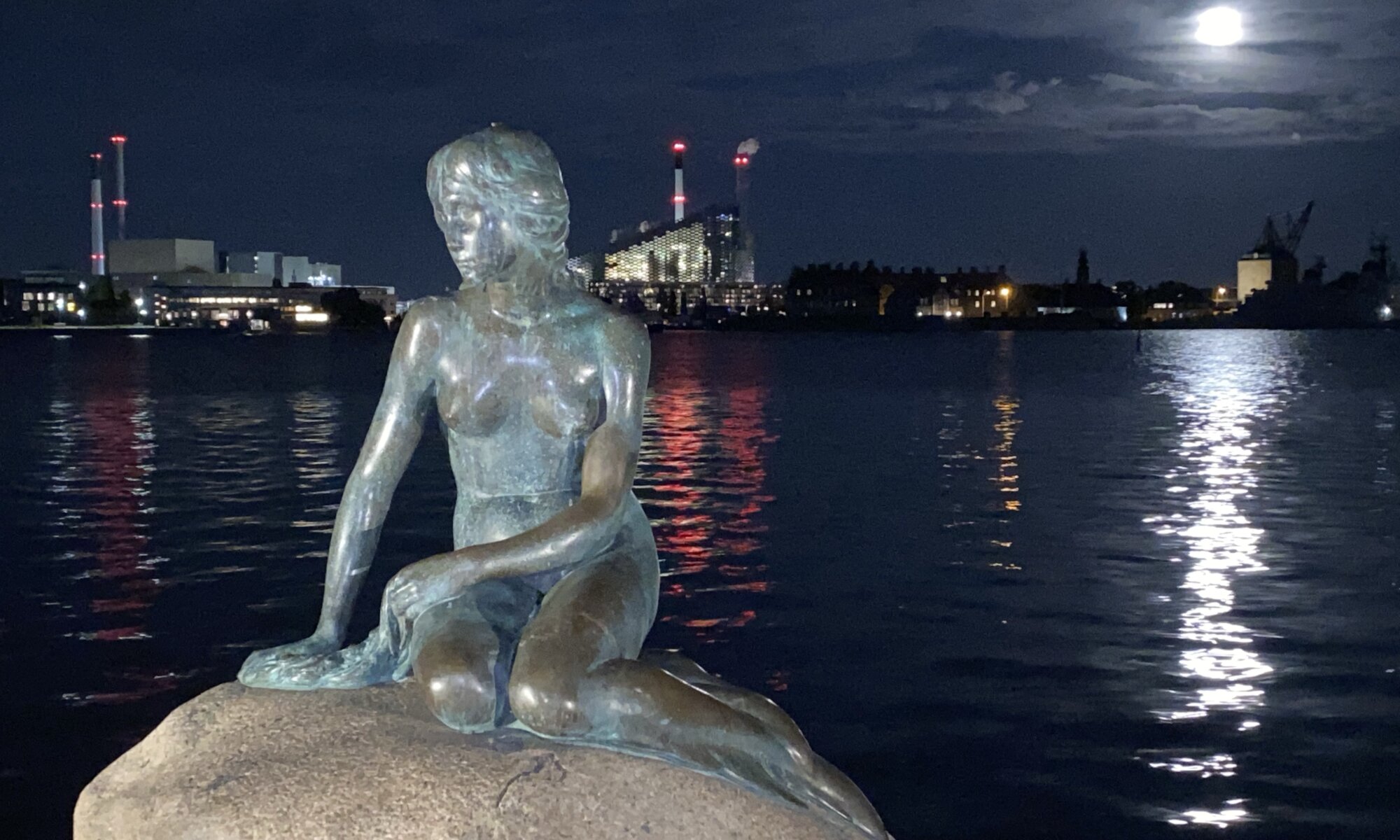 The absolute and unquestioned icon of København, Denmark, is a little mermaid located in the harbour of the city. In Danish, it is called Den Lille Havfrue. People often imagine it as much larger but it is a rather small bronze statue (125 cm, 175 kg) sitting on a stone – which becomes more beautiful when it is illuminated at night. It can be found at the Langelinie, north of the city centre.

The statue refers to a fairytale of the well-known Danish writer Hans Christian Andersen. His book Den Lille Havfrue was an inspiration for many artworks and especially a lot of films like the famous Disney movie The Little Mermaid (1989) – since that time the name Arielle is connected to mermaids in the heads of many people.

It was inaugurated in 1913 and financed by Carl Jacobsen who is part of the family which owns the famous Carlsberg brewery. The design was made by Edvard Eriksen who took different artworks and women as a base. Unfortunately, the statue in place is only a copy – the original is hidden in an unknown place. Maybe that isn’t the worst solution as the little mermaid has been vandalized different times in the past.

One Reply to “Den Lille Havfrue”