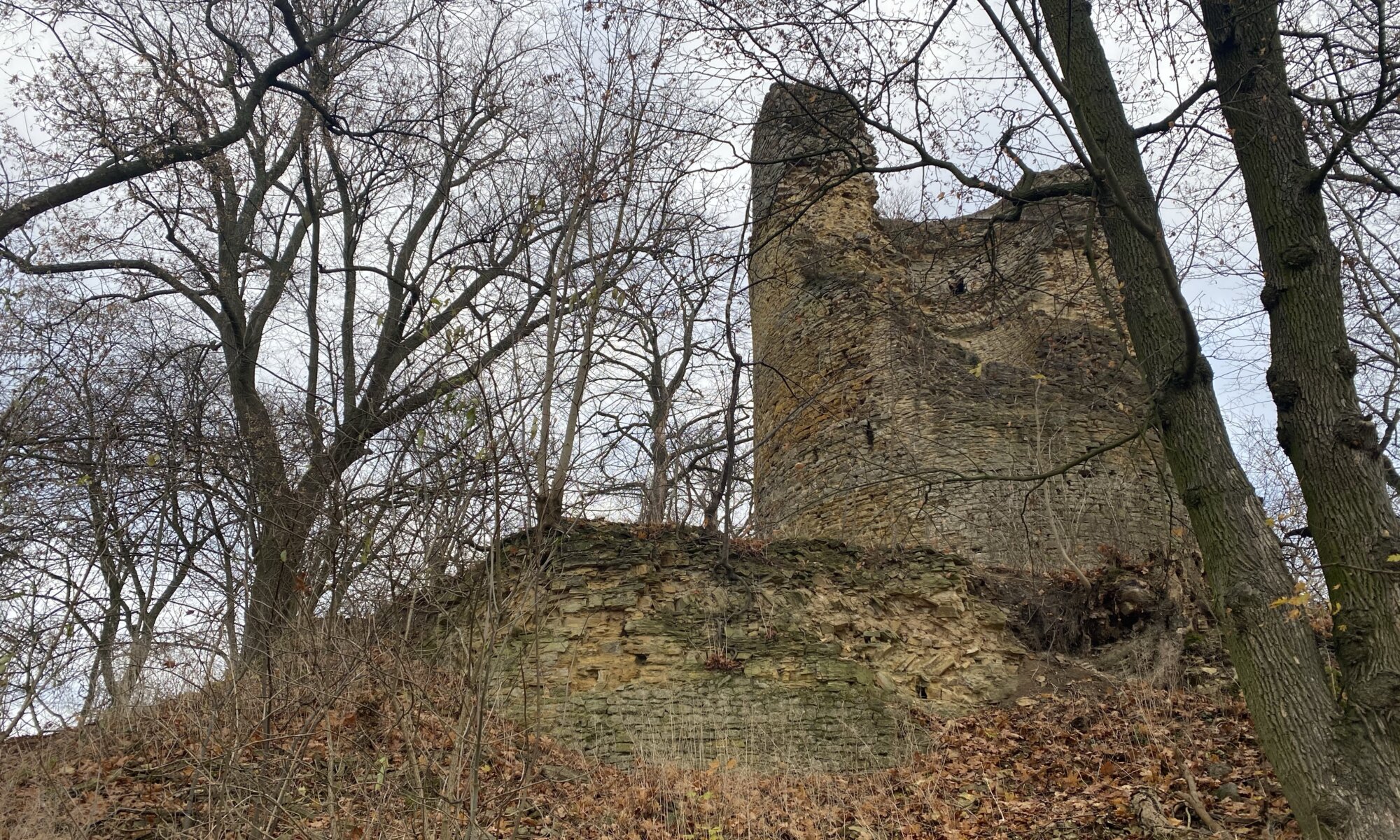 While roaming art museums around the world I learned that ruins are an often-used symbol for the caducity of life – at least in romanticism. A prototype for such a painting could be the Burgruine Schartenberg or Schartenburg close to Zierenberg, Germany. The only thing left is the donjon with impressive walls that have a thickness of three metres. Around the donjon, you can see some structures on the ground, plateaus that show you how large the castle and the neighbouring Groppeschloss once were.

The castle was first mentioned in the year 1020 CE and has seen different lords and commanders come and go. It was in use for nearly 500 years and around the year 1518 CE it was described as ruinous and abandoned. Even though there are no seats or other facilities around the castle can serve as a good hiking destination. It can be found north of Zierenberg and should not be confused with the Schreckenbergturm which is located two kilometres south of it.