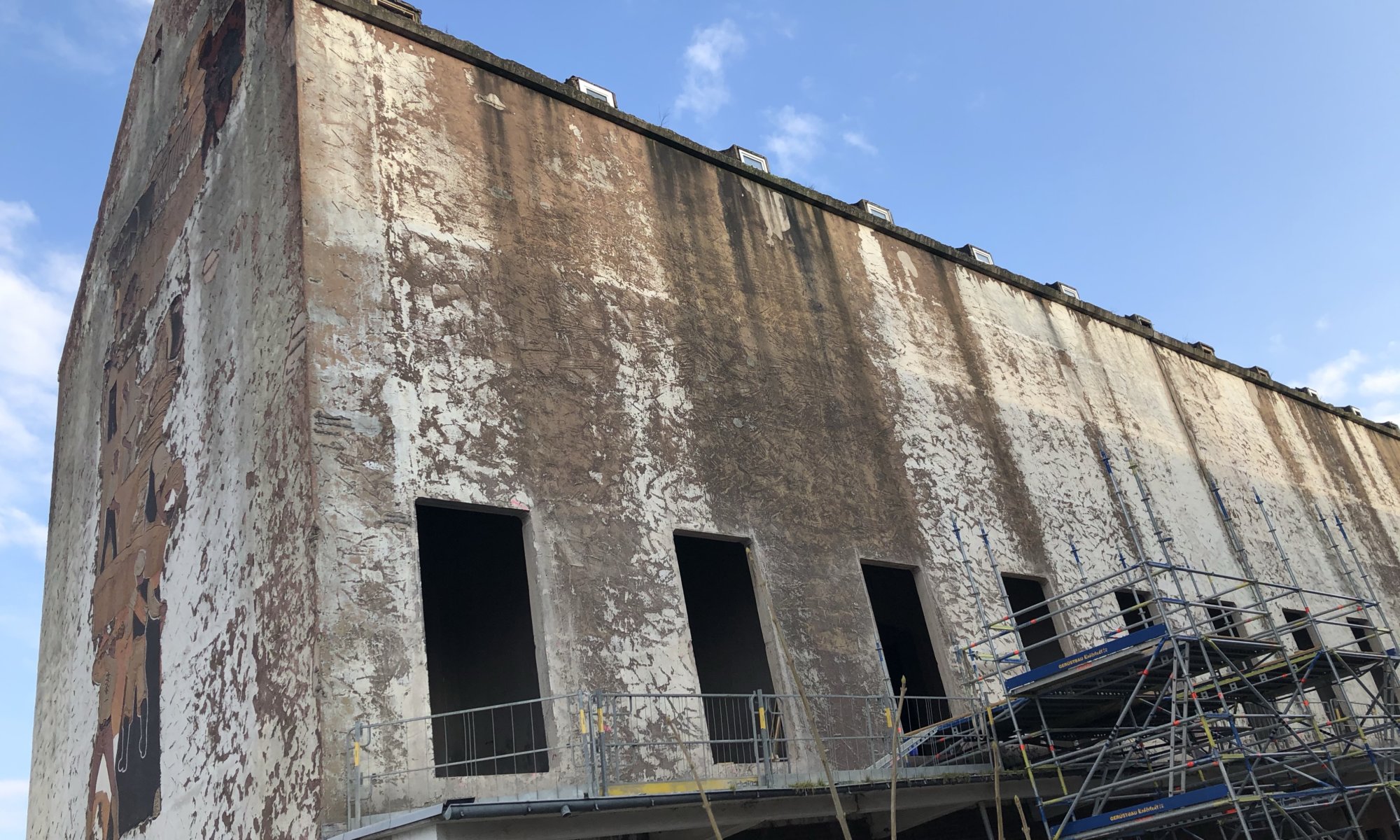 Locals call it the Nazikaserne (Nazi barracks): the Magazinhof at Kassel, Germany. It was built in 1940 for the Wehrmacht which used it to store grain and other food (it was officially called Ersatzverpflegungsmagazin). After the war, the Bundeswehr took over the three buildings and stored cloth inside. In 1994 the army moved out, the buildings deteriorated, trees began to grow within the buildings, vandalism happened and fires broke out. But the building was protected by monument protection and therefore it was hard to sell.

Most impressive is a Nazi-style mural on one of the buildings which is still visible today. It shows the ideal world of the national socialists: a giant blond man is preparing his scythe, blond women gather grain, oxen pull a cart. It is a depiction of the blood and soil (‘Blut und Boden‘) ideology of the Nazis. It was painted by Rudolf Ehalt in 1940 as an inscription says. Recently the grounds have been sold and the buildings are now renovated – whether the mural remains as a memorial (maybe with explanations) or not is not yet known.