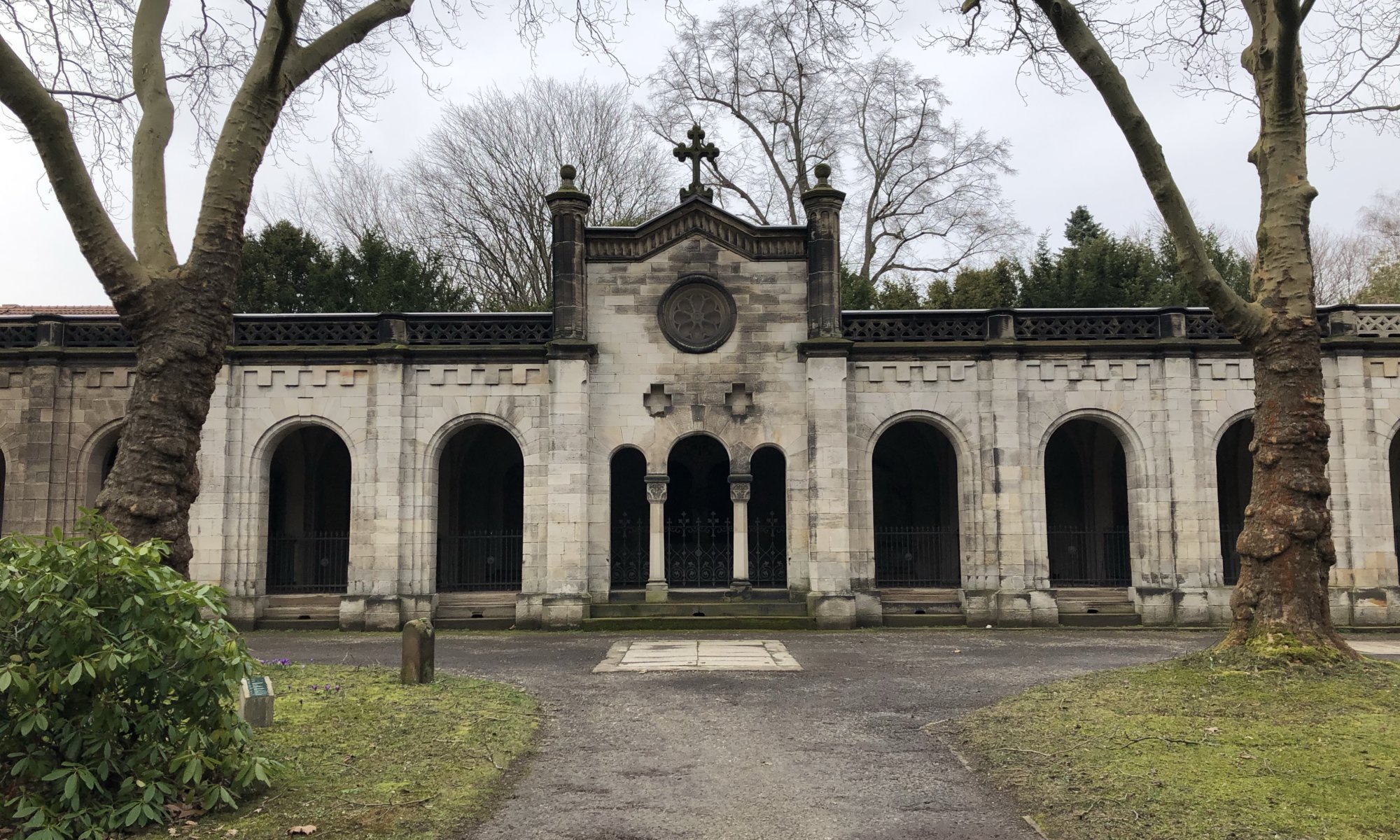 The Hauptfriedhof (main cemetery) of Kassel, Germany is located in the northern part of the city and dates back to the year 1843. You will find many old graves and monuments there – but still today people are buried here (graves are typically removed after 20 years). Well known people buried here are Philipp Scheidemann (an important social democrat from Kassel, the family Henschel (important industrials), Ludwig Emil Grimm (a younger brother of the Brothers Grimm) and composer Louis Spohr.

Between the graves, you can also discover some memorials, for forced labour workers who died in the city or for the victims of the air-raid in 1943 which destroyed the city centre to 97 %. Next to a giant stone with an inscription, you will find stone crosses with the names of the victims on a vast field. The cemetery also has very nice ancient buildings which made it a filming location of a recent episode of the famous TV series Tatort (‘crime scene’).