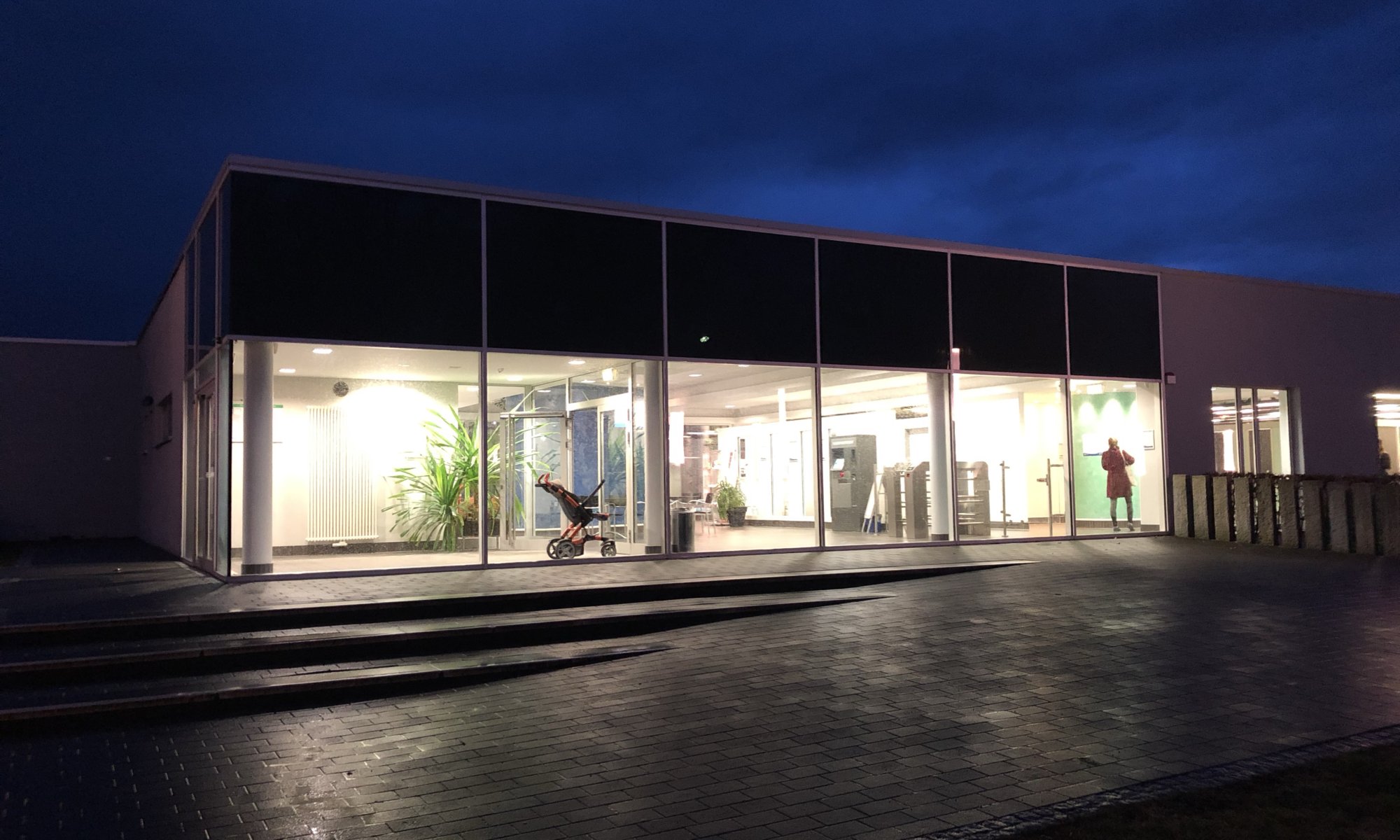 The Hallenbad Süd is an indoor swimming pool at the city quarter Brückenhof of Kassel, Germany. It is existing since 1971 but it was completely refurbished in 2010 and is a very modern facility. You will find two pools – one for children and a 25 metres sports pool. Within Kassel, the Hallenbad Süd is rather remote but it is worth getting here. Only day tickets are offered and cost 3,50 Euro – the same you would pay for 1,5 hours in the Auebad (if you get a discount by getting a customer loyalty card).

Swimming there is very relaxed because you don’t have any time pressure. It is rather small but offered enough space to swim when I was there. What was my reason to get there? The Auebad was closed due to a sports event – and the Hallenbad Süd was offered as an alternative. You can swim here typically between 10 am and 10 pm – but they sometimes open earlier (especially for women only on Saturdays). There is a bus stop directly in front of it (bus 12 stops there) but you can also get there by tramway 3, 4 and 6 (which stop at Heinrich-Plett-Straße some meters down the road).

At the Hallenbad Süd you’ll find no cash desk – there is only a vending machine. Here you can pay by cash, card or customer card (which is the most simple way). The machine gives you a ticket with a barcode. This code has to be shown at the entrance gate when entering and leaving (so don’t lose that card). When using a locker there you need to put a one Euro coin inside the lock – be prepared for that. The temperature at the sports pool is rather warm in contrast to the one at the Auebad.

One Reply to “Hallenbad Süd”