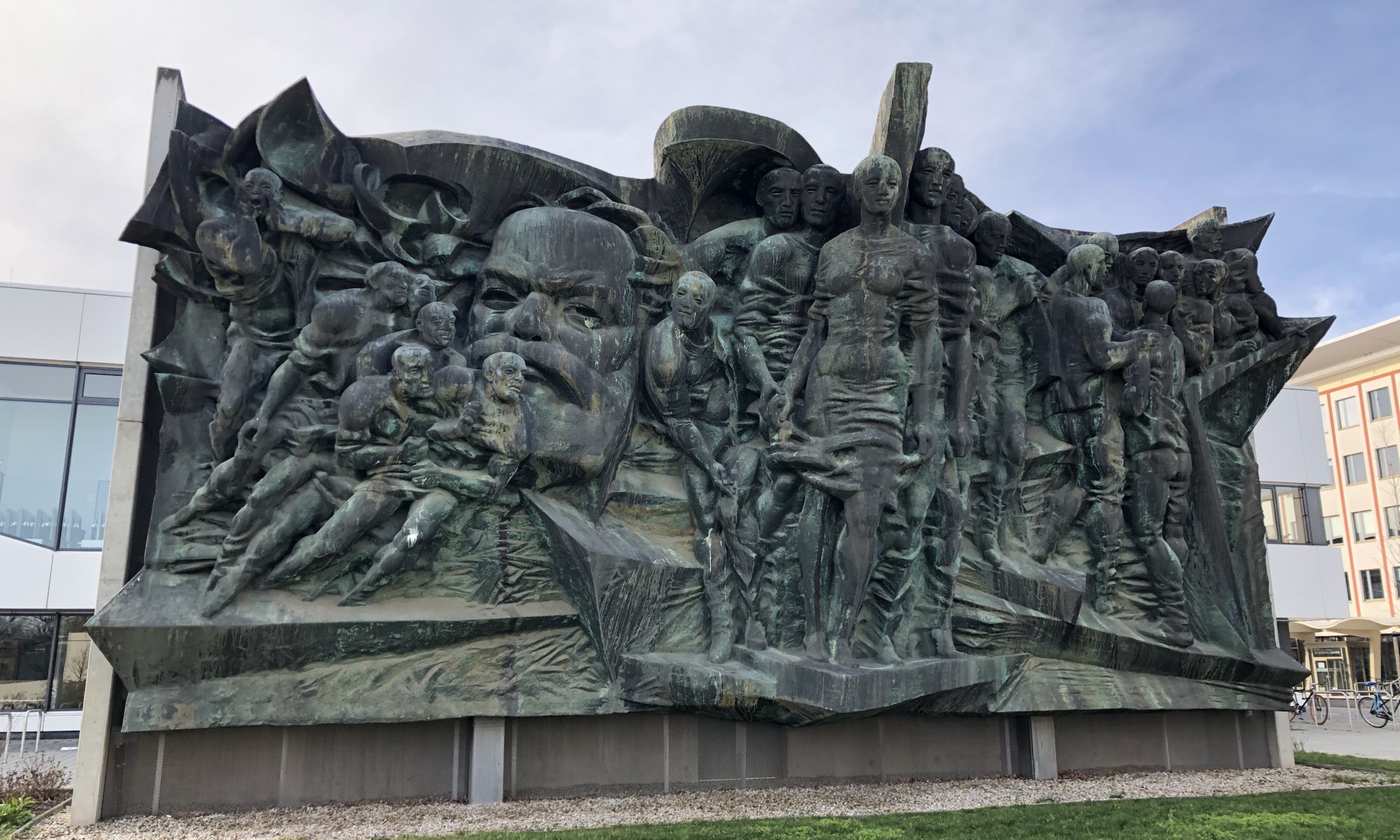 Between 1953 and 1991 the university of Leipzig, Germany, was named Karl-Marx-Universität after the author of ‘Capital. A Critique of Political Economy‘. In 1968 the church belonging to the university (Paulinerkirche, inaugurated in 1240) next to the Augustusplatz was destroyed to build a new university building. There was no place for religion in the German Democratic Republic (GDR). In 1974 a giant artwork called ‘Aufbruch‘ was attached to this new building showing Karl Marx and honouring him and the Marxism. It is 14 meters long, 7 meters high and has a weight of 33 tons.

After the German reunification and the breakdown of the GDR the artwork was removed in 2006. A discussion started on what to do with such an historical work: some wanted to bury it under the earth, others wanted it to be displayed and commented. Today it is placed at a remote location of the university, the Campus Jahnallee (not far from the Zentralstadion). There is now a distance between the university building and the artwork and a text explains its history. And the Paulinerkirche? You can see it again at the Augustusplatz: the new university building there (opened in 2017) has the outer shape of the ancient church once standing at this place.