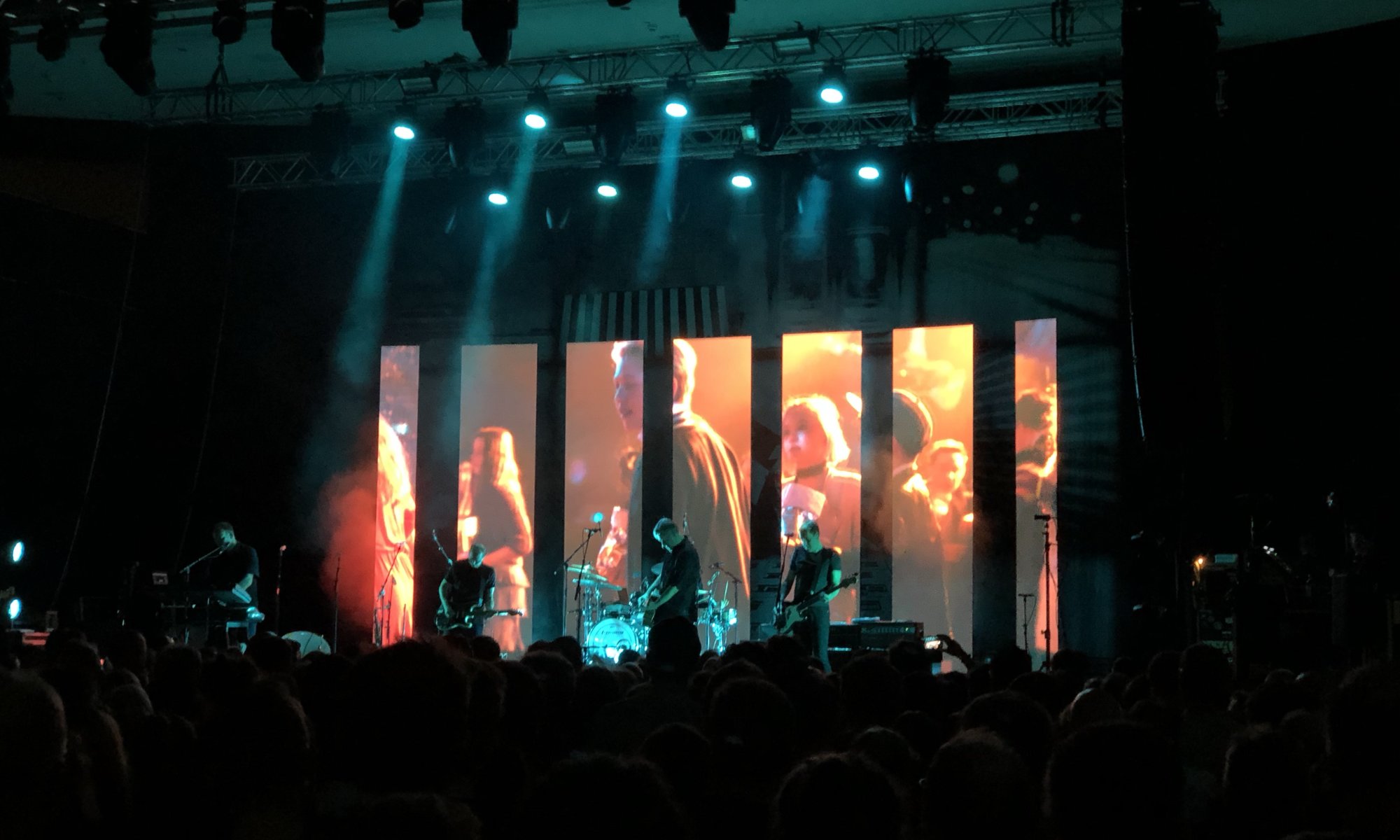 If you give a place a name as long as Musik- und Kongresshalle then it’s pretty normal that the locals will start to abbreviate. For them this concert hall and event centre opened in 1994 is simply ‘die MuK‘. Philharmonic concerts use a special room within the building, for other concerts the stage is placed in a giant foyer. A multifunctional building saves money but everything feels a little bit improvised: the windows closed with cloth hanging from the ceiling and mobile barriers (called Hamburger Gitter) needed to ensure a proper entrance check for the crowd.

What I disliked about this place is that they sell beer in miniature plastic cups (0.3 litre) for 4 Euros. But the most important thing: the acoustics are good and therefore it was a pleasure to be there. I came to Lübeck for the last concert in 2020 of Kettcar, a German rock band from Hamburg. It was also the last concert before they started a band pause and it was nice to party with them once again.

The MuK is located on an island within river Trave on which formerly the ramparts of the city were existing. It can be easily reached both from the city centre (there is a bridge next to the concert hall) and also on foot from the railway station. Around the Musik- und Kongresshall you will find many hotels and parking spaces. Arriving there made me feel a little bit like at home as on the roof I discovered an artwork that I know from Kassel: During the art exhibition DOCUMENTA IX in 1992 statues of six persons made of burned ceramics were placed on the top of the Rotes Palais at the Friedrichsplatz in Kassel. It is the work ‘Die Fremden‘ (the foreigners) of Thomas Schütte and it has been split up: three of them remained in Kassel, three are now on top of the MuK.

One Reply to “The MuK”